With 'Stay Home' Order Lifted, Fresnans Letting Their Hair Down, Ready to Dine Out 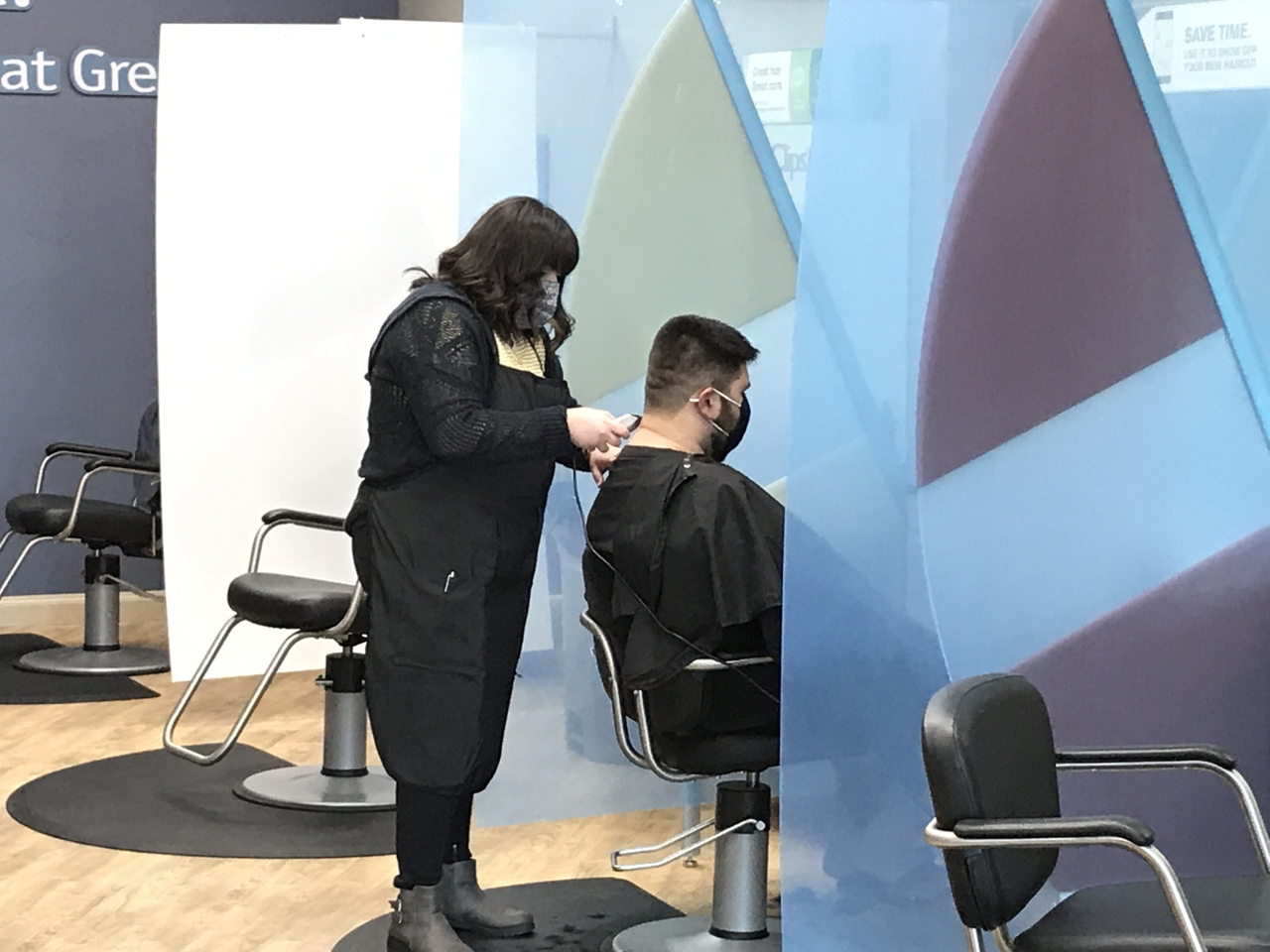 Just a day after Governor Gavin Newsom announced an end to the state’s regional stay at home order that’s been in place since December, Fresno residents were able to let their hair down Tuesday, literally.

The change allows local businesses such as barbershops, hair salons, and restaurants to resume outdoor operations.

GV Wire℠ took a drive around town to see what the change looked and felt like.

Supercuts at Shaw and Marks was bristling with activity shortly after opening at 9 a.m.

GV Wire℠ walked inside and there were already several people sitting ‘socially distanced’ in the waiting area while another person was in a chair getting a haircut.

The phone was ringing and the only employee working seemed frazzled when she told us, “We’re so busy!” 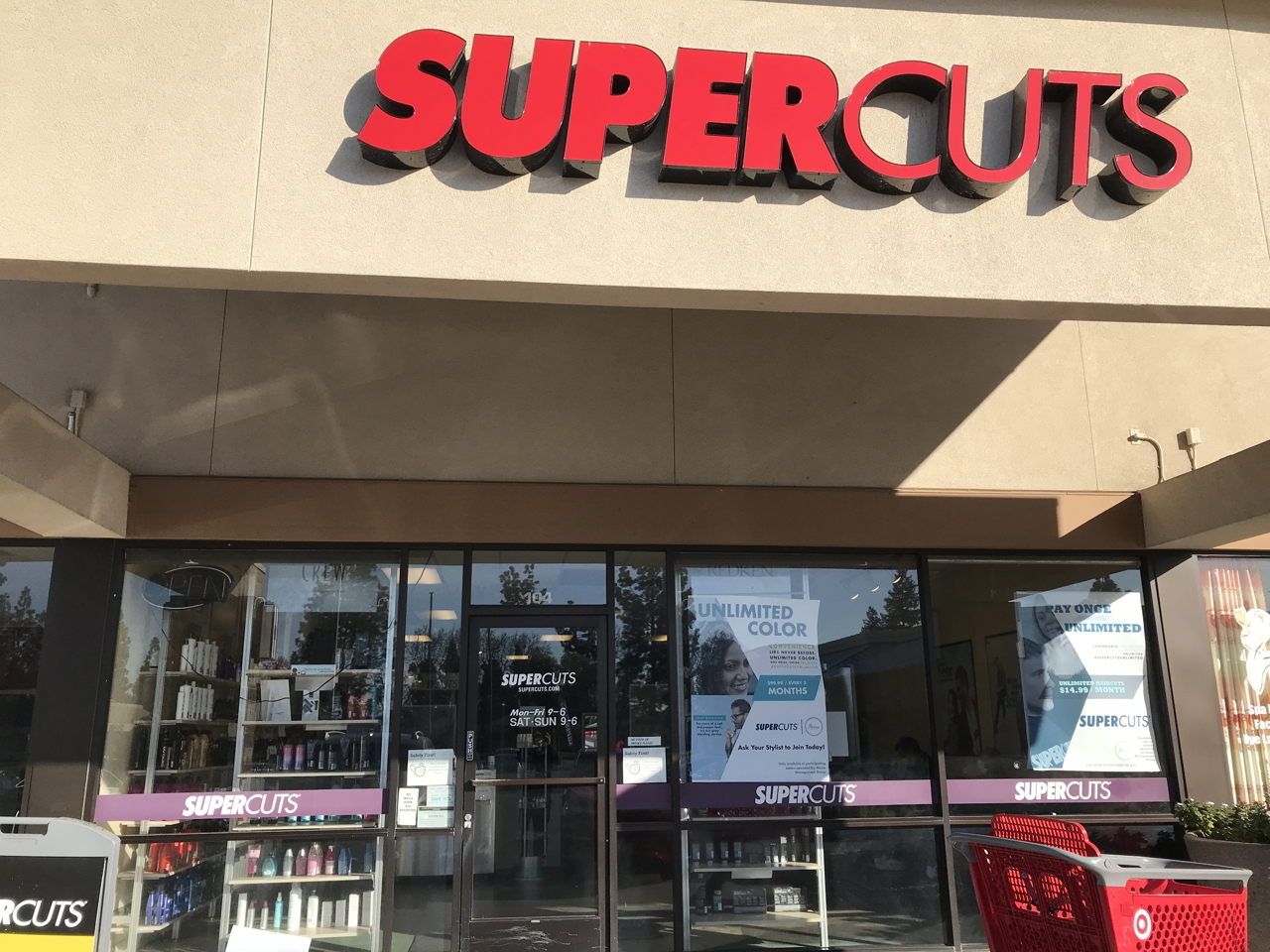 Supercuts at Shaw and Marks opened at 9 a.m. Tuesday to a steady stream of customers. (GV Wire/Jim Jakobs)

The ‘open’ sign was lit up in red, and in case that wasn’t enough, a sidewalk sign made sure any would be patrons knew that walk ins were already being welcomed around 9:30 a.m. Tuesday.

At least 4 people were already getting haircuts when GV Wire℠  stopped by the Shaw and Valentine location in northwest Fresno.

The manager and a customer told us several times, “Make sure you tell people there is a Great Clips app that allows people to get their appointment set up ahead of time online.” 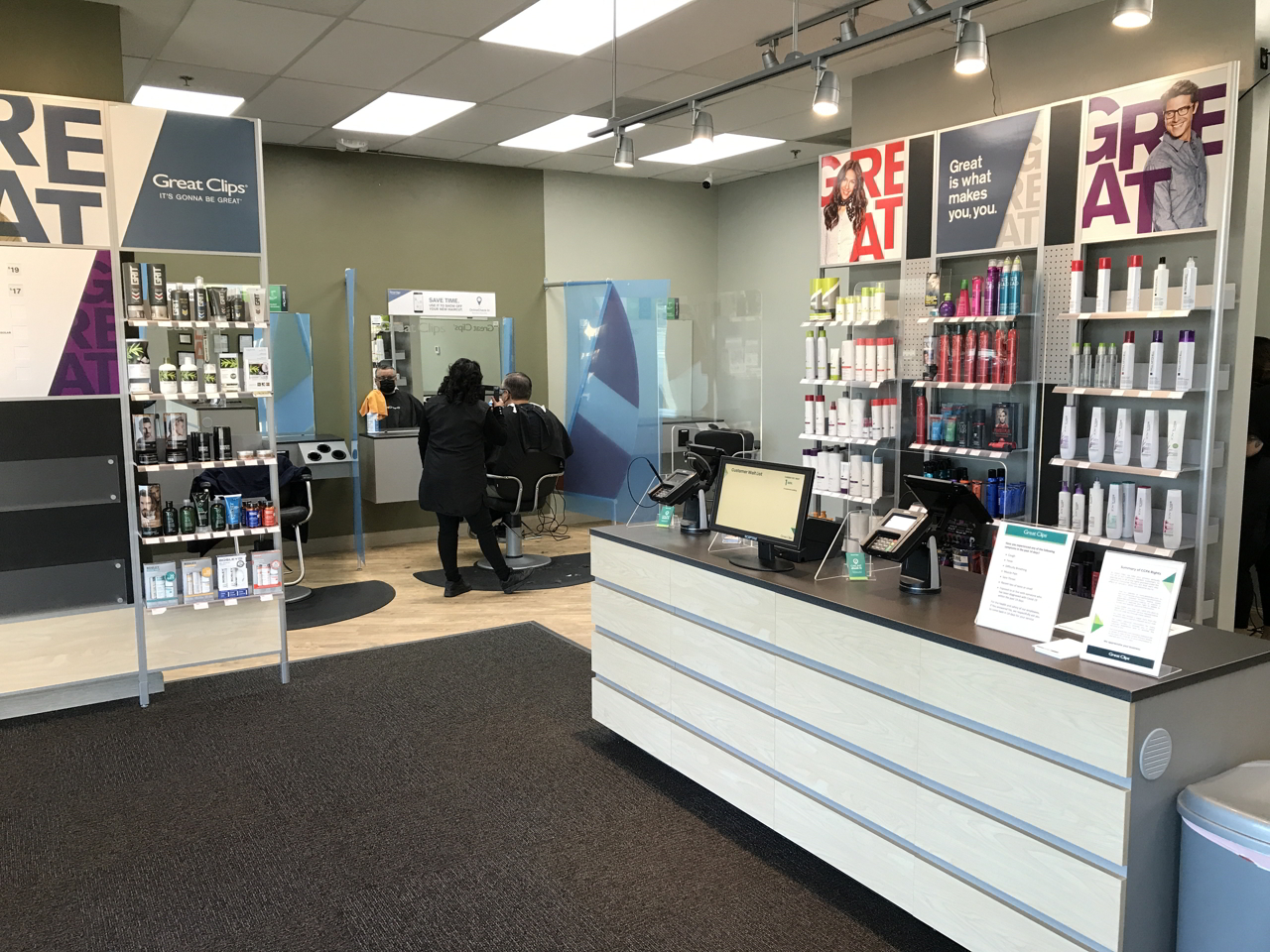 Great Clips employees were almost too busy to speak with GVWire Tuesday morning. The store at Shaw & Valentine is reopened at 9 a.m. (GV Wire/Jim Jakobs)

Shirinian says the restaurant and bar will be open normal hours, seven days a week. Music was heard playing in the background when GV Wire℠ stopped to take a photo around 9:15 a.m. Tuesday.

“Also, we will resume our ‘Wine & Whiskey Bar Thursdays’,” says Shirinian. “John O’Neill has wine flights and whiskey flight specials to sample great selections with special pricing. This starts every Thursday at 7 p.m.” 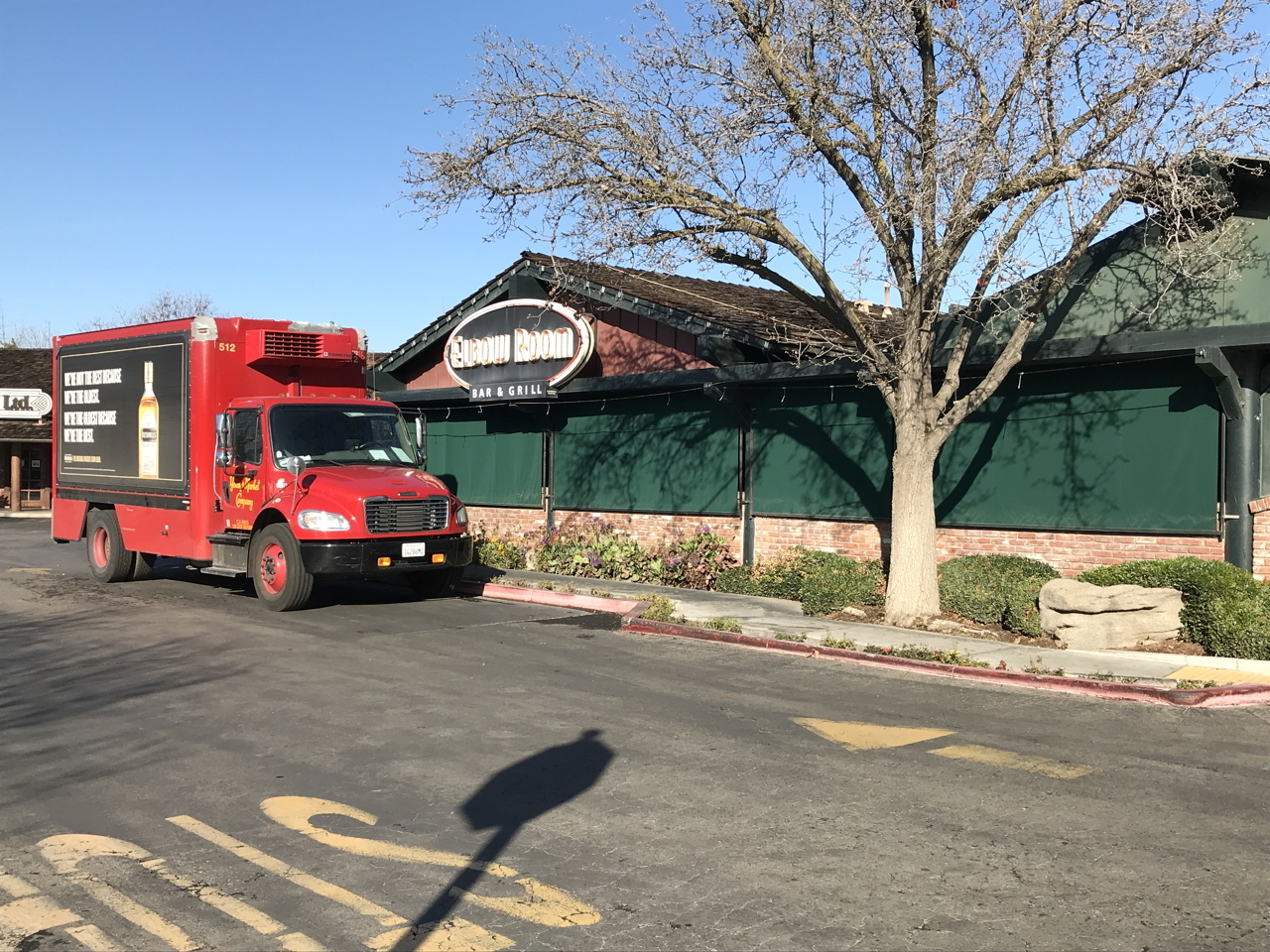 Music was already playing ahead of opening night on the patio at the Elbow Room. (GV Wire/Jim Jakobs)

“We’re set and ready to go,” Van Fleet tells GV Wire℠. “I just sent out an email to all of my customers and let them know how to do it and what’s going on.”

Van Fleet suggests people make a reservation online ahead of time if possible, but he’s still leaving plenty of room available for walk-ups as well.

Van Fleet stresses that not all restaurants have the ability to offer outdoor dining. For some, it wouldn’t even make sense to open up just one or two tables on a sidewalk due to the cost. 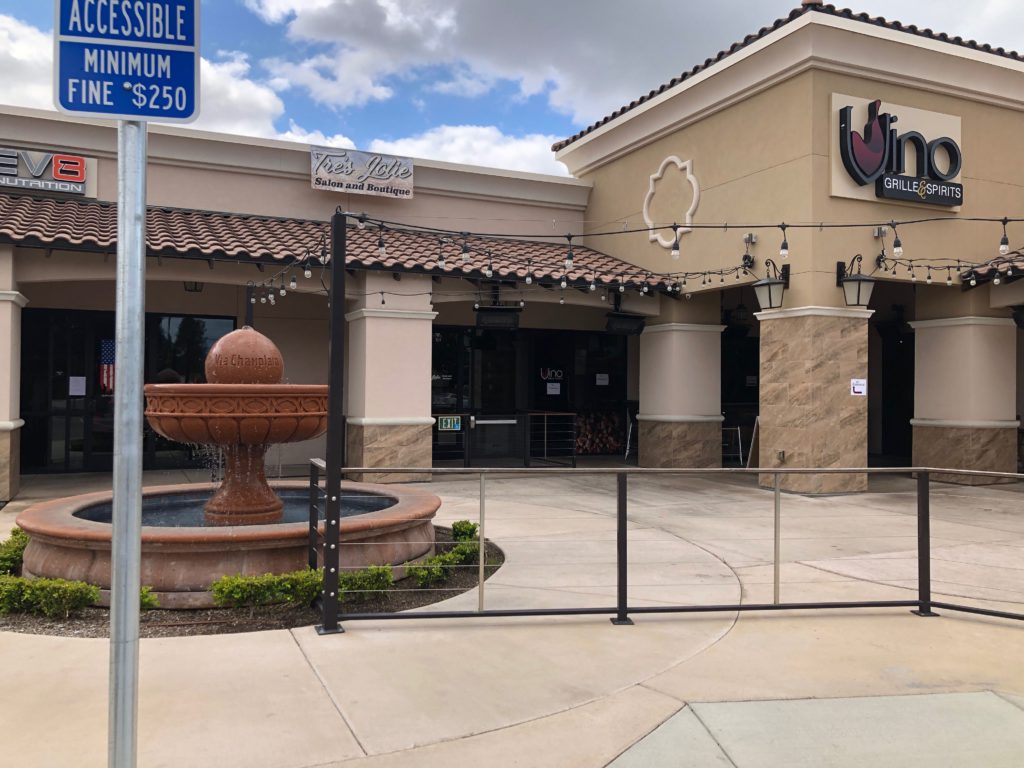 It was difficult for GV Wire℠ to get a clean photo as a landscaping crew dressed up the surroundings around the restaurant’s dining tent again.

Pismo’s posted a message on Instagram after the governor’s announcement. 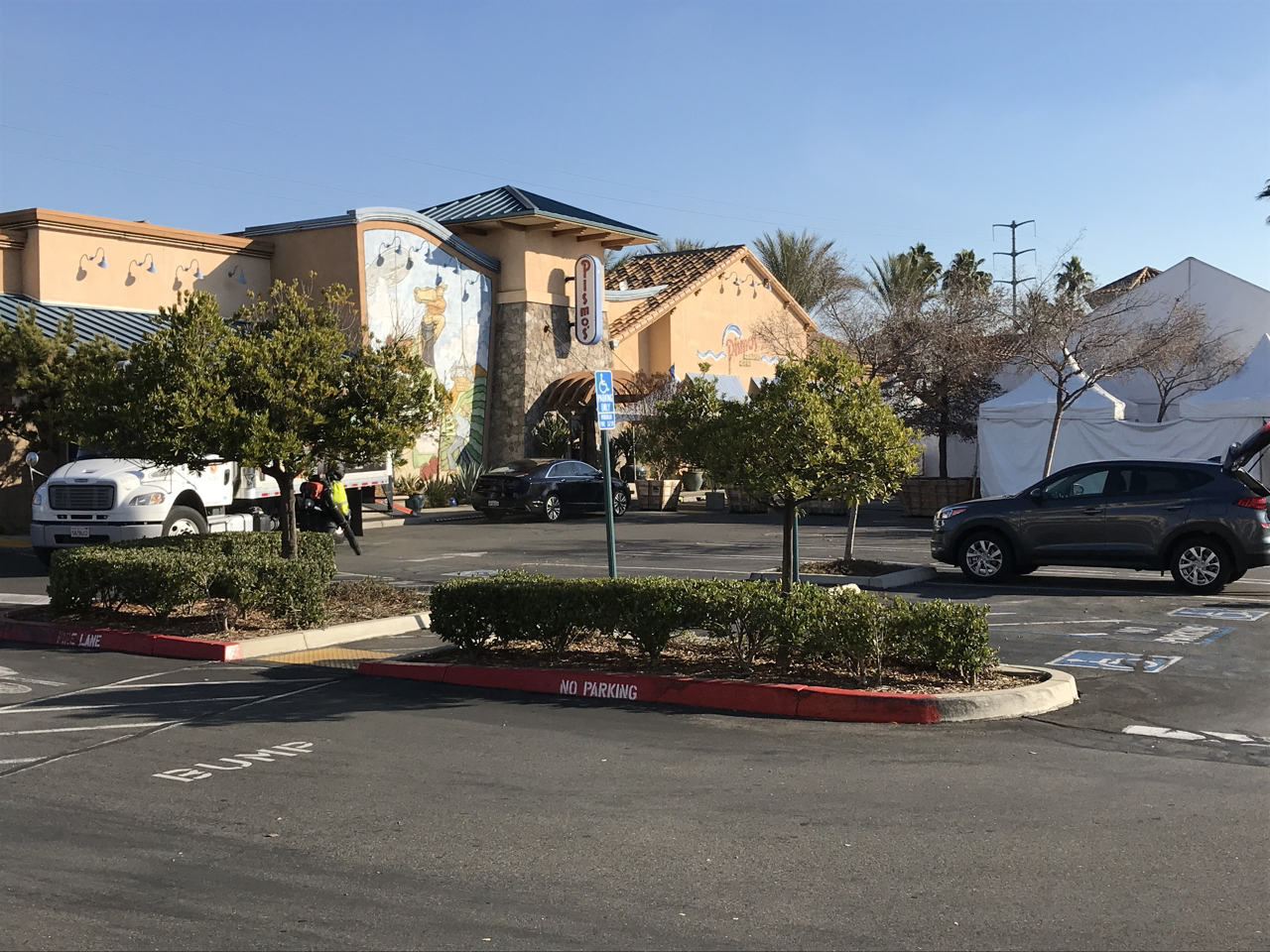 The tent outside Pismo’s Coastal Grill has been a staple there for months. It will be bustling with patrons again “soon.” (GV Wire/Jim Jakobs)