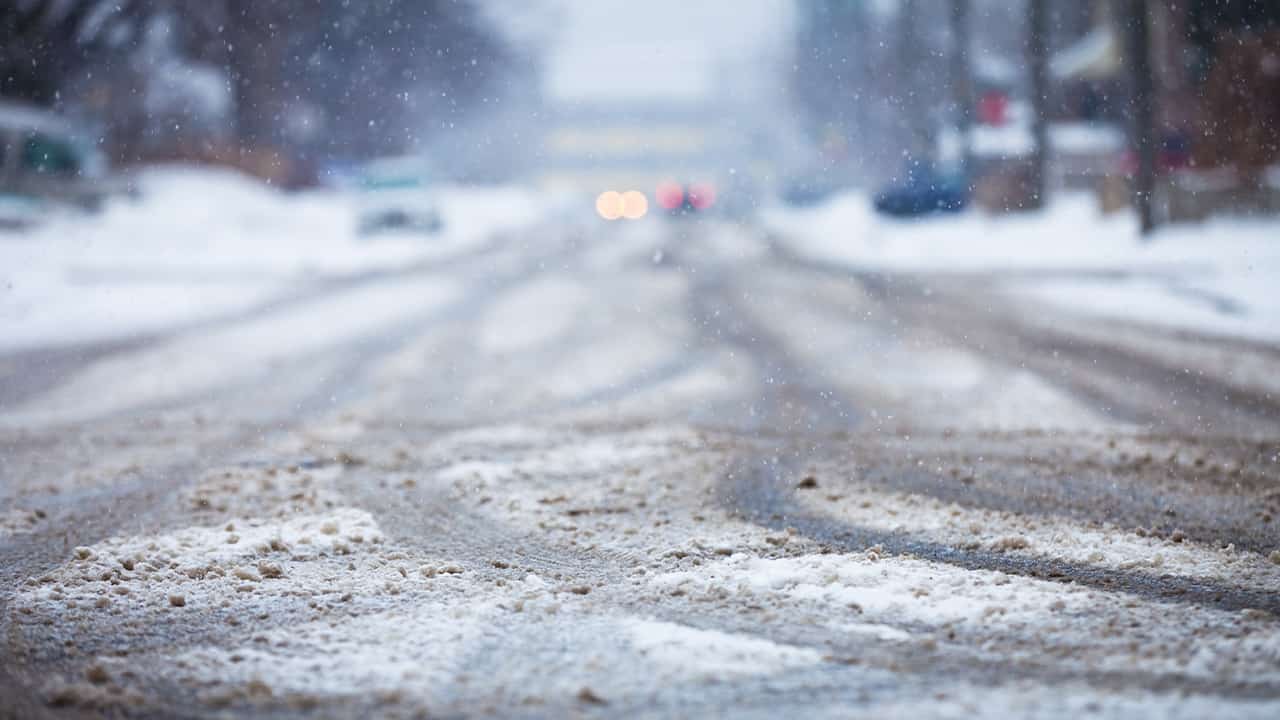 Icy conditions in mountains north of Los Angeles shut Interstate 5 in Tejon Pass and State Route 58 in Tehachapi Pass early Tuesday as one storm exited and a major new system headed toward California.

Caltrans said the closure of north- and southbound I-5 between the communities of Castaic and Grapevine would be in effect until further notice.

There was also no estimate for reopening SR58.

“Caltrans crews have been working overnight to clear big rigs, vehicles, and snow from the road,” the agency said.

Northern California, meanwhile, was preparing for the arrival of a cold front and an associated atmospheric river with the potential for heavy downpours that could unleash destructive debris flows from the burn scars left by last year’s massive wildfires.

The National Weather Service office for the San Francisco Bay Area said rain would begin in the afternoon and intensify in the evening and overnight, spreading south toward Santa Cruz, Monterey and Big Sur.

“If you have not already heeded local county advice don’t wait any longer. This morning is the time to act and prepare if you`re near a burn area,” the office said.

Heavy rain was expected to move across California and begin dumping snow in the Sierra Nevada.