Republic Day 2021: Indian Farmers Ramp up Their Protest by Riding Tractors Into the Capital 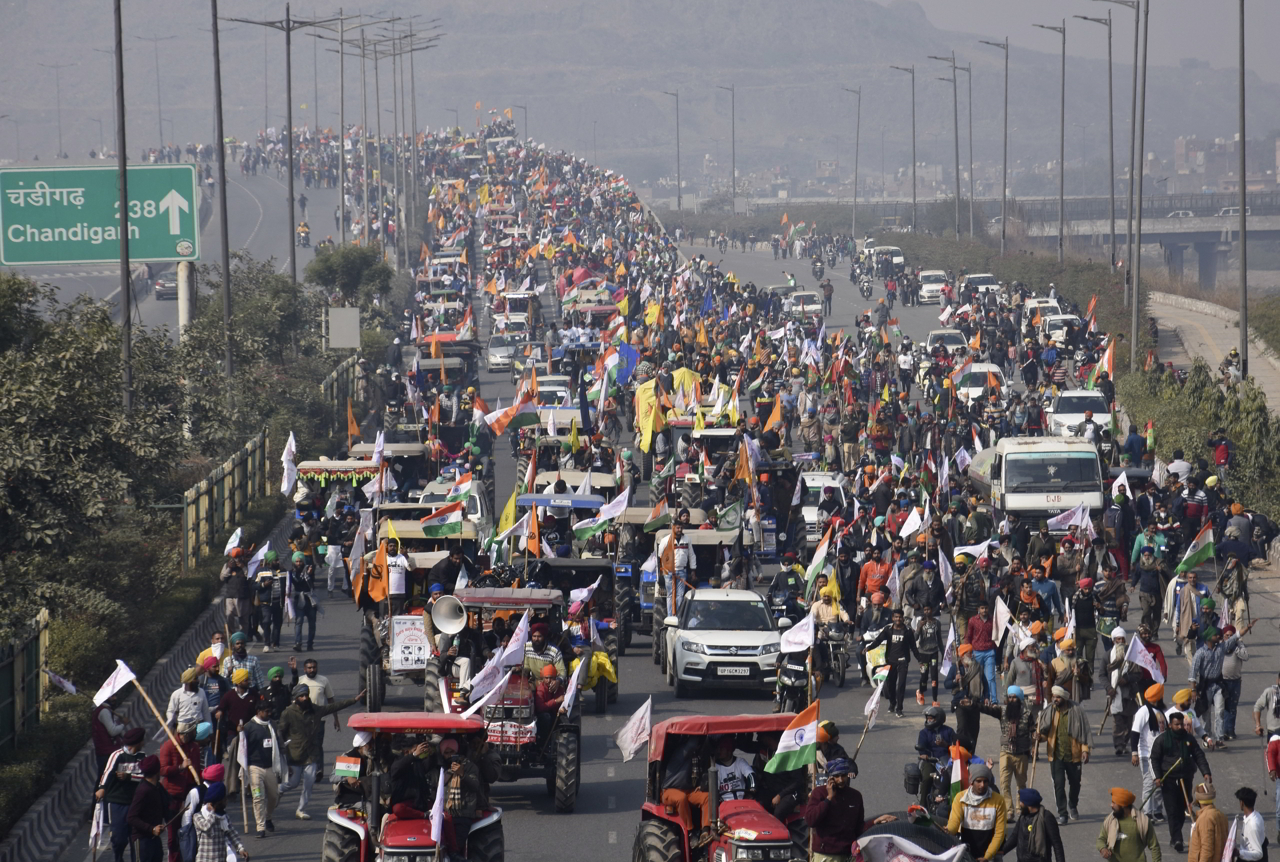 New Delhi (CNN) Hundreds of thousands of farmers drove their tractors in convoy into the Indian capital New Delhi on Tuesday, as part of ongoing, nationwide protests against controversial agricultural laws that farmers say put their livelihoods at risk.

Tear gas and flash bangs could been seen on live streams from the city’s streets as police moved to contain large crowds of protestors in tractors and on foot from breaking through barricades. Both police and protesters were spotted with large sticks in the streets.

Many of the farmers, who had adorned their tractors with colorful flags, including the flag of India and various farmers unions, had been camping out in protest on the outskirts of the capital for more than two months. Others, including young farmers from the northern states of Haryana, Uttar Pradesh, Punjab and Rajasthan, had gathered on the border over the past few days in time for the planned march on India’s Republic Day.

The national holiday marks the first time India’s constitution went into effect in 1950 following independence from British colonial rule, and the day is annually celebrated with a huge military parade through the capital.