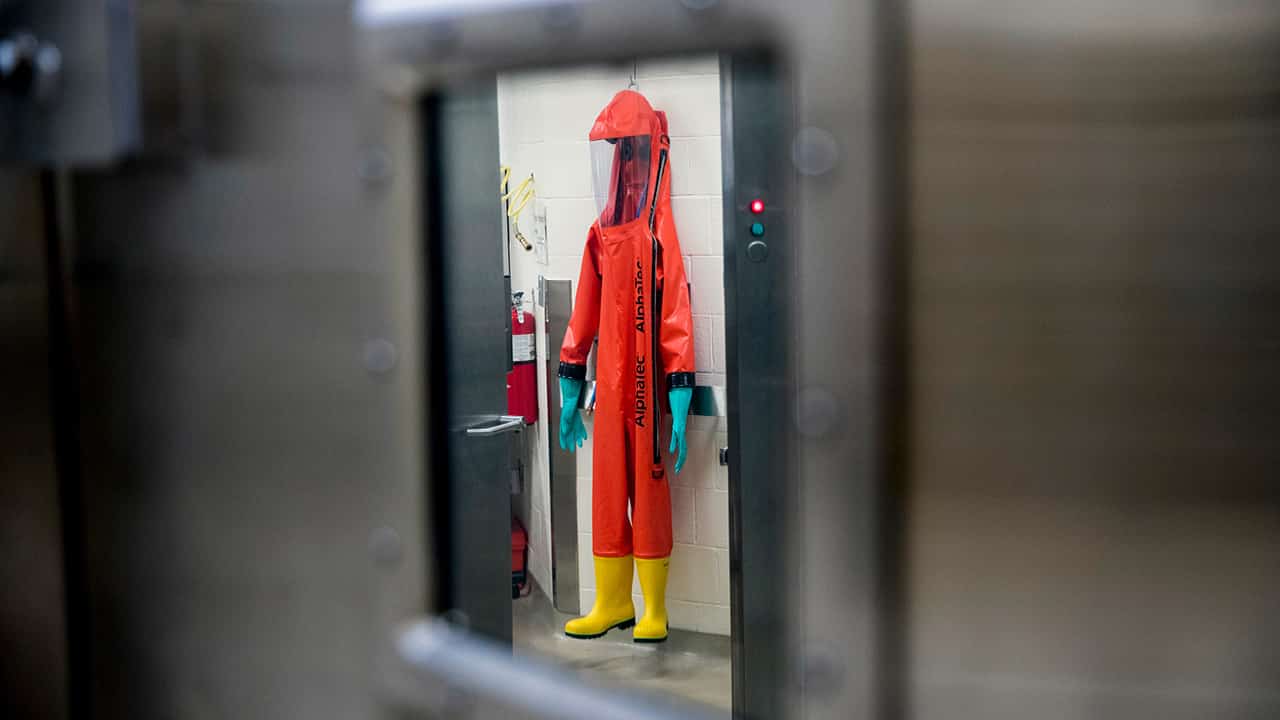 TAIPEI, Taiwan — Chinese state media have stoked concerns about Pfizer’s COVID-19 vaccine, despite rigorous trials indicating it is safe. A government spokesperson has raised the unsubstantiated theory that the coronavirus could have emerged from a U.S. military lab, giving it more credence in China.

As the ruling Communist Party faces growing questioning about China’s vaccines and renewed criticism of its early COVID-19 response, it is hitting back by encouraging conspiracy theories that some experts say could cause harm.

State media and officials are sowing doubts about Western vaccines and the origin of the coronavirus in an apparent bid to deflect the attacks. Both issues are in the spotlight because of the rollout of vaccines globally and the recent arrival of a World Health Organization team in Wuhan, China, to investigate the origins of the virus.

Some of these conspiracy theories find a receptive audience at home. The social media hashtag “American’s Ft. Detrick,” started by the Communist Youth League, was viewed at least 1.4 billion times last week after a Foreign Ministry spokesperson called for a WHO investigation of the biological weapons lab in Maryland.

“It’s purpose is to shift the blame from mishandling by (the) Chinese government in the pandemic’s early days to conspiracy by the U.S.,” said Fang Shimin, a now-U.S.-based writer known for exposing faked degrees and other fraud in Chinese science. “The tactic is quite successful because of widespread anti-American sentiment in China.”

Yuan Zeng, an expert on Chinese media at the University of Leeds in Great Britain, said the government’s stories spread so widely that even well-educated Chinese friends have asked her whether they might be true.

Inflaming doubts and spreading conspiracy theories might add to public health risks as governments try to dispel unease about vaccines, she said, saying, “That is super, super dangerous.”

In the latest volley, state media called for an investigation into the deaths of 23 elderly people in Norway after they received the Pfizer vaccine. An anchor at CGTN, the English-language station of state broadcaster CCTV, and the Global Times newspaper accused Western media of ignoring the news.

Health experts say deaths unrelated to the vaccine are possible during mass vaccination campaigns, and a WHO panel has concluded that the vaccine did not play a “contributory role” in the Norway deaths.

The state media coverage followed a report by researchers in Brazil who found the effectiveness of a Chinese vaccine lower than previously announced. Researchers initially said Sinovac’s vaccine is 78% effective, but the scientists revised that to 50.4% after including mildly symptomatic cases.

After the Brazil news, researchers at the Australian Strategic Policy Institute, a government-supported think tank, reported seeing an increase in Chinese media disinformation about vaccines.

Dozens of online articles on popular health and science blogs and elsewhere have explored questions about the effectiveness of the Pfizer vaccine at length, drawing on an op-ed published this month in the British Medical Journal that raised questions about its clinical trial data.

“It’s very embarrassing” for the government, Fang said in an email. As a result, China is trying to raise doubts about the Pfizer vaccine to save face and promote its vaccines, he said.

Senior Chinese government officials have not been shy in voicing concerns about the mRNA vaccines developed by Western drug companies. They use a newer technology than the more traditional approach of the Chinese vaccines currently in use.

The Communist Party Sees the WHO Investigation as a Political Risk

In December, the director of the Chinese Centers for Disease Control, Gao Fu, said he can’t rule out negative side effects from the mRNA vaccines. Noting this is the first time they are being given to healthy people, he said, “there are safety concerns.”

The Pfizer mRNA vaccine and another one developed by Moderna have passed both animal and human trials in which they were tested on more than 70,000 people.

The arrival of the WHO mission has brought back persistent criticism that China allowed the virus to spread globally by reacting too slowly in the beginning, even reprimanding doctors who tried to warn the public. The visiting researchers will begin field work this week after being released from a 14-day quarantine.

The Communist Party sees the WHO investigation as a political risk because it focuses attention on China’s response, said Jacob Wallis, a senior analyst at the Australian Strategic Policy Institute.

The party wants to “distract domestic and international audiences by pre-emptively distorting the narrative on where responsibility lies for the emergence of COVID-19,” Wallis said.

Foreign Ministry spokeswoman Hua Chunying got the ball rolling last week by reviving earlier Chinese calls for a WHO investigation of the U.S. military lab.

State media have referenced past scandals at the lab, but China has given no reliable evidence to support the coronavirus theory.

“If America respects the truth, then please open up Ft. Detrick and make public more information about the 200 or more bio-labs outside of the U.S., and please allow the WHO expert group to go to the U.S. to investigate the origins,” Hua said.

Her comments, publicized by state media, became one of the most popular topics on China’s Twitter-like Sina Weibo.

China isn’t the only government to point fingers. Former U.S. President Donald Trump, trying to deflect blame for his government’s handling of the pandemic, said last year he had seen evidence the virus came from a Wuhan laboratory. While that theory has not been definitively ruled out, many experts think it is unlikely.

Kerry: US Will Make up for 4 Years of Lost Action on Climate