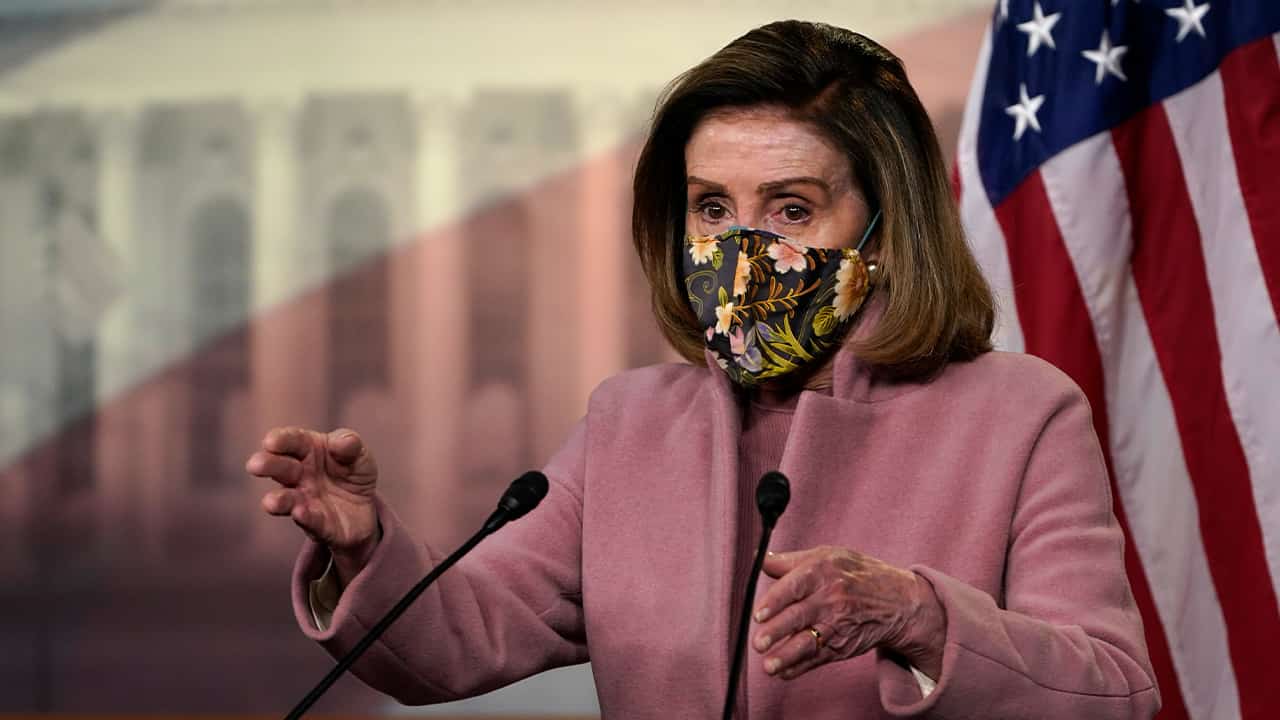 WASHINGTON — House Speaker Nancy Pelosi plans to send the article of impeachment against Donald Trump to the Senate on Monday, launching the start of the former president’s trial on a charge of incitement of insurrection over the deadly Capitol riot.

“There will be a trial,” Senate Majority Leader Chuck Schumer said in making the announcement Friday. “It will be a full trial, it will be a fair trial.”

Trump is the first president to be twice impeached and the first to face a trial after leaving office.

While the transmission of the article launches the trial proceedings, the schedule ahead remains uncertain as the Senate, now in Democratic control, is also working to swiftly confirm President Joe Biden’s Cabinet nominees and tackle the new administration’s legislative priorities.

Biden says the Senate can do both and Schumer said he also speaking to Senate Republican leader Mitch McConnell about the “timing and duration” of the proceedings ahead.

“Senate Republicans strongly believe we need a full and fair process,” McConnell said after Schumer spoke. On Thursday he proposed delaying the start of Trump’s trial to February to give the former president time to prepare and review his case. Trump is still assembling his legal team..

House Democrats who voted to impeach Trump last week for inciting the deadly Jan. 6 Capitol riot say a full reckoning is necessary before the country — and the Congress — can move on.

The timing and details ahead rests on negotiations between Schumer and McConnell, who are also in talks over a power-sharing agreement for the Senate, which is narrowly-split, 50-50, but in Democratic control because the vice president serves as a tie-breaking vote.

A Trial Delay Could Appeal to Some Democrats

Under an extended timeline as McConnell proposed, the president’s defense team and House prosecutors would have two weeks to file briefs. Arguments would likely begin in mid-February.

A trial delay could appeal to some Democrats, as it would give the Senate more time to confirm Biden’s Cabinet nominees and debate a new round of coronavirus relief.

Democratic Sen. Chris Coons of Delaware, a key ally of the president’s, told CNN that Democrats would consider a delay “if we are making progress on confirming the very talented, seasoned and diverse” team Biden has nominated.

Pelosi said Trump doesn’t deserve a “get-out-of-jail card” just because he has left office and Biden and others are calling for national unity.

Facing his second impeachment trial in two years, Trump began to assemble his defense team by hiring attorney Butch Bowers to represent him, according to an adviser. Bowers previously served as counsel to former South Carolina Govs. Nikki Haley and Mark Sanford.

Republican Sen. Lindsey Graham of South Carolina helped Trump find Bowers after members of his past legal teams indicated they did not plan to join the new effort. Trump is at a disadvantage compared to his first trial, in which he had the full resources of the White House counsel’s office to defend him.

Pelosi’s nine impeachment managers, who will be prosecuting the House case, have been regularly meeting to discuss strategy.

Shortly before the Jan. 6 insurrection, Trump told thousands of his supporters at a rally near the White House to “fight like hell” against the election results that Congress was certifying. A mob marched down to the Capitol and rushed in, interrupting the count. Five people, including a Capitol Police officer, died in the mayhem, and the House impeached Trump a week later, with 10 Republicans joining all Democrats in support.

Trump was acquitted by the Republican-led Senate at his first impeachment trial. The White House legal team, aided by Trump’s personal lawyers, aggressively fought the House charges that he had encouraged the president of Ukraine to investigate Biden in exchange for military aid. This time around, Pelosi noted, the House is not seeking to convict the president over private conversations but for a very public insurrection that they themselves experienced and that played out on live television.

“This year, the whole world bore witness to the president’s incitement,” Pelosi said.

Illinois Sen. Dick Durbin, the No. 2 Senate Democrat, said it was still too early to know how long a trial would take or if Democrats would want to call witnesses. But he said, “You don’t need to tell us what was going on with the mob scene we were rushing down the staircase to escape.”

McConnell, who said this week that Trump “provoked” his supporters before the riot, has not said how he will vote. He told his GOP colleagues that it will be a vote of conscience.

Democrats would need the support of at least 17 Republicans to convict Trump, a high bar. While a handful of Senate Republicans have indicated they are open to conviction, most have said they believe a trial will be divisive and questioned the legality of trying a president after he has left office.

Graham said that if he were Trump’s lawyer, he would focus on that argument and on the merits of the case — and whether it was “incitement” under the law.

“I guess the public record is your television screen,” Graham said. “So, I don’t see why this would take a long time.”