World Leaders Cheer US Return to Climate Fight Under Biden 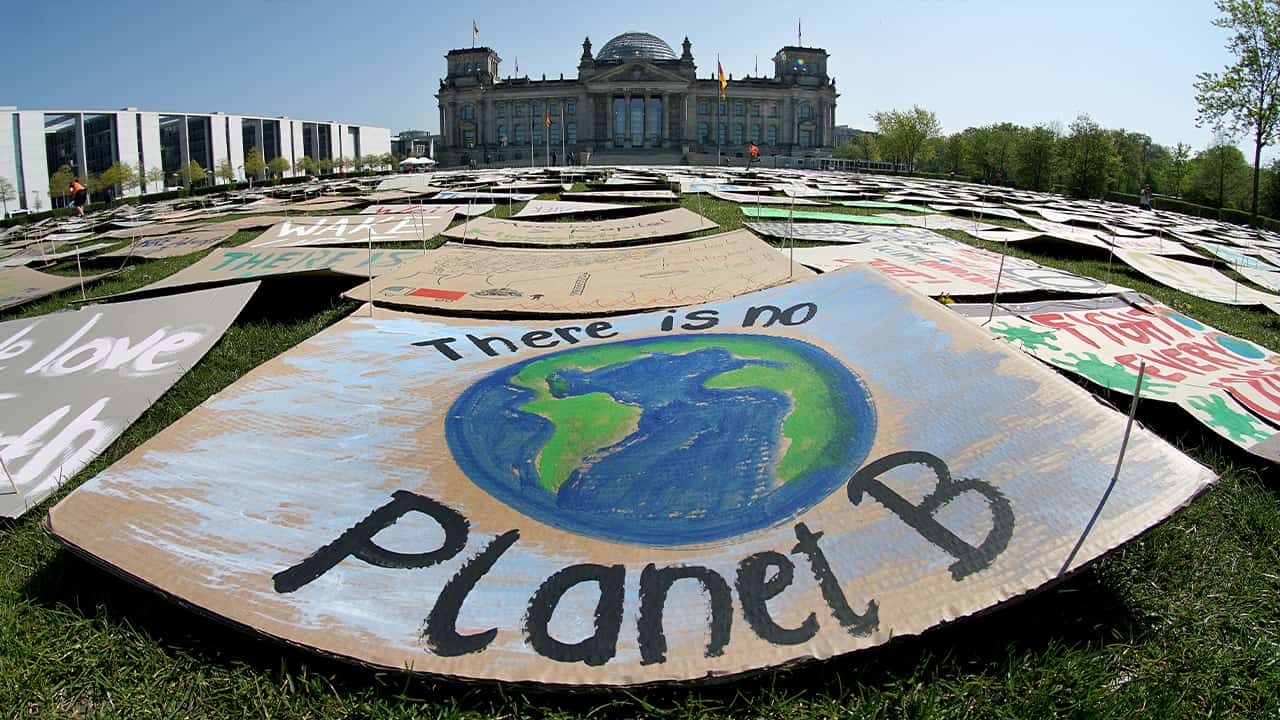 BERLIN — World leaders breathed an audible sigh of relief that the United States under President Joe Biden is rejoining the global effort to curb climate change, a cause that his predecessor had shunned over the past four years.

British Prime Minister Boris Johnson and French President Emmanuel Macron were among those welcoming Biden’s decision to rejoin the the Paris climate accord, reversing a key Trump policy in the first hours of his presidency Wednesday.

The Paris accord, forged in the French capital in 2015, commits countries to put forward plans for reducing their emissions of greenhouse gases such as carbon dioxide, which is released from burning fossil fuels.

Former President Donald Trump had questioned the scientific warnings about man-made global warming, at times accusing other countries of using the Paris accord as a club to hurt Washington. The U.S. formally left the pact in November.

“The United States departure from it has definitely diminished our capacities to change things, concretely to reduce the greenhouse gas emissions,” said Paris Mayor Anne Hidalgo.

“Now we are dealing with an administration that is conscious of what is at stake and that is very committed to use the voice of the United States, a voice that is very powerful on the international level,” she said.

Biden put the fight against climate change at the center of his presidential campaign and on Wednesday immediately launched a series of climate-friendly efforts to bring Washington back in step with the rest of the world on the issue.

“A cry for survival comes from the planet itself,” Biden said in his inaugural address. “A cry that can’t be any more desperate or any more clear now.”

Experts say any international efforts to keep global warming well below 2 degrees Celsius (3.6 Fahrenheit), ideally 1.5C (2.7F), as agreed in the Paris accord would struggle without the contribution of U.S., which is the world’s second biggest carbon emitter.

Italy Said the U.S. Return to the Paris Accord Would Help Other Countries Reach Their Own Climate Commitments

Scientists say time is running out to reach that goal because the world has already warmed 1.2 C (2.2 F) since pre-industrial times.

Italy said the U.S. return to the Paris accord would help other countries reach their own climate commitments. “Italy looks forward to working with the U.S. to build a sustainable planet and ensure a better future for the next generations,” Premier Giuseppe Conte tweeted.

The Vatican, too, was clearly pleased given the decision aligns with Pope Francis’ environmental agenda and belief in multilateral diplomacy. In a front-page editorial in Wednesday’s L’Osservatore Romano, Vatican deputy editorial director Alessandro Gisotti noted that Biden’s decision to rejoin Paris “converges with Pope Francis’ commitment in favor of the custody of our common home.”

German Chancellor Angela Merkel was more muted in her reaction, noting on Thursday that her government would “probably have a more similar opinion” with Biden on issues such as the Paris climate accord, migration and the World Health Organization.

Youth activists who have been at the forefront of demanding leaders take the threat of global warming seriously said they now want to see concrete action from Washington.

“Many countries signed the Paris Agreement and they are still part of the Paris Agreement, but they make very free interpretations of what that implies,” said Juan Aguilera, one of the organizers of the Fridays for Future movement in Spain. “In many cases, signing it has become a show, because at the end of the day the concrete measures that are being taken, at least in the short term, are not satisfactory.”

U.S. Allies and Rivals Will Watch to See by How Much the Administration Offers to Cut Its Emissions

Biden has appointed a large team to tackle climate change both on the domestic and international front. Former Secretary of State John Kerry, named as the president’s special climate envoy, on Thursday took part in a virtual event with Italian industry at which he touted the ‘green economy’ as an engine for jobs and said the U.S. planned to make up for time lost over the past four years.

Organizers of a meeting Monday on adapting to climate change said they hoped Kerry would take part too, and Biden himself has talked about inviting world leaders to a summit on the issue within his first 100 days in office.

Over the coming months the U.S. allies and rivals will closely watch to see by how much the administration offers to cut its emissions in the coming decade. A firm number is expected to be announced before the U.N. climate summit taking place in Glasgow, Scotland, in November.

Veterans of such gatherings noted the formidable diplomatic clout that the U.S. has managed to bring to them in the past.

Farhana Yamin, a British lawyer who served as adviser to the Marshall Islands in the Paris negotiations, said she left the climate talks in 2018 feeling “disillusioned” not only by the U.S. withdrawal but also by how other countries, including her own, were failing to live up to the agreed goals.

“I wish there were more progress here in the UK,” she said, adding she hoped that the change in the White House would mean others would increase their ambition on climate, too. “The U.S. always has massive influence on its allies.”