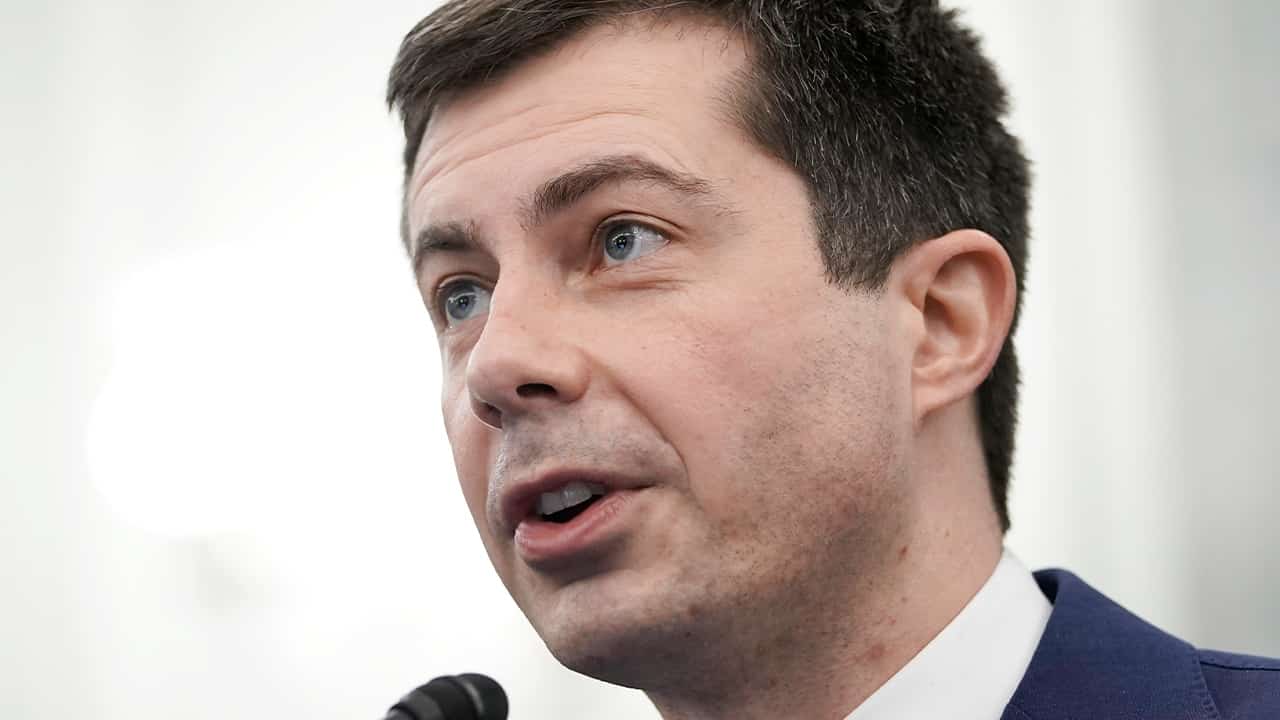 WASHINGTON — President Joe Biden’s nominee for secretary of transportation, Pete Buttigieg, appeared on a smooth path to quick confirmation, pledging to senators on Thursday to help carry out the administration’s ambitious agenda to rebuild the nation’s infrastructure.

Speaking at his confirmation hearing with his husband sitting nearby, Buttigieg pointed to a “generational opportunity” to create new jobs, fight economic inequality and stem climate change. He pledged more conversations with Congress on programs that will require significant investments in the months to come.

“We need to build our economy back, better than ever, and the Department of Transportation can play a central role in this,” the 39-year-old former mayor of South Bend, Indiana, told the Senate Commerce Committee. He pointed to opportunities in updating auto emissions regulations that President Donald Trump had loosened and building out a network of charging stations for electric vehicles.

Buttigieg did not specify where money could come from for big investments in infrastructure, but wouldn’t rule out a tax increase and floated the possibility of a major change in how highways are funded.

Buttigieg, a former Democratic presidential candidate, was one of the few 2020 contenders to outright endorse converting from the current Highway Trust Fund, which is paid for through the gas tax, to a “vehicle miles traveled” alternative that would tax drivers based on their road mileage.

“All options are on the table,” Buttigieg said Thursday.

Republican Sen. Roger Wicker, who chaired the hearing Thursday for a last time as the Senate finalized its transfer of power to Democrats, signaled likely challenges in finding ways to pay for a costly infrastructure overhaul but said he looked forward to working with Buttigieg.

Buttigieg Would Take Over at a Critical Time for Transportation

“I’m quite certain he will be confirmed,” Wicker told the hearing.

Buttigieg would be the first openly gay person confirmed by the Senate to a Cabinet post. He was among the first batch of Cabinet selections getting hearings this week as Biden urges the Senate, where Democrats hold a slim majority, to quickly confirm his nominees.

Buttigieg would take over at a critical time for transportation, charged with implementing Biden’s proposals to spend billions of dollars making major infrastructure improvements and on retrofitting initiatives that can help the U.S. battle climate change.

The coronavirus pandemic has devastated many modes of transportation, with airlines, city subway systems and Amtrak seeking federal aid to help keep afloat.

“Good transportation policy can play no less a role than making possible the American Dream, getting people and goods to where they need to be,” Buttigieg said. “But I also recognize that at their worst, misguided policies and missed opportunities in transportation can reinforce racial and economic inequality, by dividing or isolating neighborhoods and undermining government’s basic role of empowering Americans to thrive.”

“So much is at stake today,” he said.

Biden also wants to immediately mandate mask wearing on airplanes and public transportation systems to slow the spread of the coronavirus, and Buttigieg made clear that would be a first priority at the department.

“We must ensure all of our transportation systems — from aviation to public transit, to our railways, roads, ports, waterways and pipelines — are managed safely during this critical period, as we work to defeat the virus,” he said.

Still, it’s Biden’s infrastructure plan, the full details of which are expected to be released next month, that is likely to draw heavy attention and pose the biggest challenges. Biden has yet to specify how he intends to pay for new infrastructure spending.

Beyond standard transportation fixes, which are easier to promise than to get through Congress, Biden wants to rejuvenate the post-coronavirus pandemic economy and create thousands of green jobs by making environmentally friendly retrofits and public works improvements.

In his prepared remarks to the committee, Buttigieg pointed to his past experience as a veteran of the Afghanistan War as well as city mayor as valuable in taking a ground level approach to improving transportation. He described initiating a “smart streets” program to make South Bend’s downtown more pedestrian- and bicyclist-friendly while spurring hundreds of millions of dollars in economic investment.

“I worked with regional and state partners — and across the aisle — to support enhancements to our inter-city train system and our now-international airport, and we pioneered public-private partnerships,” he said. “We achieved results by bringing people in, engaging stakeholders and residents, prioritizing limited funds effectively, and unlocking new resources to solve problems.”

“That’s how I will approach the Department of Transportation, if confirmed,” Buttigieg said.

During Trump’s four years in the White House, his administration often held “Infrastructure Week” events and touted transportation improvements. But it was not able to push Congress to pass any broad plan to update the nation’s roads and bridges, rails and airports.

It Feels Like Spring Today in Fresno, but Cold Wet Weather Is Ahead