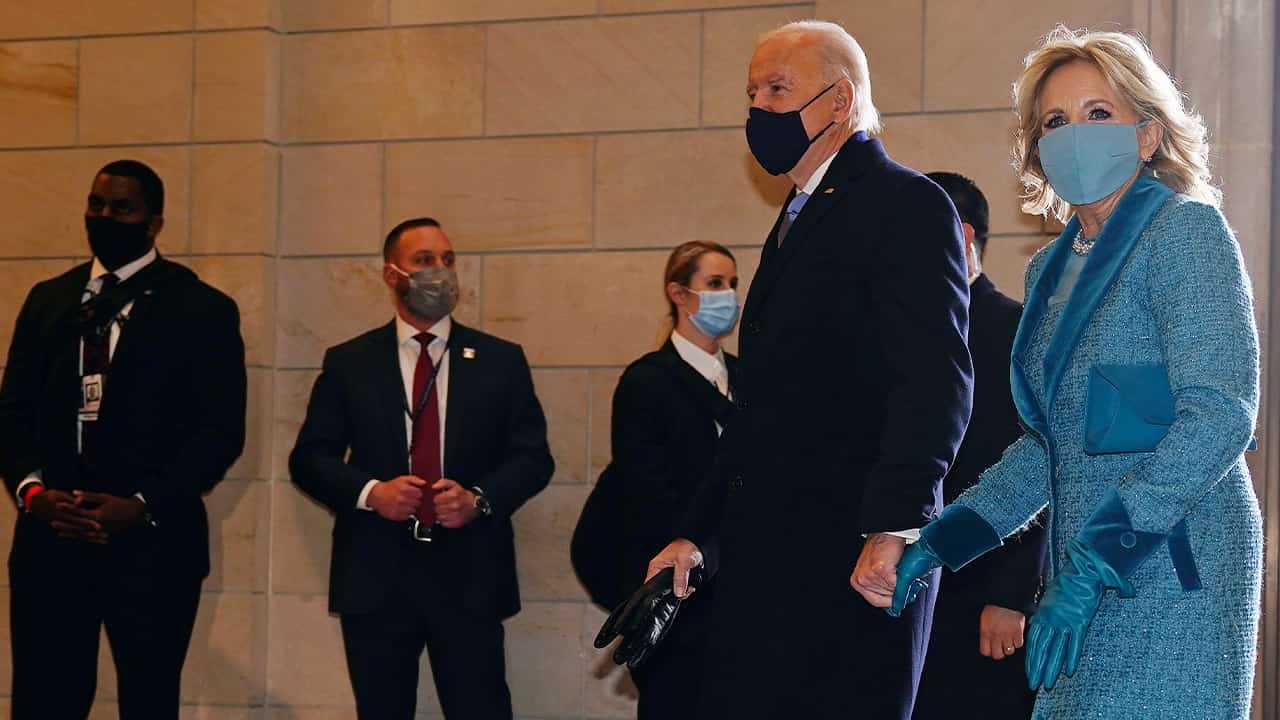 SACRAMENTO — California officials are pinning their hopes on President-elect Joe Biden as they struggle to obtain coronavirus vaccines to curb a coronavirus surge that has packed hospitals and morgues.

Doses of COVID-19 vaccines have been arriving haphazardly as they make their way from the federal government through the state and finally to counties, cities and hospitals.

San Francisco’s public health department said it was likely to run out of vaccine on Thursday, in part because the state pulled back on administering a batch of Moderna shots after several health workers had a bad reaction.

The county health department received 12,000 doses last week but fewer than 2,000 doses this week, although local hospitals had their own supplies.

But Mayor London Breed said she was “ready to celebrate” when Biden takes office on Wednesday, believing there will be more support.

Los Angeles County, the nation’s most populous with 10 million residents and a COVID-19 epicenter, had enough vaccine to “get through this week,” with an uncertain future supply, Dr. Barbara Ferrer, the county’s public health director, said Tuesday.

Yet she added: “Tomorrow, the new federal administration takes over, and we expect our situation to improve greatly.”

Faith in Biden’s promise to ramp up resources for vaccinations comes as California faces an unprecedented demand for mass vaccinations that shows no immediate sign of easing, although there are hopeful indicators that a much-feared surge-atop-a-surge from unsafe New Year’s Eve gatherings won’t be as bad as previously estimated.

Only a couple of weeks ago, it was feared some hospitals in Los Angeles and other hard-hit areas might have to begin rationing care as they ran out of surge capacity that was tapped when regular beds were filled.

But statewide hospitalizations are down 8.5% over 14 days, with the number of intensive care patients also easing. Hospitals that had been seeing 3,500 new patients each day are now seeing 2,500 to 2,900 daily admissions — still distressingly high, but “quite a significant reduction,” state Health and Human Services Secretary Dr. Mark Ghaly said.

The statewide positivity for the virus fell below 10% for the first time in weeks, and each infected individual is now infecting less than one other person — a recipe for an eventual decline in cases.

“These are rays of hope shining through,” said Ghaly, who also said he’s hoping things improve with the new Biden administration.

So Far 3.2 Million Doses Have Been Shipped to California and 1.5 Million Have Been Administered

Even so, California this week surpassed 3 million COVID-19 cases since the pandemic began last January. Nearly 34,000 people have died, including more than 6,700 people in the last two weeks.

California officials, as everywhere throughout the country, are pinning their hopes on mass inoculations to finally provide “herd immunity” to populations and finally beat the virus, allowing them to reopen an economy battered by stay-at-home safety measures.

So far 3.2 million doses have been shipped to California and 1.5 million have been administered, Ghaly said.

The delay may be because some of the remaining doses have not actually arrived in the state yet, and some have been earmarked for those needing second doses or for the mass vaccination sites, he said.

Even with the lagging supply, California in the last week greatly expanded both the number of people cleared to get a vaccine and its capacity for administering shots. Last week, Gov. Gavin Newsom announced people 65 and older would be eligible for shots, which until then were mainly confined to health care workers and vulnerable seniors in nursing care.

“This is about equity. Older adults have been unfairly impacted by the virus,” Solis said.

Health officials are in a race against time, not only as patients continue to become sick and die but as the virus mutates into forms that can spread much more easily.

An L452R variant has been found in at least a dozen counties and identified in several large outbreaks in Northern California’s Santa Clara County.

The variant is one of five recurring mutations that made up a strain called CAL.20C found in more than one-third of Los Angeles County infections, researchers at Cedars-Sinai said.

Biden Takes the Helm as President: ‘Democracy Has Prevailed’