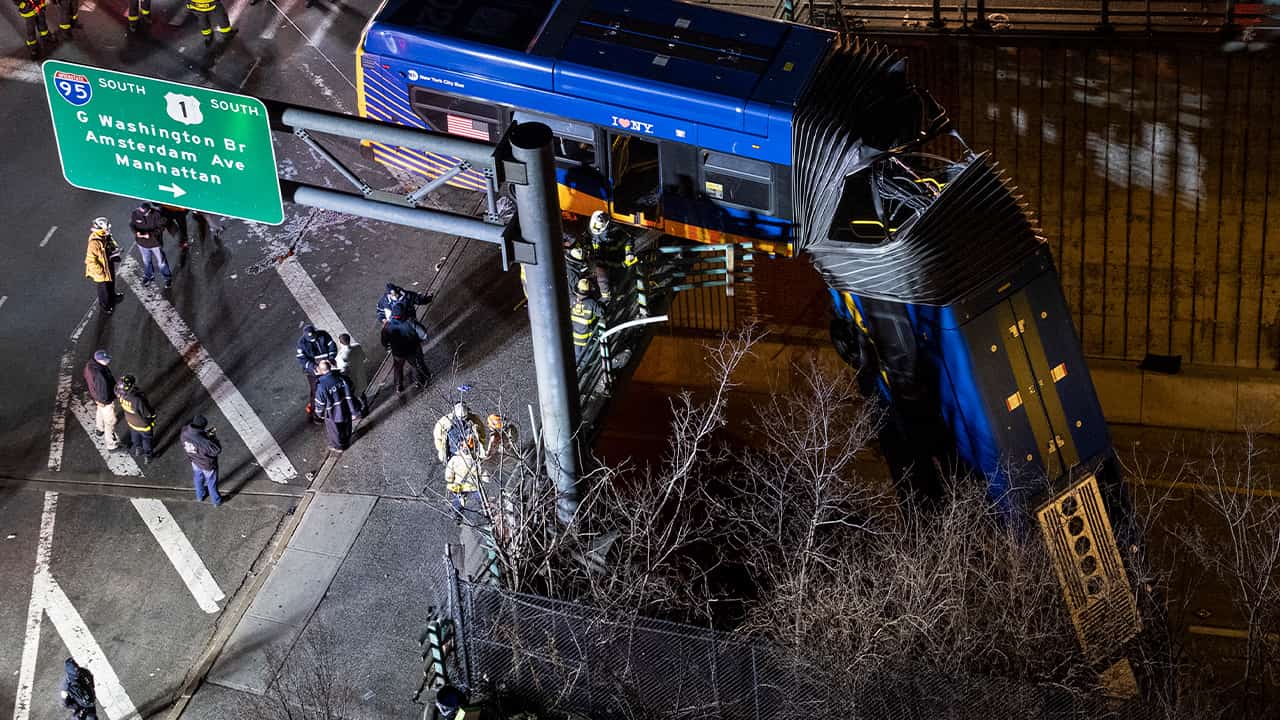 NEW YORK — An articulated bus dramatically plunged off a bridge in New York City late Thursday, leaving its front half hanging over a highway ramp, its fall broken only by the road below.

The driver was seriously injured in the crash just after 11 p.m. near an interchange of the Cross Bronx and Major Deegan expressways, and seven passengers suffered minor injuries, fire officials said. They were taken to hospitals. No other vehicles were involved.

One part of the bus — essentially two buses connected by a pivot that allows it to navigate turns — remained on the bridge, with the other half vertical, its smashed front end resting on a ramp connecting the two expressways.

“The bus fell approximately 50 feet onto the access road. The patients suffered injuries consistent with a fall from such a great height,” Deputy Fire Chief Paul Hopper said in a social media post.

Firefighters planned to secure the fuel and any other hazardous materials before pulling the bus fully onto the road, Acting Battalion Chief Steven Moore said in the post.

The Metropolitan Transportation Authority said it was conducting “a full investigation and will implement lessons learned in order to prevent it from happening again.”

“We are certain this was a terrifying incident for those customers on the bus. Our hearts go out to them with hope that they can recover quickly,” Patrick Warren, the MTA’s chief safety and security officer, said in a statement.

Related Topics:busNew York
Up Next