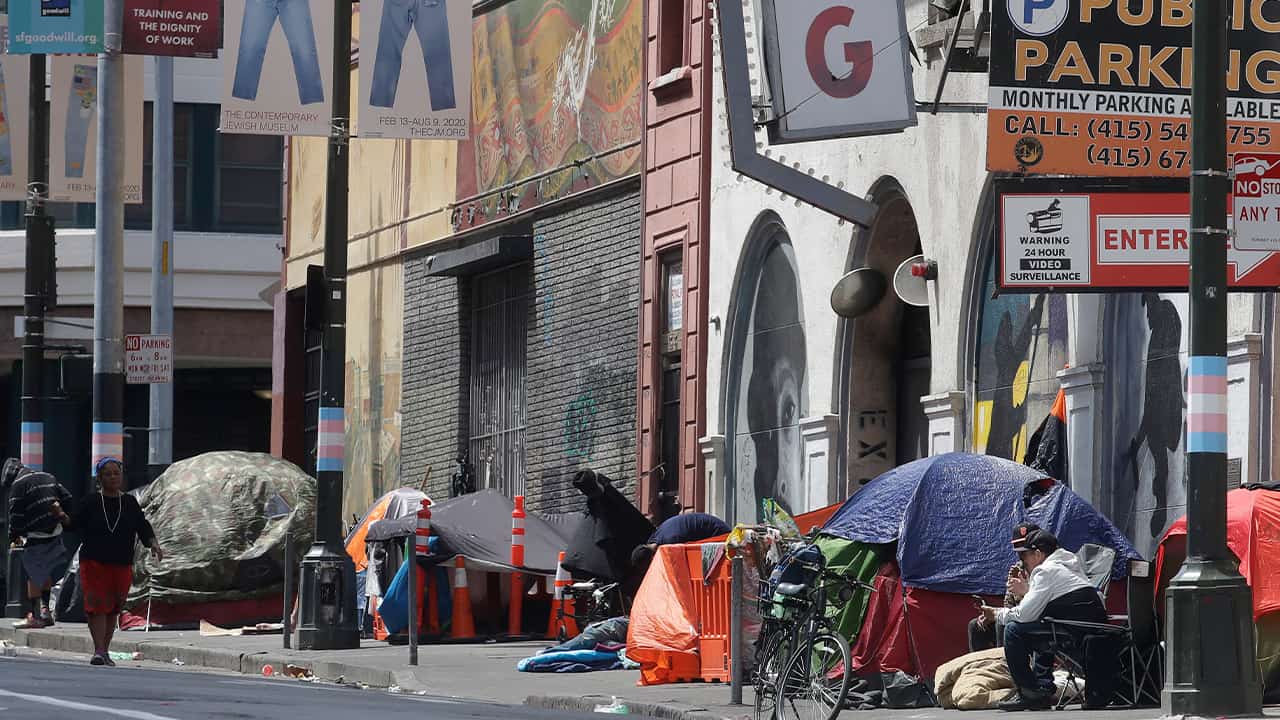 SAN FRANCISCO — A California coalition is proposing legislation to boost taxes on wealthy multinational corporations to raise more than $2 billion a year to house tens of thousands of homeless people, addressing what has become a worsening problem in the country’s most populous state.

Supporters say Assembly Bill 71 would reinvent California’s approach to solving homelessness — providing for the first time an ongoing, sufficient state funding source to get people off the streets. Opponents say it would contribute to the perception that California is hostile to business.

“Our state is facing an unprecedented homelessness crisis that’s on the verge of becoming a full-blown catastrophe due to the economic impacts of COVID-19,” Democratic Assemblywoman Luz Rivas of Los Angeles said Wednesday, noting that one in four Americans experiencing homelessness lives in California.

The state suffers from prohibitively high housing costs and wages that can’t keep up, resulting in an ever-widening gap between rich and poor. The coronavirus pandemic has highlighted the difficulty of staying home for people who have no home. Officials moved some people experiencing homelessness into reduced-capacity shelters, hotel rooms or socially distanced tents, although many still sleep outdoors.

The bill’s chances are unknown, although Democrats, who are more likely to approve taxes on corporations, control both chambers of the Legislature.

At the same time, Gov. Gavin Newsom rejected higher taxes on the wealthy when he released his budget plan last week, saying that those taxes are “not part of the conversation.” That’s despite the Democratic governor dedicating his State of the State address last year to homelessness and using the pandemic to secure thousands of hotel rooms that he hopes will lead to additional housing for an estimated 150,000 people.

This isn’t the first time homeless and housing advocates have turned to those with deep pockets for money. In 2018, voters in San Francisco approved a controversial tax on uber-wealthy businesses to fund homeless programs. The measure divided tech titans in the city.

Assembly Bill 71 would raise the corporate income tax from 8.84% to 9.6% on companies that make more than $5 million annually in profits in California, said Christopher Martin, policy director for Housing California, which supports the legislation. Advocates say the measure would raise an estimated $2.4 billion a year.

Corporations pay a lower share in income taxes than they did 30 years ago, according to a May report from the California Budget and Policy Center. The bill would bring the tax rate back to what it was in 1980, Martin said.

Several tech companies and leaders have left California in recent months, including Tesla CEO Elon Musk and Hewlett Packard Enterprise, giving fodder to those who complain that California is unfriendly to business. But Martin said the proposed tax increase wouldn’t have any effect on where a company is headquartered or where its CEO lives because it taxes profits made in California.

Still, the California Taxpayers Association said that lawmakers should focus on helping residents recover from the pandemic instead of entertaining a multibillion-dollar tax increase that will only add to the state’s reputation as hostile to business.

“We do think that just by proposing a major tax like this, the proponents are having a negative impact on the state’s ability to compete with other states,” spokesman David Kline said. He said anything that hinders economic recovery will hurt California.

The mayors of Oakland and Los Angeles said at a press conference that more than $2 billion in dedicated funding every year would go far toward more shelters, permanent housing and caseworker services. They say they have to beg Sacramento every session for money to alleviate a problem long considered an issue for cities and counties to solve.

“This is a human-caused problem that can be solved by human beings, I’m confident of that,” Los Angeles Mayor Eric Garcetti said. “These things can get us to a day where we look backwards and say, ‘People don’t live on the streets anymore. How did we ever live that way?'”

Calls to Reopen Classrooms Grow as Teachers Get Vaccinated

Sephora to Fight Against Racial Bias With an Action Plan