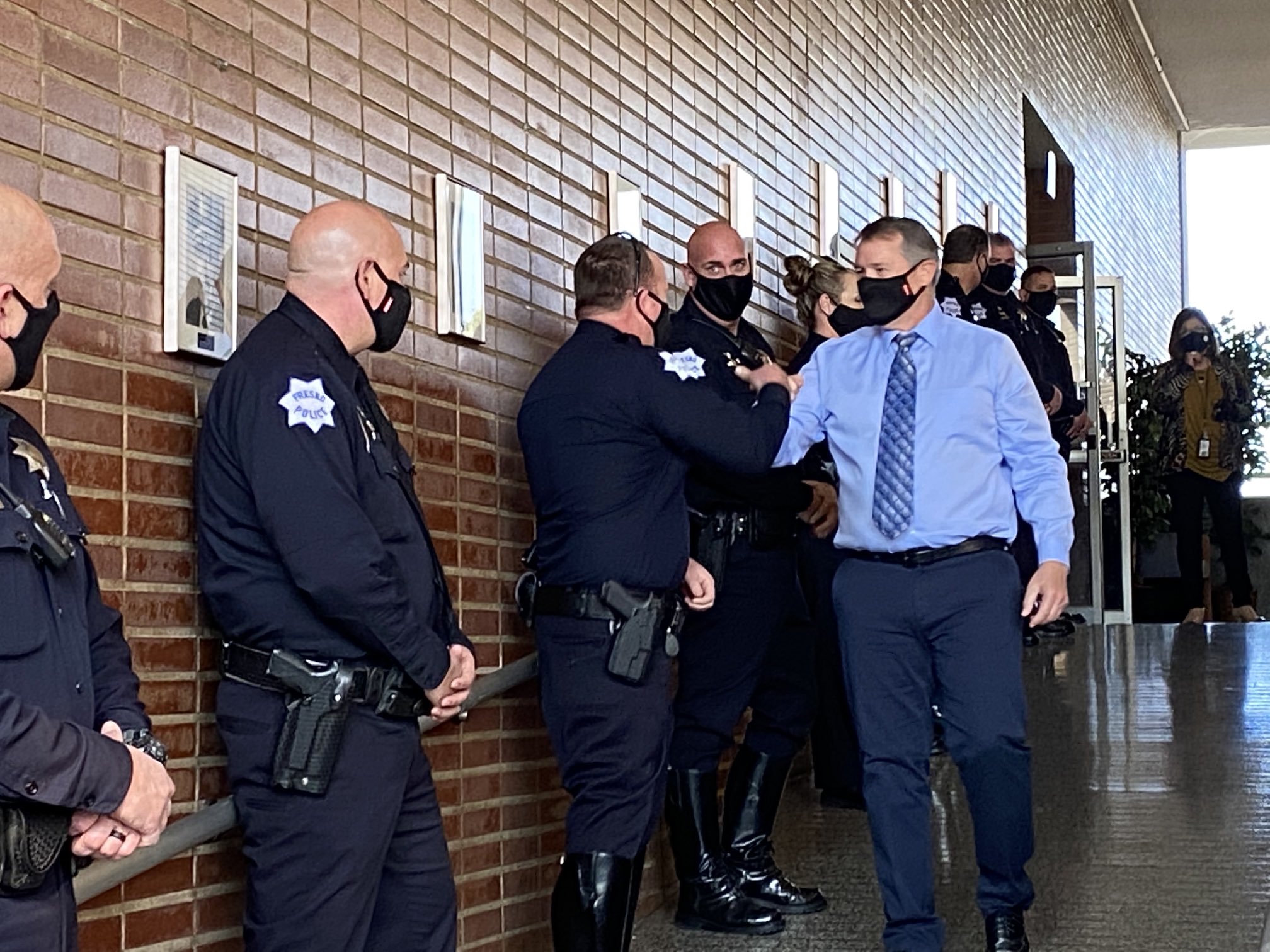 Hall gave way to new chief Paco Balderrama on Monday, completing a 16-month run as police chief. Surrounded by many colleagues at police headquarters, including his predecessor and now Mayor Jerry Dyer, Hall took part in a ceremonial sign-off.

Former Fresno Police Chief, Andrew Hall, retires after 42 years on the job. Today he did his final log off. Thank you for your service to the #Fresno community! pic.twitter.com/Y0kpjcraqx

“I would like to thank you for your 42 years of dedication and service to the city of Fresno,” a police dispatcher said over the communication system. “Your leadership and statements have a lasting impression on our department and will be missed by the both Fresno police department and the entire law enforcement profession. Your smile and your boots will never be forgotten, Chief Hall … 11-10.”

Hall radioed back “Copy, thank you!”

Hall was the surprise selection to succeed the retiring Dyer in August 2019, especially since he did not even apply for the job.

But, then-mayor Lee Brand concluded that the applicant pool did not have a satisfactory candidate, and chose Hall to lead the department in the interim.

Hall took over the job, knowing he had a mandatory retirement date of spring 2021.

Prior to becoming chief, Hall served as a deputy chief and was once the commander of the motorcycle patrol unit. He started his career as an 18-year old cadet.

His communications sergeant, Jeff LaBlue, offered a big hug. The room broke out in applause.

Hall says that he plans to remain in the community.