Calls to Reopen Classrooms Grow as Teachers Get Vaccinated 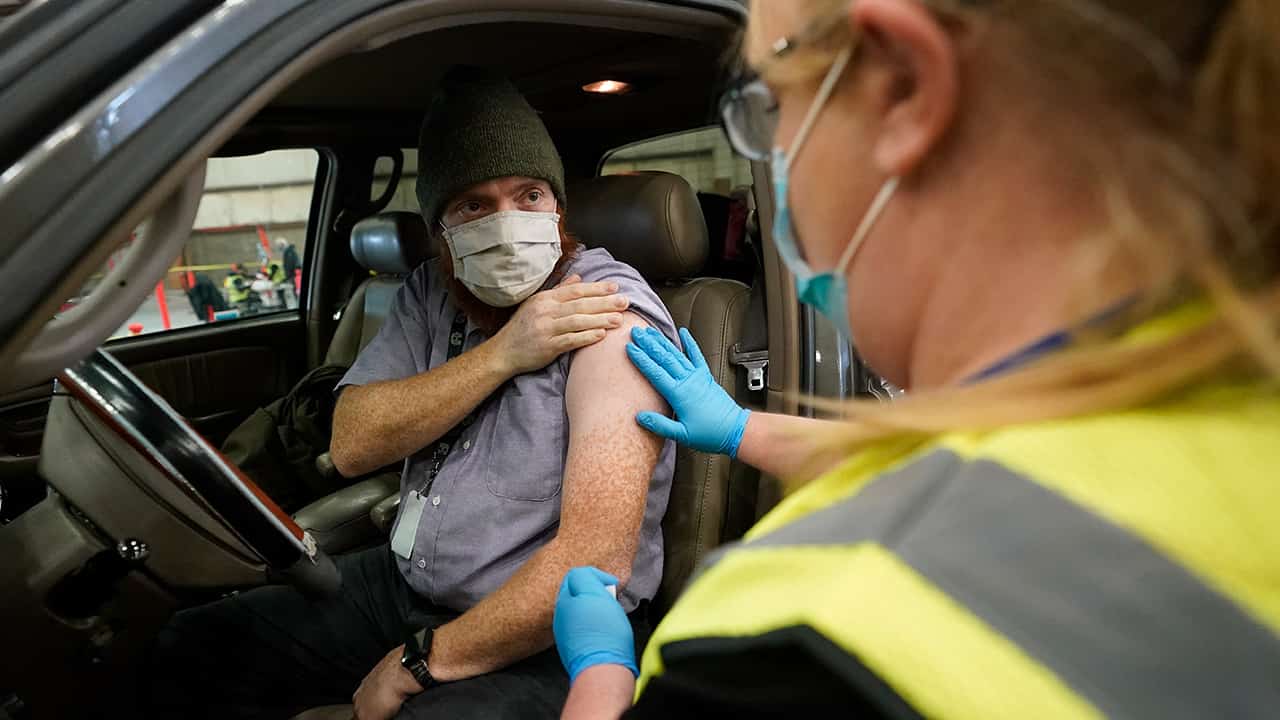 State leaders around the U.S. are increasingly pushing for schools to reopen this winter — pressuring them, even — as teachers begin to gain access to the vaccine against the raging pandemic.

Ohio’s governor offered to give vaccinations to teachers at the start of February, provided their school districts agree to resume at least some in-person instruction by March 1. In Arizona, where teachers began receiving shots this week, the governor warned schools that he expects students back in the classroom despite objections from top education officials and the highest COVID-19 diagnosis rate in the nation over the past week.

“We will not be funding empty seats or allowing schools to remain in a perpetual state of closure,” said Republican Gov. Doug Ducey. “Children still need to learn, even in a pandemic.”

The U.S. recorded an all-time, one-day high of 4,327 deaths on Tuesday, according to Johns Hopkins University. The nation’s overall death toll from COVID-19 has topped 380,000, closing in fast on the number of Americans killed in World War II. Confirmed infections have reached about 23 million.

President-elect Joe Biden initially pledged to reopen a majority of the nation’s schools in his first 100 days but recently revised the goal to most of the country’s K-8 schools. He has said teachers should be eligible for vaccinations as soon as possible after those who are at highest risk.

Some states aren’t waiting, but the process can be scattershot.

Meika Mark, a ninth-grade English teacher in Orange County, New York, got vaccinated Tuesday at a hospital, using a link a friend texted her.

Utah Gov. Spencer Cox Has Said He Wants to Vaccinate All Teachers by the End of February

“It’s just word of mouth: ‘Here’s a link and hopefully you get a slot,‘” said Mark, who contracted the virus in March and spent the rest of the school year teaching remotely. “I know of a woman who had her husband sit in front of a computer literally all day and just click the refresh button until an appointment came up.”

Mark, 34, is now doing some in-person teaching and is grateful for the added layer of protection.

“I told my students before that every day is one day closer to normalcy,” she said. “I think if we just remind ourselves of that, it just helps to pause and live in the moment for a minute.”

High school band director Michael Crookston was among the first teachers to get a vaccination in Utah, which is among the earliest states to give priority to educators. Crookston has been in the classroom since the new school year began, despite having diabetes, which puts him at greater risk from the coronavirus.

“It’s been a thing I’ve been looking forward to, a little bit like Christmas,” said Crookston, who teaches at Davis High School, north of Salt Lake City, where he used a parent’s donation to buy 12 air filters for his band room, as well as face masks and covers on students’ instruments.

Utah Gov. Spencer Cox has said he wants to vaccinate all teachers by the end of February.

Salt Lake City has been hit hard by the virus and was the only district in Utah to stay all-remote this school year. That has angered some GOP leaders, who have threatened to deny the city’s teachers the $1,500 bonuses promised to the state’s educators.

An estimated 10.3 million Americans have received their first shot of the vaccine, or about 3% of the U.S. population, according to the Centers for Disease Control and Prevention. That is an increase of about 1 million from the day before, indicating the vaccination drive is picking up speed after a slow start.

But the U.S. is still well short of the hundreds of millions who experts say will need to be inoculated to vanquish the outbreak.

A report released Wednesday by the CDC adds to the evidence suggesting that children aren’t the main drivers of community transmission. It found that increases in reported cases among adults were not preceded by increases among children and teens. Young adults, it appears, may contribute more to the spread than children do.

Newsom Has Proposed a $2 Billion Plan to Pay for Testing, Protective Equipment and Other Safety Enhancements

Chicago began a phased-in reopening of its schools this week, with about 6,000 pre-kindergarten and special education students expected to return to classrooms and other grades set to follow in the coming weeks. Illinois teachers are not eligible for vaccines yet, but Chicago officials are providing virus tests on school grounds for staff.

Chicago teachers who were punished for refusing to show up for classes over COVID-19 concerns demonstrated Wednesday outside the school board president’s home. Roughly 150 employees have been docked pay and locked out of the school system, meaning they can’t teach remotely either.

California Gov. Gavin Newsom has proposed a $2 billion plan to pay for testing, protective equipment and other safety enhancements to reopen the lowest grades as soon as Feb. 16.

But educators said it is too soon to know when California’s 600,000 teachers can expect to be vaccinated. Jeff Freitas, president of the California Federation of Teachers, said vaccinations have to come first, then schools can talk about reopening.

“We cannot put our own lives, the lives of our students, and our communities at risk during what is clearly an escalating crisis in our state,” the union leader said.

California’s rollout of vaccines has been slower than anticipated, with the first phase, involving health care workers and nursing home residents, still underway.

On Wednesday, Chiefs of Change, a bipartisan group of school administrators, called on state and federal officials to make teachers and other school employees immediately eligible for vaccinations and provide more resources to conduct testing and contact tracing in school districts.

“Those individuals are very uncomfortable and they’re very scared about coming back into school, no matter how safe we make it,” said Robert Runcie, superintendent of public schools in Broward County, Florida.