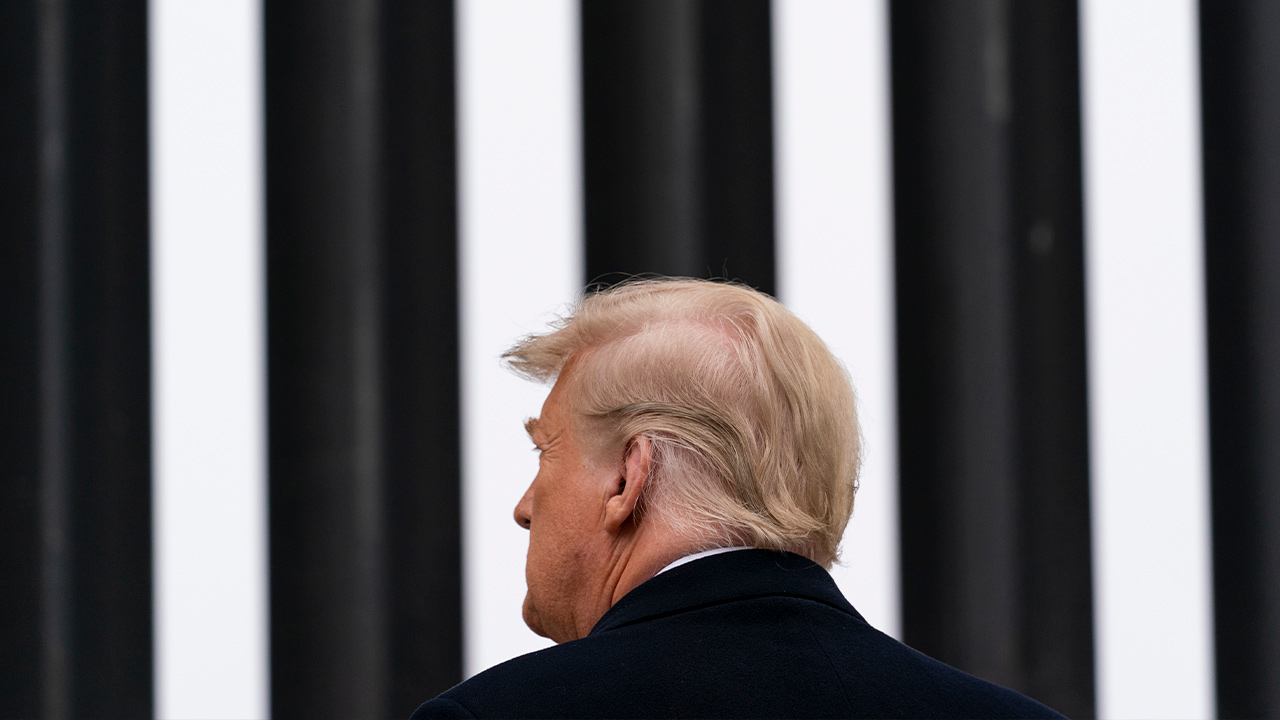 Republicans offered only modest reproach when President Donald Trump said there were “very fine people” on both sides of a white supremacist rally. They stayed in line when Trump was caught pressuring a foreign leader and later defended his handling of a deadly pandemic.

But with a sudden force, the wall of Republican support that has enabled Trump to weather a seemingly endless series of crises is beginning to erode.

Trump’s weakened standing among his own party will come into sharper focus on Wednesday when the House is expected to impeach the president for inciting a riot at the U.S. Capitol last week. A handful of Republicans have already said they’ll join the effort, a number that could grow as the vote nears.

The choice facing Republicans isn’t just about the immediate fate of Trump, who has just seven days left in his presidency. It’s about whether the party’s elected leaders are ready to move on from Trump, who remains popular with many GOP voters but is now toxic in much of Washington.

How they proceed could determine whether the party remains viable in upcoming elections or splinters in a way that could limit their relevance.

“We’re at the moment now where we’re seeing a fracturing, a breaking, because of the unprecedented situation — the sedition, the violence, the death,” said Steve Schmidt, a longtime Republican strategist who left the party because of Trump.

The stunning nature of the deadly insurrection — and Trump’s role in fueling it — has shaken many lawmakers. Rep. Liz Cheney, the No. 3 Republican in the House, gave rank-and-file conservatives the green light to abandon Trump in a scathing statement Tuesday evening.

“There has never been a greater betrayal by a president of the United States of his office and his oath to the Constitution,” she charged.

McConnell also called major Republican donors this weekend to gauge their thinking about Trump and was adamantly told that Trump had clearly crossed a line. McConnell told them he was through with Trump, said the strategist, who demanded anonymity to describe McConnell’s conversations. The New York Times first reported McConnell’s views on impeachment on Tuesday.

For the First Time, There Are Real Signs That a Significant Faction of Republicans Want to Purge Trump From Their Party

While stunning, the fast-moving developments do not ensure Trump will be forced from office before Democrat Joe Biden’s Jan. 20 inauguration. The timing of a Senate trial is unclear and could spill into Biden’s presidency.

But for the first time, there are real signs that a significant faction of Republicans want to purge Trump from their party.

Already, three Trump Cabinet members have resigned in protest. Former Attorney General Bill Barr, who left the White House less than a month ago, accused his former boss of a “betrayal of his office.”

It took almost a week for Vice President Mike Pence, whose relationship with Trump has soured considerably since he and his family were forced into hiding during the Capitol siege, to publicly declare he would not invoke the 25th Amendment of the Constitution to remove Trump from office.

Despite the defections, Trump remains popular with a significant portion of his political base. The president’s remaining allies warn that Republicans who cross him publicly risk a conservative backlash in their next elections.

Trump emerged from his White House fortress for the first time since the riots for a trip to the wall his administration built along the Texas border. As he left Washington, he was careful to insist “we want no violence,” but denied any responsibility for the insurrection.

Once he reached the border, his remarks to a small crowd were fairly muted. In the end, he spoke for just 21 minutes and spent less than 45 minutes on the ground in what was expected to be the final trip of his presidency.

Before leaving, he offered an ominous warning to Democrats leading the charge to remove him from office: “Be careful what you wish for.”

That veiled threat came as the nation — and members of Congress — braced for the potential of more violence ahead of Biden’s inauguration. The FBI warned this week of plans for armed protests at all 50 state capitals and in Washington.

Capitol security officials made the extraordinary decision to require members of Congress to pass through metal detectors to enter the House chamber beginning on Tuesday, although some Republicans resisted the new rule.

It’s unclear whether the chaos in Washington represents an existential threat to the party, but it almost certainly threatens to undermine the GOP’s short-term political goals.

Several major corporations, many of them reliably Republican donors, have promised to stop sending political donations to any of the 147 Republicans who perpetuated Trump’s false claims of election fraud by voting to reject Biden’s victory last week.

The fundraising challenge comes at a bad time for the GOP. History suggests that the Republican Party, as the minority party in Washington, should regain control of the House or Senate in 2022.

At the same time, a collection of ambitious Republicans are trying to position themselves to run for the White House in 2024. They are also contending with Trump’s legacy.

One of them, Maryland Gov. Larry Hogan, reminded reporters on Tuesday that he’s condemned the Trump presidency from the very beginning.

“I’ve been in the same place I’ve been for the whole four years. A lot of people have just changed their position,” Hogan said, while vowing not to leave the GOP. “I don’t want to leave the party and let these people who did a hostile takeover four years ago take over.”

Despite Hogan’s confidence, he is far less popular among Trump’s loyal base — a group likely to hold great sway in the selection of the party’s next presidential nominee — than the likes of Sens. Ted Cruz of Texas and Josh Hawley of Missouri, two other 2024 prospects who voted to reject Biden’s victory last week, even after the uprising.

“Republican leaders do not know how to move forward,” Republican pollster Frank Luntz said. “Everybody’s afraid that Donald Trump will tell people to come after them, but they also realize they’re losing the center of America. They’re trapped.”

Related Topics:President Donald TrumpRepublicans
Up Next