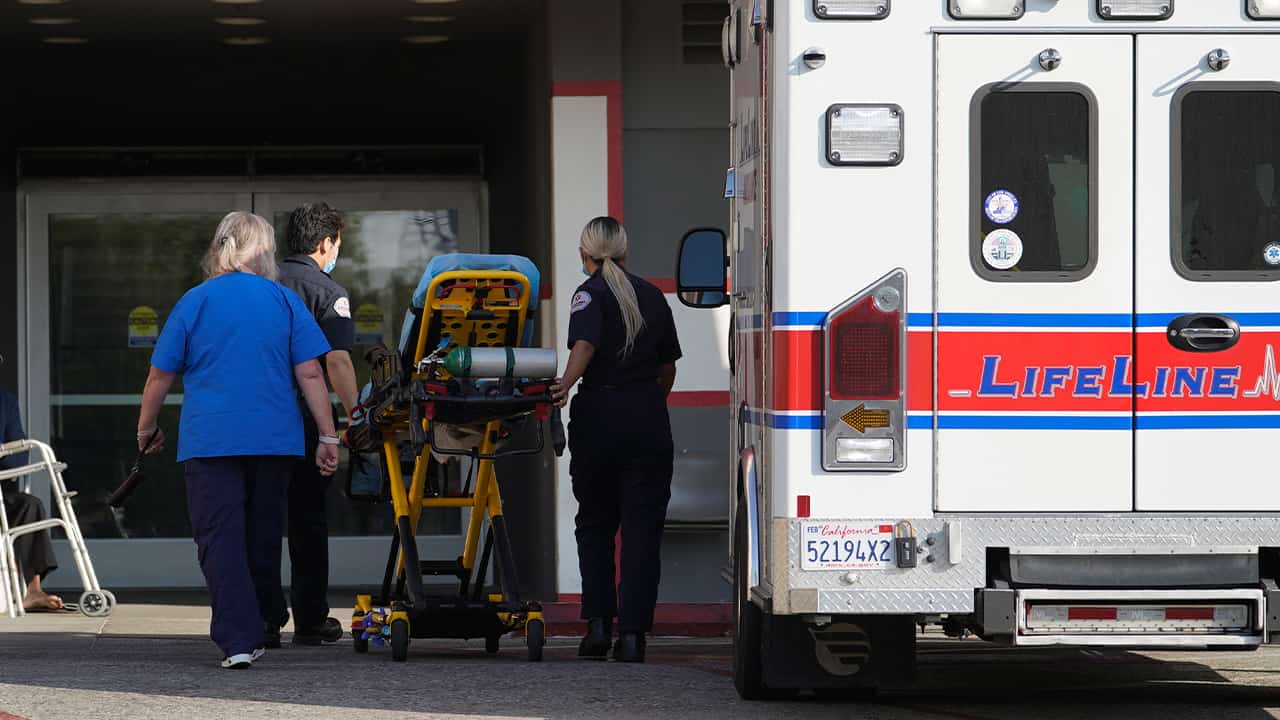 Over the weekend, state officials reported a two-day record of 1,163 deaths. Hospitalizations also have exploded and many hospitals are stretched to the limit.

California ranks third nationally in coronavirus deaths, behind Texas and New York, which is in the No. 1 position with nearly 40,000.

Health officials have warned the worst is yet to come later this month, when there’s full picture on infections from the holidays.

In Los Angeles County, deaths have topped 12,000 and confirmed coronavirus cases have surpassed 900,000.

During the weekend, county Public Health Director Barbara Ferrer characterized the spread of the virus as “immense” and said it reflected unsafe things people did during the holidays, making any activity outside a household much more risky.

“This is just not the time to go to the shopping mall or to a friend’s house to watch a basketball or football game,” Ferrer said.

The department said Curative PCR tests at the pop-up sites between Dec. 13 and Jan. 2 made up about 10% of all COVID-19 tests administered at county-supported test sites during that same time frame. The switch to Fulgent Genetics tests will take place this week.

In another change, the city of Los Angeles announced late Sunday that its huge COVID-19 testing site at Dodger Stadium will be transformed into a massive vaccination center by the end of the week.

The First COVID-19 Case in California Was Confirmed Jan. 25

“This shift in resources will temporarily reduce testing capacity in LA County, but it will more than triple the number of daily vaccines available to be dispersed to Angelenos,” a city statement said.

Mayor Eric Garcetti said vaccines are “the surest route to defeating this virus and charting a course to recovery.”

The first COVID-19 case in California was confirmed Jan. 25. The death of a San Jose woman on Feb. 6 is the first known U.S. death from COVID-19.

Many of the state’s hospitals are out of regular intensive care beds for the sickest COVID-19 patients.

The hardest-hit areas are 15 counties in Southern California and the agricultural San Joaquin Valley. Those counties comprise a majority of the state’s population, including many lower-income residents who may live in crowded areas or work in jobs that place them in close contact with customers or other employees, increasing their risk of infection.

Hospitals in the counties have been ordered to delay non-essential elective surgeries, such as knee replacements, to make room.

The biggest fear is that after a surge of cases from Christmas and New Year’s gatherings hospitals will be tipped into rationing care — apportioning care on the basis of who has the best chance of survival.

Lawmakers and public health officials say that surge on top of a surge would involve people who were infected when they ignored social distancing rules to gather with friends and relatives during the holidays.