After the Real Thing, Nunes Gins Up a 'Coordinated Attack' on Democracy 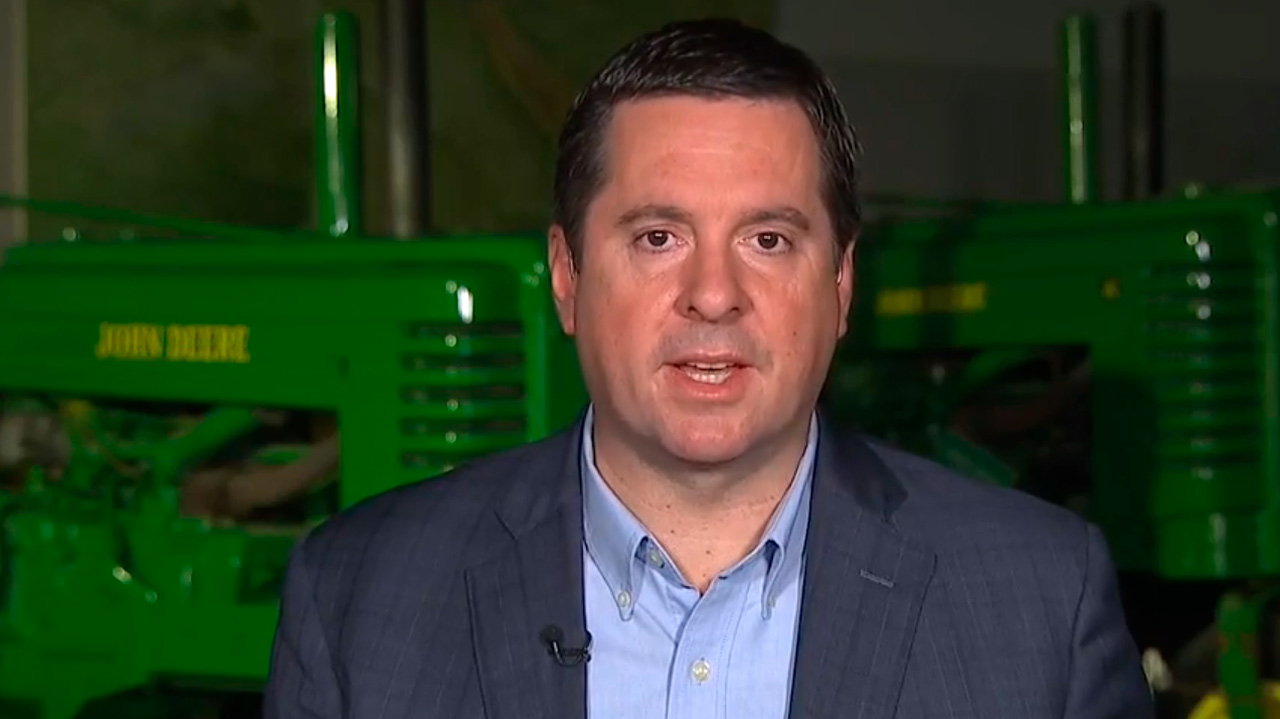 Rep. Devin Nunes isn’t a lawyer, but he plays one on TV.

He isn’t a political scientist either, yet he throws around words without understanding their meaning.

And, he certainly isn’t a statesman trying to appeal, as Abraham Lincoln said in his first inaugural address, to the “better angels of our nature.”

Nunes is a flame-thrower for whom a day without headlines is a day of regret.

That makes the Republican Tulare congressman one of the most dangerous elected officials in America at a time the radicalized right seeks to incite our nation’s second Civil War.

I don’t know whether Nunes’ rantings flow from political ambition, deep-rooted insecurities, or a combination of the two.

Given a forum by Fox News host Maria Bartiromo to address the nation on Sunday after the Capitol Riots, Nunes talked about his recent book “Countdown to Socialism” and blasted the decisions by Amazon, Apple, and Google to suspend the conservative social media platform Parler.

There “should be a racketeering investigation on all the people that coordinated this attack on not only a company but on all of those like us,” Nunes said.

“I have 3 million followers on Parler. Tonight I will no longer be able to communicate with those people and they’re Americans.”

For the record, Nunes still has a Twitter account and The Devin Nunes Podcast, which is available on multiple platforms. I mean who wouldn’t want to listen to “Pee Tape Truthers Should Not Be Confirmed” again and again?

Moreover, Nunes could schedule an old-fashioned, in-person town hall, which he is loath to do because he might actually hear from Democratic constituents. He also has carte blanche from Fox News.

As for a coordinated attack on democracy, that’s what took place Wednesday in D.C.

Thus far, Nunes hasn’t been concerned enough to issue a statement condemning the death and destruction at our nation’s Capitol.

Yet we don’t hear Nunes telling the radicalized right to stand down. Or for Americans to come together. He’d rather conjure more unsubstantiated conspiracy theories, deny that Biden won the election, and sow division.

Amazon, Apple, and Google are businesses. Clients agree to their terms and conditions. If you violate them, you get cut off. Pulling the cord on Parler had nothing to do with censorship or free speech. It was a business decision and a recognition that some of the people using Parler were afforded free rein to plan their attempted coup and keep President Donald Trump in office.

But this no-shirt, no-shoes, no-service reality didn’t stop Nunes from falsely claiming the decision was a violation of First Amendment rights. As Schenck v. United States in 1919 determined, free speech doesn’t protect the right to incite actions that would harm others.

Nunes Must Have Slept Through Poly-Sci Classes

Depending on the day, he describes the left as socialists, communists, or fascists.

The reality is, America’s many governments are hybrids. They blend capitalism and socialism.

That is, to say, our governments combine free markets while providing public education and building Nunes’ beloved highways and dams. The U.S. also offers a public safety net — unemployment insurance, food stamps, and social security, for example. There are subsidies to farmers so they can grow the crops that feed Americans and people around the world.

Nunes may hate socialism, but I’ve never heard him complain about government help for farmers.

Fascism, meanwhile, opposes state ownership. The far-right ideology promotes extreme nationalism and authoritarianism and could care less about economic inequality. Fascist countries typically are led by dictators. Which Trump pined — and still does — to be.

Nunes Really Is a Farmer: He Sows Division

Earlier this year, we saw the seeds of insurrection when protestors stormed past police into state Capitol buildings in Idaho, Michigan, and Oregon.

Last Wednesday, some of the insurrectionists in D.C. wore black t-shirts proclaiming “Civil War Jan. 6, 2021.” And, the FBI says that extremists are exhorting Trump supporters to “storm” the U.S. Capitol again and stage “armed protests” at state government buildings across the country ahead of President-elect Joe Biden’s inauguration.

Yet we don’t hear Nunes telling the radicalized right to stand down. Or for Americans to come together.