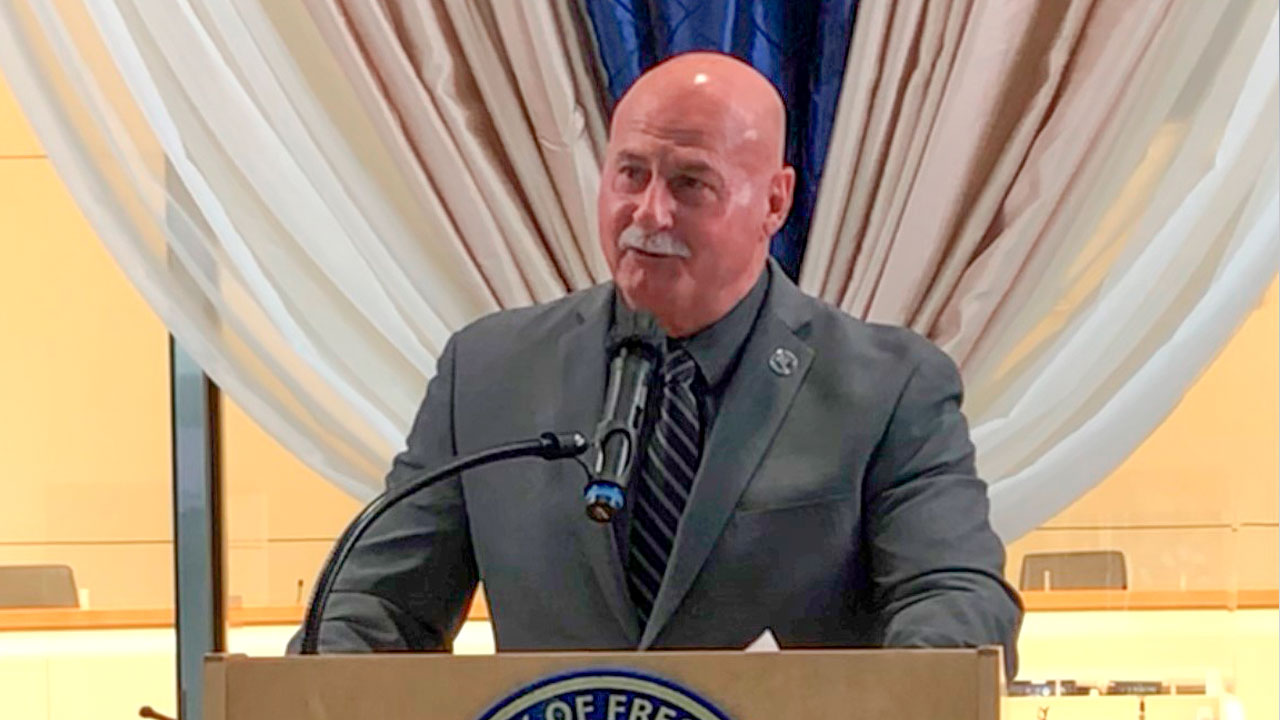 Tensions heightened during the first meeting of the new Fresno City Council session on Thursday.

The council voted to support the passage of Measure P, leading to an argument about north vs. south funding priorities. With a 5-2 vote, the council started the process to recognize that the sales tax for parks and other programs has passed after it initially was ruled to fail.

Prior to the business end of the meeting, Mayor Jerry Dyer delivered his first public address, outlining his plans for his first term.

Dyer and three councilmen took their ceremonial oaths of office on Thursday morning. They were officially sworn-in on Tuesday.

The mayor wants to start with his Housing the Homeless program.

“I’ve been working over the last several months with the governor’s office as well as Caltrans and CHP.  We are going to be relocating those individuals from the freeway into housing beginning this month.  I am anticipating within the next 45 days to 60 days, our freeways will not have homeless people on them,” Dyer said.

Another program Dyer will launch is a Beautify Fresno office.

“This will be a very comprehensive, sustained initiative that will allow us to take all of the resources that we have in the city that touch some form of beautifying this city — whether it’s our sidewalks, our streets, picking up litter, the graffiti abatement — we’re going to be merging all of those different functions under one department in the city. We’re going to be working closely with many of our allied agencies so that we can restore the curb appeal in Fresno,” Dyer said.

The new mayor also talked about a common desire of all elected leaders: economic prosperity and improving downtown Fresno. Dyer wants to increase downtown housing from 3,000 units to 10,000.

That includes turning the convention center area into a zone for professional soccer.

Last month, a three-judge panel at the Fresno-based Court of Appeal ruled that Measure P only needed a majority to pass. When the 2018 tax measure received 52.17% of the vote instead of two-thirds, the city ruled it failed.

“(It is an) embarrassing and shameful history when it comes to our parks and green space,” Maxwell said. “The judicial system has already spoken.”

When Measure P is certified — absent a state Supreme Court reversal — Fresno’s sales tax will increase by 3/8 of one percent on July 1.

There were heated moments during the council debate, particularly when discussing equity and fairness of spending in north vs. south Fresno.

“They don’t need nice parks in north Fresno because in your area, your parks are probably better than ours. I barely even have green space,” councilwoman Esmeralda Soria said to northeast councilman Garry Bredefeld.

“I also have a problem when we continue to do, which is the go-to for some folks, north versus south. I can take you throughout my district and show you parks that are not maintained,” Bredefeld said.

A visibly frustrated Mike Karbassi, the councilman for northwest Fresno, had a plea for his colleagues.

“What’s the solution, guys? We can do what we’re going to do. We can make these statements — north, south. anti-police, we’re not anti-police. What we say matters. What (President Trump) said the other day mattered and we saw the results,” Karbassi said.

Karbassi and Bredefeld were the only two council members to vote against recognizing the passage of Measure P.

The Howard Jarvis Taxpayers Association, which defended the defeat of Measure P in court when the city took a neutral stance, has said it would appeal the appellate decision to the state Supreme Court.

Once Banned, PLA to Become the Way

The city council tackled another contentious issue when it started the process to mandate Project Labor Agreements on all city projects.

The agreements sets standards such as what type of labor can work on projects and completion times. It is common for a union organization to facilitate PLA.

For more than an hour, the council heard the positive and negative about instituting mandatory construction contracts for all city projects. The goal, several supporters on the council said, was to make sure such multi-million dollar projects used workers from the Fresno area.

Organizations supporting construction trades expressed concern that it could raise costs on projects, and exclude many contractors who do not use union labor.

The motion passed 6-1, with Bredefeld as the lone no vote.

Last month, the council changed how it annually selects a president and vice president — no longer would they have to accept a pre-ordained rotational system.

On Thursday, the council selected Luis Chavez as president and Nelson Esparza as vice president.

Normally, the selection of the two leadership positions is made by rotation. Hence, Chavez was already slated to take over the gavel.

Under the old system, Bredefeld would have been vice president. He was bypassed. Outgoing president Miguel Arias nominated the Chavez/Esparza pair. An effort by Karbassi to separate the vote was rejected.

The council then approved, 4-2, the Chavez/Esparza slate, with Karbassi and Bredefeld voting no. Chavez abstained.

During his speech following his ceremonial oath of office, Bredefeld vowed to uphold his conservative principles.

“(I will) speak out strongly against radical and destructive policies that hurt our city, no matter where they come from, Sacramento, Washington, or even out of this building,” Bredefeld said.

Councilman Nelson Esparza said a pocket park in his district was nothing more than a strip of grass.

“None of the residents who live in the neighborhood consider it a park,” Esparza said. “(The residents) want to move forward with seeing that property put to a different use.”

Now, the city is in the processing of selling it.

By a 7-0 vote, the council declared the park at the corner of First and Nevada as surplus property. That starts the process for the city to sell the property. Esparza said it is possible for a neighboring resident to purchase and expand their property. 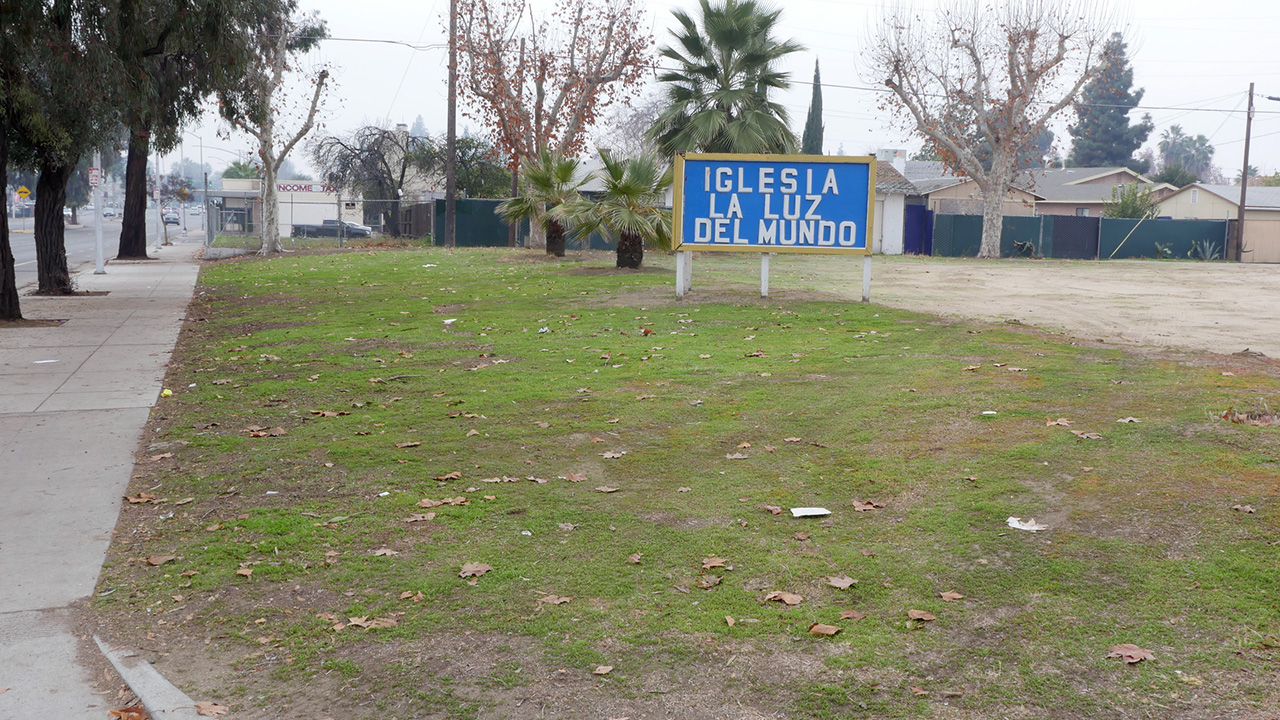 The city declared this strip of land surplus property so it can sell it. (GV Wire/Jahz Tello)

Right to Counsel Program Would Cost $5.7 Million a Year

The program, known as Right to Counsel, is estimated to cost $5.7 million a year to assist 6,900 tenants.

A counterproposal from Sloan includes $170,000 for one dedicated city attorney to serve 30 tenants a month.

As proposed by a coalition of housing and legal advocates, the program would also require landlords to notify renters of their rights.

The City Council approved a raise for Sloan by a 7-0 vote on Thursday.

Last year, the council approved an additional 75 hours of leave time in lieu of a pay raise.