World Watches US Chaos With Shock, Dismay and Some Mockery 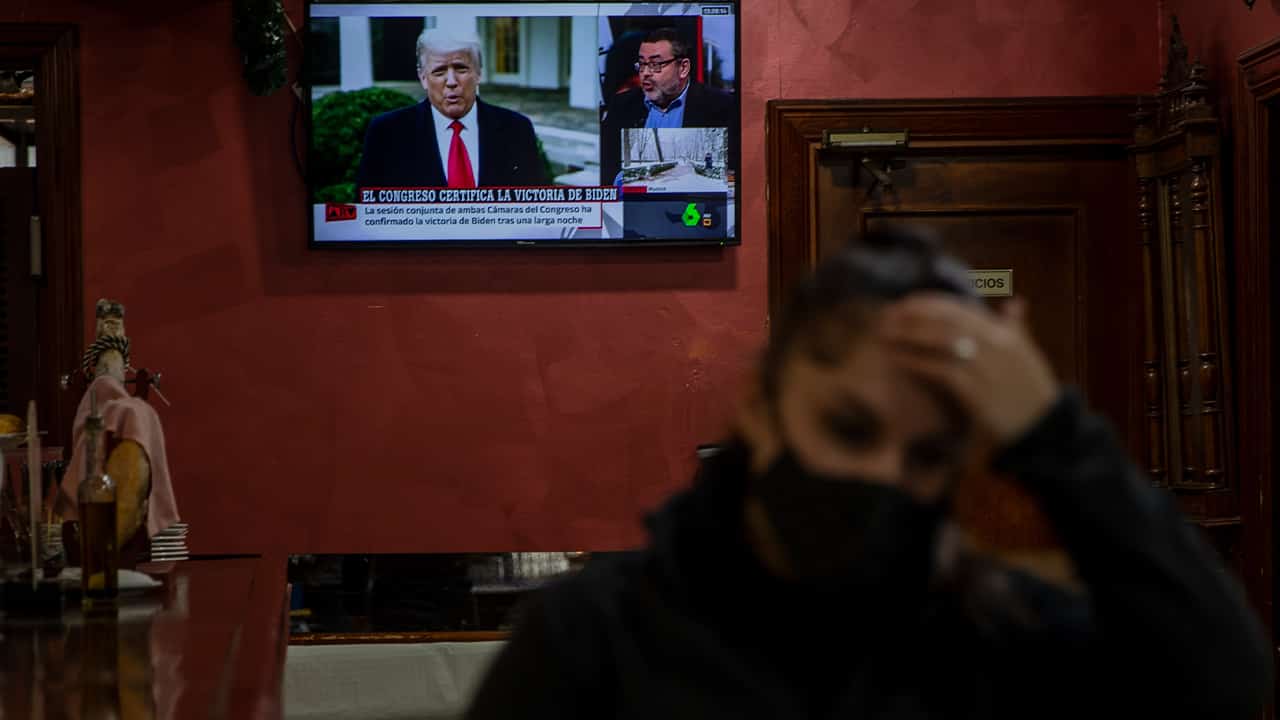 PARIS — As the world watched American institutions shaken to the core by an angry mob, officials and ordinary citizens wondered: How fragile is democracy, and how much stress could their own political systems withstand?

“If it can happen in the U.S., it can happen anywhere,” said Gunjan Chhibber, a 39-year-old who works for an American tech company in India, the world’s largest democracy. She stayed up all night, watching and worrying at her home in Delhi as the chaos unfolded many time zones away.

In Germany, whose modern system of governance was nurtured by successive American administrations, Chancellor Angela Merkel was unusually blunt on Thursday, drawing a direct line from President Donald Trump’s refusal to concede his election defeat to the atmosphere that made the storming of the U.S. Capitol by his supporters possible.

“A fundamental rule of democracy is that, after elections, there are winners and losers. Both have to play their role with decency and responsibility so that democracy itself remains the winner,” Merkel said.

Eva Sakschewska, a German who followed the news closely, said the events in Washington were almost inconceivable.

“You can only fear how far this can go when populists come to power and do such things,” she said. “You know that in the U.S., democracy has a long history and that it comes to something like that – yes one is afraid.”

In Iraq, where the violent U.S.-led overthrow of Saddam Hussein in 2003 led to years of sectarian conflict and a deeply flawed democracy, many watched and marveled at the scenes unfolding in Congress.

Iraqis have suffered for years under power-sharing arrangements among competing elites divided along sectarian lines. Backroom deals are common to avoid political paralysis, and democratic ideals have been tainted by an entrenched system of patronage through which state jobs are doled out in exchange for support. Political parties also have affiliated militias that wield significant power on the street. From afar, the violence in Washington had a contemptible familiarity.

Communist-Ruled China Has Long Accused the U.S. of Hypocrisy

“Iraq calls on the U.S. regime to respect the principles of democracy, or it will intervene militarily to bring down the dictator,” said Mustafa Habib, a well-known Iraqi analyst and researcher, in a tweet that mocked Washington’s actions abroad.

Venezuela, which is under U.S. sanctions, said the events showed that the U.S. “is suffering what it has generated in other countries with its politics of aggression.”

Venezuelan President Nicolás Maduro has survived U.S.-backed opposition efforts to oust him despite accusations of human rights abuses, civil unrest and a humanitarian crisis that has forced millions to flee the oil-rich country.

“We exported so much democracy that we don’t have any left,” American-Palestinian scholar Yousef Monayyer wrote on Twitter, the social network favored by Trump until he was locked out of it late Wednesday.

His comment joined the growing strain of sarcasm bordering on schadenfreude from those who have long resented the perceived American tendency to chastise other countries for less-than-perfect adherence to democratic ideals.

This time, however, it was an attempt by Americans to stop a peaceful transition of power to President-elect Joe Biden after a democratic election in a country that many around the world have looked at as a model for democratic governance.

In China, which has had constant friction with Washington over trade, as well as military and political issues, people were scathing in their criticism of Trump and his supporters, citing both the coronavirus pandemic and the mob action.

Communist-ruled China has long accused the U.S. of hypocrisy in its efforts to promote democracy and advocate for human rights overseas.

The Communist Youth League ran a photo montage of the Capitol violence on its Twitter-like Weibo microblog with the caption: “On the sixth, the U.S. Congress, a most beautiful site to behold.” That appeared to mock House Speaker Nancy Pelosi for her June 2019 comments in praise of sometimes- violent anti-government protests in Hong Kong.

“The U.S. is not as safe as China, right? I think Trump is a self-righteous and selfish person,” said financial adviser Yang Ming.

Iran, which faces routine U.S. criticism over violations of human rights and democratic values, jumped on the chaos as proof of American hypocrisy.

The events tarnished the American insistence that it is a bastion of democracy for countries that have only in recent decades, in some cases, given up autocratic or military-controlled forms of government.

“The beauty of democracy?” with a shrug emoji was the reaction tweeted by Bashir Ahmad, a personal assistant to the president of Nigeria, which has seen several coups since independence — including one led decades ago by President Muhammadu Buhari, who was elected to office in 2015.

Some legislatures in Asia — South Korea and Taiwan, for instance — have at times been marred by brawls and screaming matches, but democracies throughout the region are normally staid versions of European and American lawmaking models.

“This is shocking. I hope this will serve as chance for the Americans to review their democracy,” said Na HyunPil at the Korean House for International Solidarity, a Seoul-based NGO. “Trump is entirely responsible for this incident. After his four-year rule, the Americans find it difficult to tell other countries that their country is a good model for democracy.”

Several countries, both U.S. allies and antagonists, issued travel warnings to their citizens, although with coronavirus infections soaring in the United States, arrivals from abroad are down to a trickle.

Ally after ally expressed shock, followed by affirmations that U.S. democratic institutions would withstand the turmoil.

“Disgraceful scenes in US Congress,” tweeted U.K. Prime Minister Boris Johnson. “The United States stands for democracy around the world and it is now vital that there should be a peaceful and orderly transfer of power.”

For others, less friendly, it was portrayed as a last gasp and one that belonged solely to Americans themselves.

“American democracy is obviously limping on both feet,” said Konstantin Kosachev, head of the foreign affairs committee in Russia’s upper house of parliament. “I say this without a shadow of gloating. America no longer charts a course and therefore has lost all rights to set it — and even more so to impose it on others.”