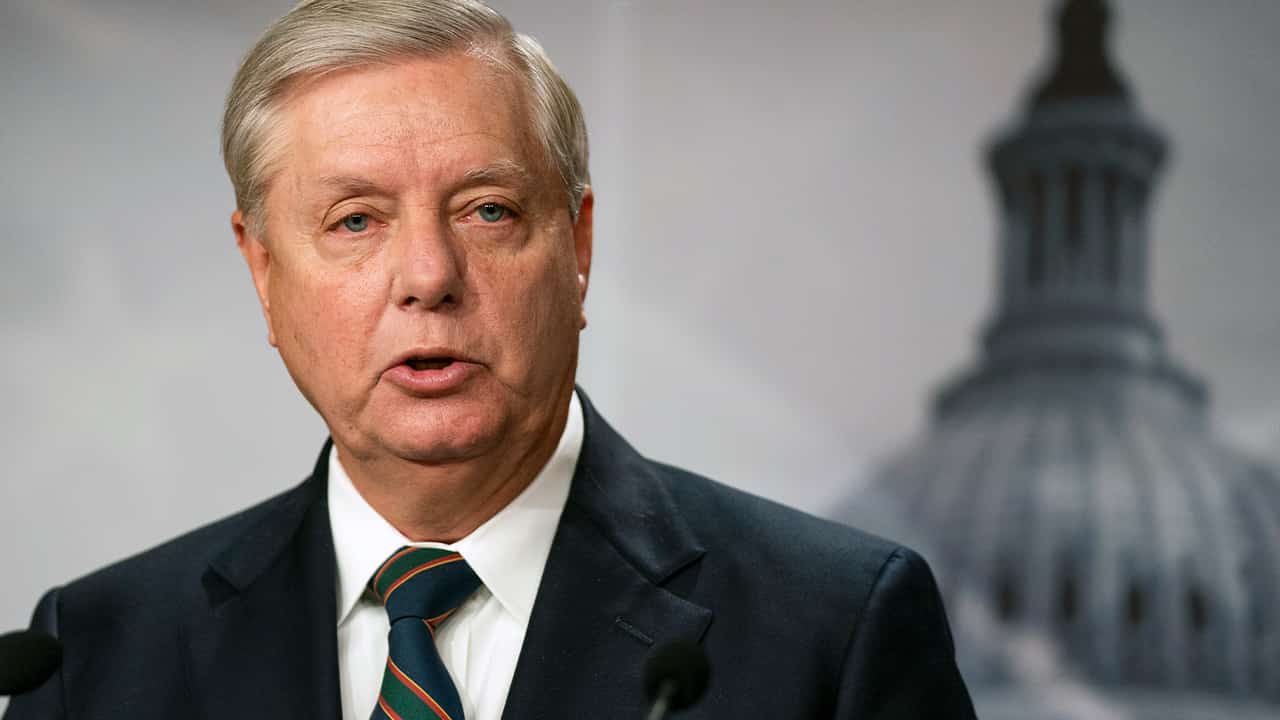 COLUMBIA, S.C. — One of President Donald Trump’s top congressional allies, Sen. Lindsey Graham said Thursday that the president must accept his own role in the violence that occurred at the U.S. Capitol, adding that he didn’t regret helping Trump but that the whole matter had been a “self-inflicted wound.”

“When it comes to accountability the president needs to understand that his actions were the problem not the solution,” the South Carolina Republican said Thursday during a news conference in Washington. “A good friend of mine, Rudy Giuliani, did not help.”

Graham was referencing Trump’s comments at a rally on Wednesday where thousands of the president’s supporters gathered, and where he stoked displeasure at the impending Electoral College certification vote of Democrat Joe Biden’s victory over him in the 2020 election.

“If you don’t fight like hell, you’re not going to have a country anymore,” he said, encouraging attendees to walk down the street to the Capitol, where lawmakers had gathered for the session.

“Let the weak ones get out,” he went on. “This is a time for strength.”

Giuliani told the crowd, “Let’s have trial by combat.”

After the rally, a mob of Trump’s supporters stormed the Capitol and unleashed unprecedented scenes of mayhem in hopes of halting the peaceful transition of power. Members of Congress were forced into hiding, offices were ransacked, and the formal congressional tally of Electoral College votes was halted for more than six hours.

Graham was once a foe of Trump, even questioning his mental fitness for office. But his popularity among Republicans in his home state grew as he developed a relationship with the president, who twice won South Carolina, and where support for him remained steady throughout his term. Over time, Graham has become one of Trump’s top confidants in the Senate, helping him confirm conservative justices to the Supreme Court and a frequent partner on the golf course.

But after what he called Trump’s unconstitutional argument that Pence could overturn Biden’s victory, coupled with Wednesday’s violence, Graham — who had encouraged Trump to pursue legal challenges to the election results — said on the Senate floor that he felt objecting to the results was a “uniquely bad idea to delay this election” and that “enough is enough.”

“Trump and I, we’ve had a hell of a journey. I hate it to end this way,” Graham said. “Joe Biden and Kamala Harris are lawfully elected and will become the president and the vice president of the United States on January 20.”

Graham’s pledge to “work with” the Biden administration could be seen as a fulfilled prophecy by some of his former foes. Joe Reynolds, one of Graham’s 2020 GOP primary challengers, told The Associated Press late last year that conservatives were “fooling themselves” if they thought Graham would be steadfast in the event Biden won, saying Graham would be “the first one through the White House door of a Biden administration. … He’ll change his stripes in a heartbeat if it’s going to suit Lindsey Graham.”

As some have called on Pence and the Cabinet to invoke the 25th Amendment as a possible way to oust Trump from office ahead of Biden’s Jan. 20 inauguration, Graham rejected the notion, saying he hoped that the president, as well as Democrats making such calls, would “turn down the rhetoric.”

“The next two weeks can begin to right the ship, depending on how the president behaves,” Graham said.

Ultimately, Graham said he had no regrets for his rapport with Trump but was disappointed in the administration’s closing days.

“It breaks my heart that my friend, a president of consequence, would allow yesterday to happen, and it will be a major part of his presidency,” he said. “It was a self-inflicted wound.”