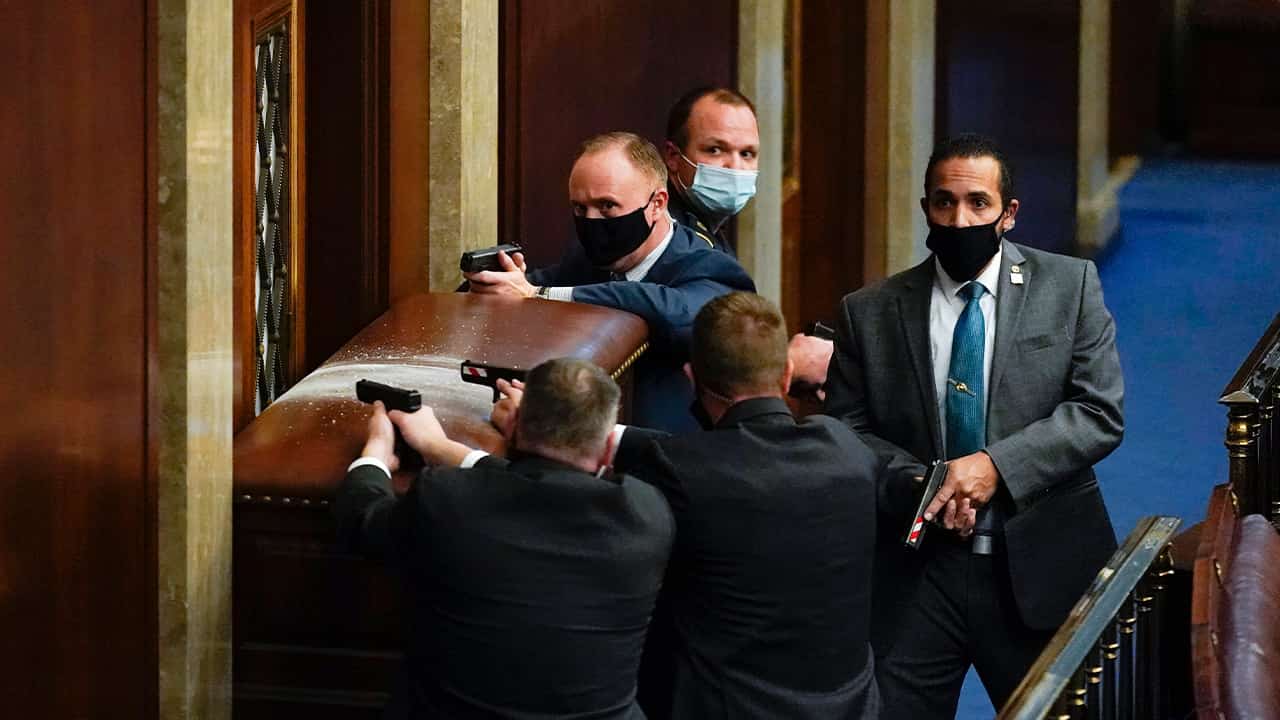 KCRA Television California lawmakers are responding to the pro-Trump rioters who stormed the U.S. Capitol on Wednesday during a protest by those who refuse to acknowledge President Donald Trump’s election loss.

The protest, aimed at thwarting a peaceful transfer of power, forced lawmakers to be rushed from the building and interrupted challenges to Joe Biden’s Electoral College victory. The thousands of protesters converged at the U.S. Capitol as Congress was gathering to put the final stamp on President-elect Joe Biden’s victory.

“Violence has no place in our democracy. I wanted to let you all know I am sheltering and safe. Thank you to all the Capitol Police officers defending my colleagues and our Capitol,” said Democratic U.S. Rep. Josh Harder in a tweet.

Democratic U.S. Rep. Ami Bera said in a tweet that he and his staff are safe.

“The storming of the U.S. Capitol is dangerous and disgusting and needs to stop, immediately,” Bera tweeted Wednesday afternoon.

Rep. John Garamendi, also a Democrat, called the protest and overtaking of the Capitol a “blatant attack on American democracy.”

McCarthy, Valadao on Washington D.C. Protests: It Is ‘Un-American,’ Has To Stop