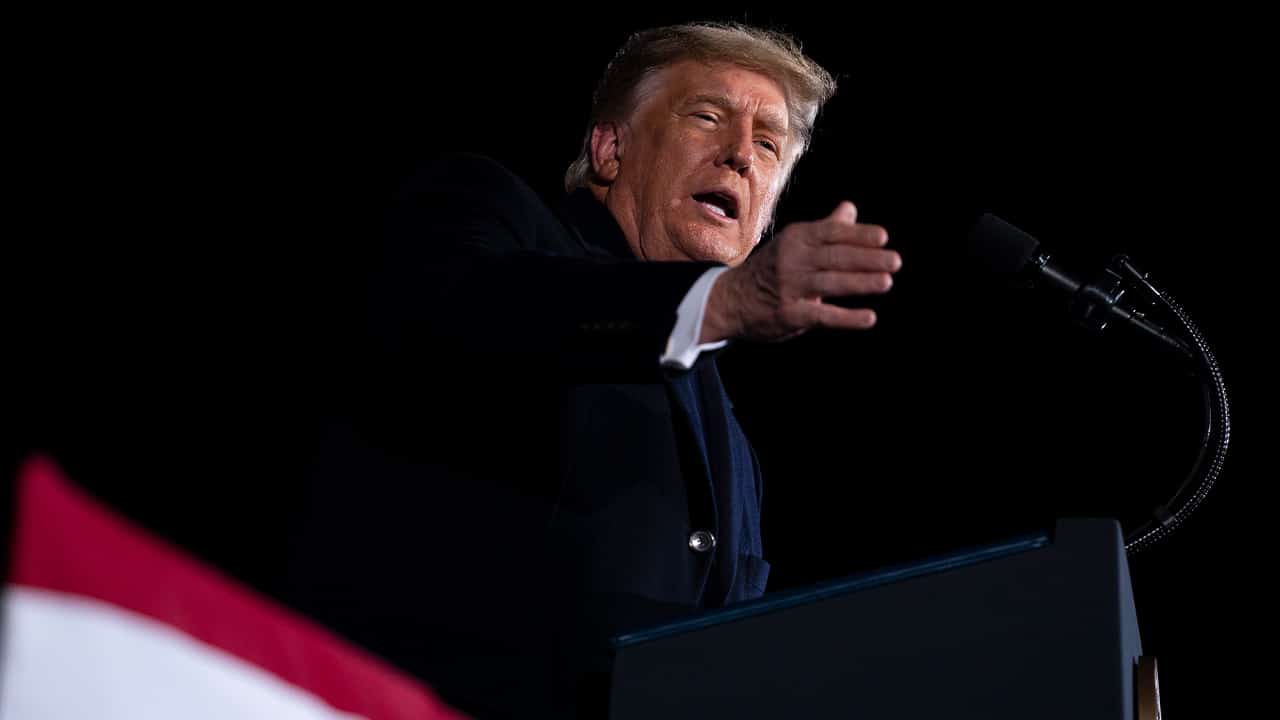 WASHINGTON — Republican lawmakers who are orchestrating an unprecedented attempt to overturn Joe Biden’s election win over President Donald Trump have not settled on a full strategy ahead of Wednesday’s joint session of Congress to confirm the Electoral College vote.

With mounting desperation, Trump declared at a campaign rally in Georgia Monday that he would “fight like hell” to hold on to the presidency and he appealed to Republican lawmakers to reverse his election loss.

But those Republicans leading the longshot effort in Congress are still deciding the details of their strategy. A late-night meeting convened by Sen. Ted Cruz, R-Texas, reached few conclusions, according to two Republicans familiar with the situation and granted anonymity to discuss it. Cruz will object to electoral results from Arizona, another Republican said. That’s likely to be the first objection considered, in a state Biden won.

Trump’s attempt to enlist his allies to overturn Biden’s 306-232 election win is unlike anything ever attempted in modern times, and it is all but certain to fail. Biden is set to be inaugurated Jan. 20.

Still, the days ahead will be defining for his presidency. Trump is whipping up crowds and people are gathering in Washington, where security is on alert. Lawmakers are being told to arrive early at the Capitol and some are considering sleeping overnight in their offices to ensure they can safely access the building.

Trump, at the evening rally in Georgia for two GOP senators in runoff elections vowed the electors voting for Biden are “not gonna take this White House!”

Trump’s repeated claims of voter fraud have been roundly rejected by Republican and Democratic election officials in state after state and judges, including justices on the Supreme Court. Trump’s former attorney general, William Barr, also has said there is no evidence of fraud that could change the election outcome.

Vice President Mike Pence will be closely watched as he presides over the session. He is under growing pressure from Trump and others to tip the results in Trump’s favor. But Pence has a ceremonial role that does not give him the power to affect the outcome. A coalition of senators and senators-elect have pledged to reject the results.

“I promise you this: On Wednesday, we’ll have our day in Congress,” Pence said while himself campaigning in Georgia ahead of Tuesday’s runoff elections that will determine control of the Senate.

Trump said in Georgia: “I hope that our great vice president comes through for us. He’s a great guy. Of course, if he doesn’t come through, I won’t like him quite as much.” He added, “No, Mike is a great guy.”

One of the Georgia Republicans in Tuesday’s runoff — Sen. Kelly Loeffler, who faces Democrat Raphael Warnock — told the crowd she will join senators formally objecting to Biden’s win. The other Republican seeking reelection, David Perdue, who is running against Democrat Jon Ossoff, will not be eligible to vote.

The attempt to overturn the presidential election is splitting the Republican Party.

Those leading the congressional effort to keep Trump in office are rushing ahead, despite an outpouring of condemnation from current and former party officials warning the effort is undermining Americans’ faith in democracy.

Sen. Josh Hawley of Missouri and Cruz are helming the challenge, along with rank-and-file House members, some on the party’s fringe.

Under the rules of the joint session, any objection to a state’s electoral tally needs to be raised by at least one member of the House and one from the Senate to be considered.

Rep. Jim Jordan of Ohio, a top Trump ally and the top Republican on the Judiciary Committee, is among those leading that effort.

The day begins with an alphabetical reading of the state results.

Cruz’s objection to Arizona will likely be the first to be heard. And Hawley has said he will object to the election results from Pennsylvania, almost ensuring a debate over that state.

But it’s unclear if any of the other senators will object to any other states.

Cruz’s coalition has said it will vote to reject the Electoral College tallies unless Congress launches a commission to immediately conduct an audit of the election results. Congress is unlikely to agree to that. That remains his focus, one of the Republicans said, not “setting aside” the election results.

Loeffler may join House Republicans in objecting to Georgia, but has not said so publicly.

Senate Majority Leader Mitch McConnell has tried to prevent his party from engaging in this battle, which could help define the GOP in the post-Trump era.

More current and former GOP officials rebuked the effort to upend the election.

A range of Republican officials — including Gov. Larry Hogan of Maryland; Rep. Liz Cheney of Wyoming, the third-ranking House GOP leader; and former House Speaker Paul Ryan — have criticized the GOP efforts to overturn the election.

The U.S. Chamber of Commerce, the giant lobbying organization and virtual embodiment of the business establishment, said the electoral vote challenge “undermines our democracy and the rule of law and will only result in further division across our nation.”

“The 2020 election is over,” said a statement Sunday from a bipartisan group of 10 senators, including Republicans Susan Collins of Maine, Lisa Murkowski of Alaska, Bill Cassidy of Louisiana and Mitt Romney of Utah.

Related Topics:CongressPresident Donald Trump
Up Next