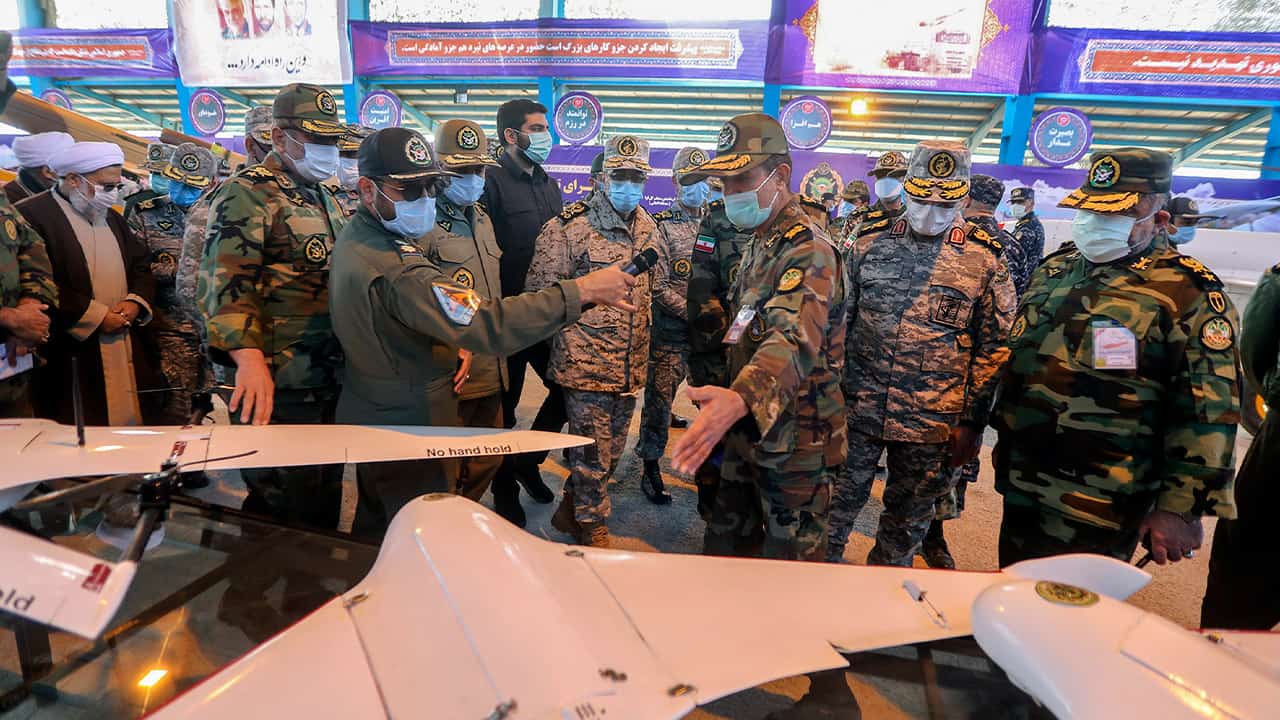 SEOUL — Armed Iranian Revolutionary Guard troops stormed a South Korean tanker and forced the ship to change course and travel to Iran, the vessel’s owner said Tuesday, the latest maritime seizure by Tehran amid heightened tensions with the West over its nuclear program.

The military raid on Monday on the MT Hankuk Chemi was at odds with Iranian explanations that they stopped the vessel for polluting the waters of the Persian Gulf and the Strait of Hormuz. Instead, it appeared the Islamic Republic sought to increase its leverage over Seoul ahead of negotiations over billions of dollars in Iranian assets frozen in South Korean banks amid a U.S. pressure campaign targeting Iran.

An Iranian government spokesman, when asked on Tuesday about the seizure, offered Tehran’s bluntest acknowledgement yet of a link with the frozen assets.

“If anybody is to be called a hostage taker, it is the South Korean government that has taken our more than $7 billion hostage under a futile pretext,” spokesman Ali Rabiei said.

Iran on Monday also began enriching uranium up to 20%, a small technical step away from weapons-grade levels of 90%, at its underground Fordo facility. That move appeared aimed at pressuring the U.S. in the final days of President Donald Trump’s administration, which unilaterally withdrew from Tehran’s nuclear deal with world powers.

An official at DM Shipping Co. Ltd. of Busan, South Korea, who spoke to The Associated Press on condition of anonymity as he wasn’t authorized to talk to journalists, offered details of the Hankuk Chemi’s seizure. The vessel had been traveling from Jubail, Saudi Arabia, to Fujairah in the United Arab Emirates when Iranian forces reached the ship and said they would board it.

After the company lost contact with the captain, the company received an anti-piracy security alert notice, suggesting the captain activated an onboard warning system, the official said. It remains unclear if the ship tried to call for outside assistance.

The U.S. Navy’s Mideast-based 5th Fleet routinely patrols the area along with an American-led coalition monitoring the Strait of Hormuz, the narrow mouth of the Persian Gulf through which 20% of the world’s oil passes. A separate European-led effort also operates there as well.

The official denied the vessel had been polluting the waters.

In past months Iran has sought to escalate pressure on South Korea to unlock some $7 billion in frozen assets from oil sales earned before the Trump administration tightened sanctions on the country’s oil exports.

The head of Iran’s central bank recently announced that the country was seeking to use funds tied up in a South Korean bank to purchase coronavirus vaccines through COVAX, an international program designed to distribute COVID-19 vaccines to participating countries.

South Korea’s Foreign Ministry said Tuesday it plans to dispatch a delegation of officials to Iran for talks on securing the early release of the ship and its crew members. The crew included sailors from Indonesia, Myanmar, South Korea and Vietnam, according to the Iranian Revolutionary Guard. South Korea’s Defense Ministry said it was sending its anti-piracy unit to near the Strait of Hormuz — a 4,400-ton-class destroyer with about 300 troops.

Foreign Ministry’s spokesman Choi Young-sam said Iranian officials have assured South Korea that the ship’s crew were all safe. He said an Iran-based South Korean diplomat has been dispatched to the location of the detained ship.

The U.S. State Department joined South Korea in calling for the tanker’s immediate release, accusing Iran of threatening “navigational rights and freedoms” in the Persian Gulf in order to “extort the international community into relieving the pressure of sanctions.”

Last year, Iran similarly seized a British-flagged oil tanker and held it for months after one of its tankers was held off Gibraltar.

Meanwhile in Tehran, the head of the Atomic Energy Organization of Iran told state television that the Islamic Republic’s current production of 20%-enriched uranium would be around 9 kilograms (20 pounds) a month.

The comments by Ali Akbar Salehi mean that Iran would need over two years at that rate to have the 240 kilograms (530 pounds) experts say is needed to reprocess to weapons-grade levels of 90%. Salehi said Iran also was working to install newer, faster centrifuges at its facilities.

Also Tuesday, the Iranian military began a wide-ranging, two-day aerial drill in the country’s north, state media reported, featuring combat and surveillance unmanned aircraft, as well as naval drones dispatched from vessels in Iran’s southern waters. State TV broadcast footage of scores of drones on a runway in the northern province of Semnan near the vast Kavir Desert.

Iran has previously conducted drills with military drones; it routinely releases footage from surveillance drones of U.S. aircraft carriers passing through the Persian Gulf. This week’s drill also incorporates modern “suicide drones” that hover over a battlefield before diving down to a target, the TV report said.

Related Topics:IranSouth Korea
Up Next