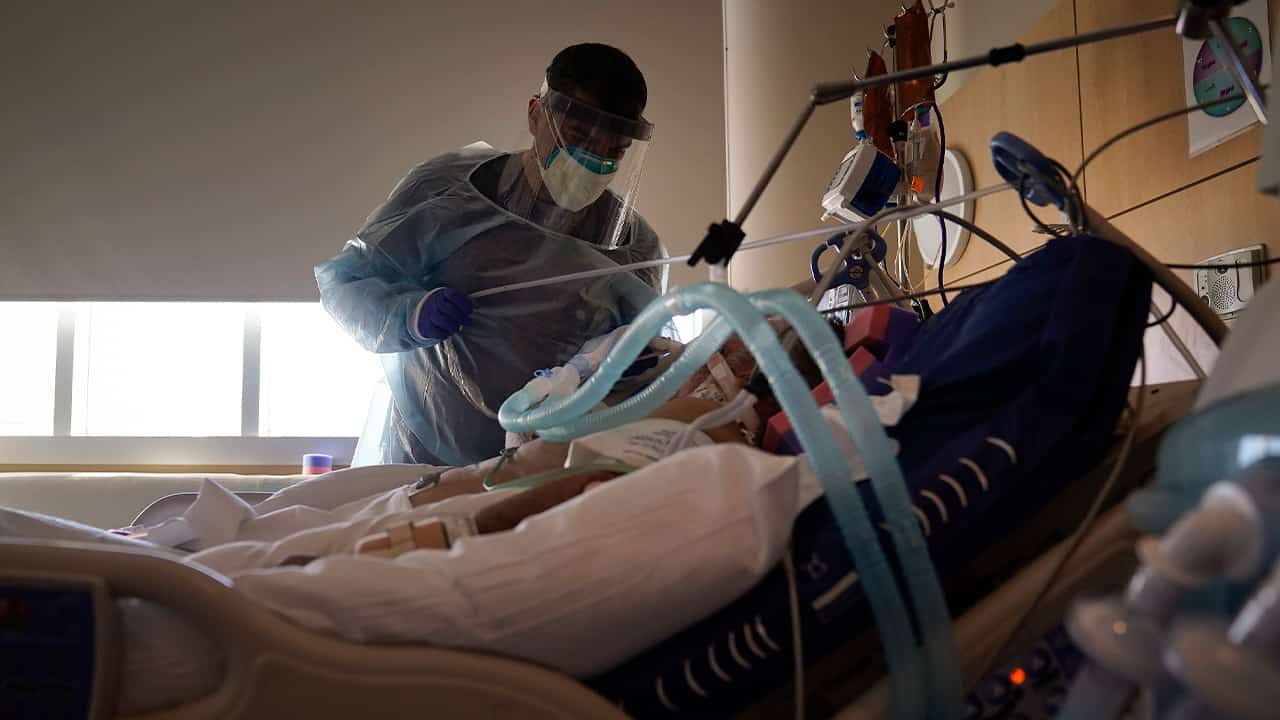 The state is trying to execute the massive immunization campaign “with a sense of urgency that is required of this moment and the urgency that people demand,” but so far only about 1% of California’s 40 million residents have been vaccinated, the Democratic governor said.

The 454,000 doses of vaccine that have been administered in California represent just a third of the more than nearly 1.3 million received in the state so far, according to the California Department of Public Health.

Across the country, the pace of immunizations has gone slower than planned due to logistical hurdles and differing approaches across states and counties. On Monday, the U.S. Centers for Disease Control and Prevention said nearly 4.6 million shots have been dispensed.

Even as he acknowledged the state must do better, Newsom sought to shift some responsibility for the slow rollout, noting “the vaccines don’t arrive magically in some state facility.”

Dr. Mark Ghaly, secretary of the California Health and Human Services Agency, said the state assigns the number of doses that local health jurisdictions will receive after getting an allocation from the federal government. The vaccine is then shipped directly to entities like hospitals or local public health offices. Pfizer distributes its vaccine directly, while Moderna uses the pharmaceutical company McKesson as an intermediary, which initially led to slow communication, Newsom said.

California is working to expand the list of sites where the vaccine can be distributed to include pharmacies, clinics and dental offices. Officials are also completing a survey of health care workers to find out how many of them do not want to take the vaccine, in response to anecdotal evidence that some are refusing it.

While the state wants to make sure no one is jumping ahead in the line, Newsom said he wants to give providers the flexibility to distribute doses to people not on the priority list if doses are at risk of going to waste.

“We are working hard to make sure that 100% of what we get, we get out as quickly as possible,” Ghaly said.

The no-waste scenario played out Monday when a Northern California hospital freezer holding 830 doses of the Moderna COVID-19 vaccine failed, the Los Angeles Times reported. Adventist Health Ukiah Valley Medical Center in Mendocino County sent some to a county jail and about 600 doses were dispensed to the community after the hospital sent out a social media blast to recruit medical personnel to staff clinics and another blast telling employees that anyone who showed up could get a shot.

Meanwhile, most of the state’s population remains under a broad stay-at-home order as ICU capacity dwindles. In hard-hit Los Angeles County, the total COVID-19 death toll has reached 10,850 and confirmed cases topped 818,000. The county reported more than 7,700 people hospitalized, including 21% in ICUs.

County health officials fear the incoming Christmas and New Year’s surge. The additional Thanksgiving cases have swamped hospitals, forcing them to treat patients in hallways, ambulances and the gift shop, and forced an oxygen shortage. The California National Guard is contributing freezer trucks to help store bodies as hospitals run out of space.

Hospitals are so overwhelmed that last week the Los Angeles County Emergency Medical Services Agency issued directives that ambulances should stop transporting patients to hospitals if they have virtually no chance of surviving, including those whose hearts and breathing have stopped and who couldn’t be resuscitated by paramedics.

The agency also issued a directive Monday directing ambulance crews to administer less oxygen. Supplies have been strained because of the pandemic.

Some older hospitals in Southern California have oxygen systems that can’t handle the demand, and the state is contracting with the Army Corps of Engineers to upgrade the systems. Giant oxygen containers may also be placed in hospital parking lots as back ups.

The county is also working to get more vaccines into skilled nursing facilities. County Public Health Director Barbara Ferrer said 206 facilities have received their vaccine doses and will administer the shots themselves and 60 more have asked for help in giving the doses.

There are a handful of others, among the county’s more than 300 such facilities, however, that have not yet picked up their allocations or had their shipments delivered. Ferrer said those facilities need to start the process immediately.

“We do need the vaccinations to get into people’s arms at a much faster clip,” she said. “It’s not been an easy process.”

The hold would last until mid-January, according to a statement by the Screen Actors Guild-American Federation of Television and Radio Artists and the Joint Policy Committee, which represents commercial advertisers and ad agencies. The Producers Guild of America made a similar plea.

Major studios are already on a production hiatus until the middle of this month.