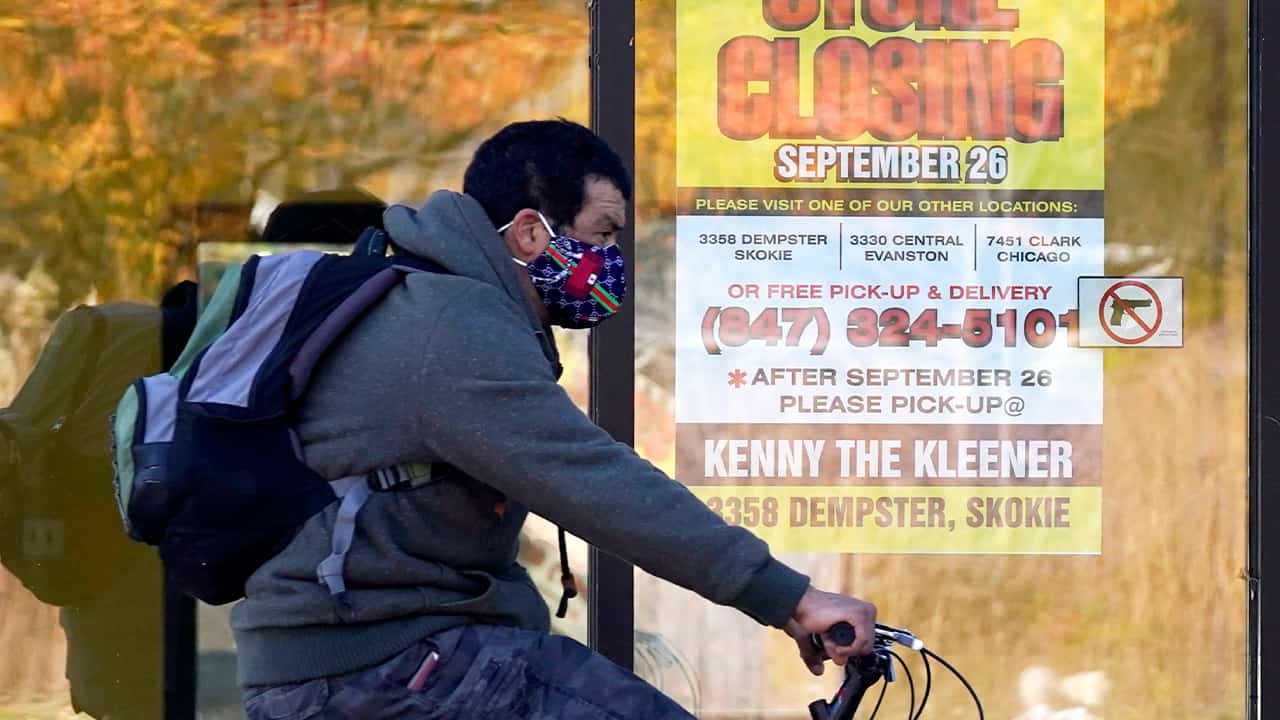 Responses to the coronavirus pandemic and police brutality dominated legislative sessions in 2020, leading to scores of new laws that will take effect in the new year.

Virus-related laws include those offering help to essential workers, boosting unemployment benefits and requiring time off for sick employees. A resolution in Alabama formally encouraged fist-bumping over handshakes.

Legislatures also addressed police use of force against Black people and others of color after the killing of George Floyd in Minneapolis led to widespread protests against police brutality. Among other things, new laws will mandate oversight and reporting, create civilian review panels and require more disclosures about problem officers.

States including California, Delaware, Iowa, New York, Oregon and Utah passed bans on police chokeholds. Floyd, who was Black, died after a white officer pressed a knee into his neck for several minutes while being recorded on video, even as Floyd pleaded for air.

New York state Assemblyman Walter T. Mosley noted the hundreds of Black men and women killed at the hands of police between the cries of “I can’t breathe” by Eric Garner, who died after being put in a chokehold by New York City police in 2014, and those of Floyd in May.

Mosley, a Brooklyn Democrat who is Black, said the Eric Garner Anti-Chokehold Act was “an important step forward, but it will not be the last.”

Despite reforms in some states, the response to Floyd’s death was not uniform. Similar use-of-force or disciplinary proposals in several other states failed, and some even moved in the opposite direction.

Georgia created a new crime beginning Jan. 1 defined as bias-motivated intimidation, which would apply to the death or serious bodily injury of police, firefighters and emergency personnel. It also extends to cases involving more than $500 worth of damage to their property because of “actual or perceived employment as a first responder.” Violations are punishable by one to five years in prison and a fine of as much as $5,000.

Legislatures Tackled Some Elements of the Coronavirus Outbreak This Year

The law was passed by Republicans over the objections of Democrats and civil liberties groups, who said police already have enough protections. Republicans insisted on the law as part of a deal to pass a new hate crimes law in Georgia that drew bipartisan support.

While legislatures tackled some elements of the coronavirus outbreak this year, most sessions had ended before the current wave of cases, deaths and renewed stay-at-home orders. Lawmakers of both major parties have vowed to make the pandemic response a centerpiece of their 2021 sessions, addressing issues ranging from school reopenings to governors’ emergency powers.

The virus also refocused attention on the nation’s uneven and expensive heath care system. Tackling issues of coverage and costs were common themes in 2020.

A Washington measure caps the monthly out-of-pocket cost of insulin at $100 until Jan. 1, 2023, and requires the state Health Care Authority to monitor the price of insulin. A new Connecticut law requires pharmacists to dispense a 30-day emergency supply of diabetes-related drugs and devices, with a price cap, for diabetics who have less than a week’s supply. Both laws take effect Jan. 1.

“It’s unconscionable that anyone should have to limit or go without a common and widely-available life-saving drug on an emergency basis in America in 2021,” Connecticut state Sen. Derek Slap, a West Hartford Democrat, said in a statement.

A much-anticipated Medicaid expansion is coming to Oklahoma in the new year after years of resistance from Republicans in the Legislature and governor’s office. Voters narrowly approved a constitutional amendment expanding the federal-state insurance program to an additional estimated 215,000 low-income residents. It takes effect in July.

Lawmakers must determine how to cover the projected $164 million state share during their 2021 session. The cost could be considerably higher, given the number of Oklahomans who have lost their jobs and work-related health insurance because of the pandemic.

Republican Gov. Kevin Stitt had urged voters to reject the plan. He said the state would have to “either raise taxes or cut services somewhere else like education, first responders, or roads and bridges” to pay for the expansion.

A new law in Georgia aims to limit consumers from getting stuck with surprise medical bills by requiring insurers in many cases to pay for care by a doctor or at a hospital not within their network of providers. The law protects patients from financial responsibility beyond what they would normally have to pay. Instead, insurers and providers can take disputes to the state insurance commissioner. Minnesota also has what’s being called a continuity of care law, going into effect Jan. 1.

Other Notable Laws Taking Effect in the New Year

— Colorado will prohibit landlords from refusing to show, rent or lease housing based on a person’s source of income or involvement in the type of contract required to receive public housing assistance. Landlords can still do credit checks, but the act makes it an unfair housing practice unless they’re conducted checks for every prospective tenant.

— New Hampshire will make multiple changes to state laws regarding sexual assault. Starting Jan. 1, the definition of sexual assault will be expanded to include any sexual contact between school employees and students between the ages of 13 and 18. Previously, such contact could be considered consensual and not a crime if the student was 16 or 17. Other legislation taking effect in mid-January increases protections for sexual assault victims and requires colleges and universities to adopt sexual misconduct policies. The bill requires colleges to provide free access to medical and legal support services, anti-retaliation protections, confidential advising services, data on sexual violence, and prevention and response training.

— Georgia will require an audit starting in 2021 before movies and television productions are awarded the state’s generous tax credit, which has allowed the highest subsidies of any state. The credit, which rebates up to 30% of a production’s value, cost nearly $900 million in foregone tax revenue in 2019 as movie and TV production boomed in Georgia. Examinations were highly critical of the tax credit, finding some companies that received tax credits didn’t earn them.

— California will require companies based there to have at least one board director by the end of 2021 who is a racial or sexual minority, with larger numbers required by 2022. Companies with 100 or more employees also must start sending information on employees’ race, ethnicity and gender to the state.

— Connecticut employers must begin taking deductions from their employees’ paychecks for a new paid family and medical leave program, under a state law passed in 2019. The state’s estimated 100,000 businesses will be responsible for withholding half a percent from worker wages. Qualified employees can begin receiving benefits on Jan. 1, 2022. Massachusetts also begins a new paid family medical leave program in the new year. It offers a 12-week benefit in most cases, extending to 26 weeks for those caring for a military member undergoing treatment.

— Oklahoma will extend a property tax exemption for religious institutions to include property owned by a church if it conducts instruction of children from pre-K through grade 12.

Related Topics:coronavirusPolice Reform
Up Next

Race to Vaccinate Millions in Us off to Slow, Messy Start

After a Year Like This, Expect a Strange New Year’s Eve