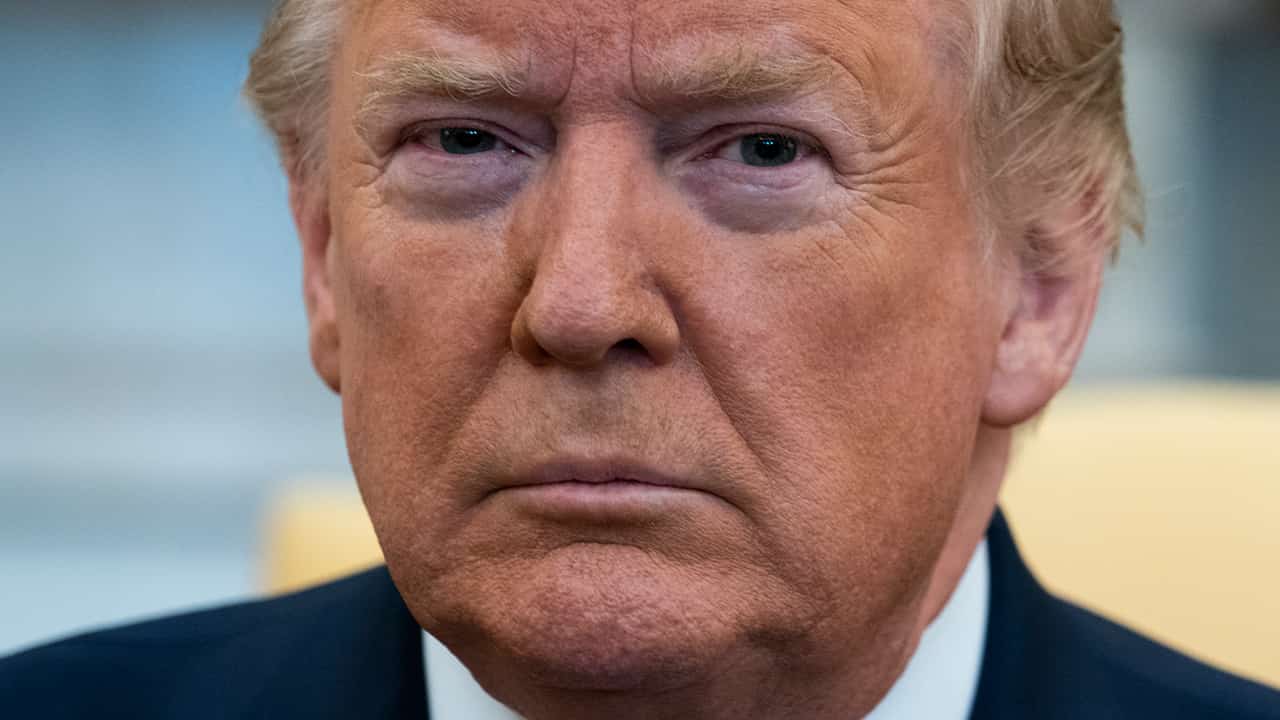 WASHINGTON — House Republicans shot down a Democratic bid on Thursday to pass President Donald Trump’s longshot, end-of-session demand for $2,000 direct payments to most Americans as he ponders whether to sign a long-overdue COVID-19 relief bill.

The made-for-TV clash came as the Democratic-controlled chamber convened for a pro forma session that had been scheduled in anticipation of Trump signing the massive, year-end legislative package, which folds together a $1.4 trillion governmentwide spending with the hard-fought COVID-19 package and dozens of unrelated but bipartisan bills.

Instead, Thursday’s 12-minute House session morphed into unconvincing theater in response to Trump’s veto musings about the package, which was negotiated by Treasury Secretary Steven Mnuchin on Trump’s behalf. House Majority Leader Steny Hoyer, the No. 2 House Democrat, sought the unanimous approval of all House members to pass the bigger checks, but GOP leader Kevin McCarthy, who was not present in the nearly-empty chamber, denied approval.

If Trump were to follow through on his implied veto threat, delivered via video clip on Tuesday, the government would likely experience a brief, partial shutdown of the government starting on Dec. 29. It would also delay delivery of the $600 direct payments that the bill does contain and other help for the unemployed and people facing eviction.

The push for bigger payments has created rare common cause between Trump and some of the most liberal members of Congress. House Speaker Pelosi, D-Calif., said they fought for the higher stipends during protracted negotiations only to settle on the lower number when Republicans refused. Democrats plan to hold a roll call vote on the $2,000 check proposal on Monday when members of the House return to Washington.

The path forward, including efforts to avert a shutdown or perhaps even pass a last-ditch extension of soon-to-expire jobless checks, remained unclear. Any shutdown would probably be brief, but nothing is certain.

The Optics Appear Terrible for Republicans

“We’re not gonna let the government shut down, nor are we going to let the American people down,” Hoyer said. “There are continuing discussions going on between the speaker, and the secretary of the Treasury and the administration.”

The optics appear terrible for Republicans, who had lobbed praise at the hard-fought COVID-19 relief package, which passed on Monday by sweeping votes after the White House assured GOP leaders that Trump supported the bill. It has also created more Trump-related headaches for Georgia GOP Sens. Kelly Loeffler and David Perdue, who are fighting for their political lives — and for continued GOP control of the Senate — in a pair of Jan. 5 Georgia run-off elections.

“The best way out of this is for the president to sign the bill,” Republican Sen. Roy Blunt said Thursday. “And I still hope that’s what he decides.”

But rather than take the victory of the sweeping aid package, among the biggest in history, Trump is lashing out at GOP leaders over the presidential election — for acknowledging Joe Biden as president-elect and rebuffing his campaign to dispute the Electoral College results when they are tallied in Congress on Jan. 6.

“It is Christmas Eve, but it is not a silent night. All is not calm. For too many, nothing is bright. And for too many, they are not sleeping peacefully,” said Rep. Debbie Dingell, D-Mich. “I did a town hall last night that had people crying, people terrified of what is going to happen.”

The president’s push to increase direct payments for most Americans from $600 to $2,000 for individuals and $4,000 for couples splits the party with a politically painful loyalty test.

Republican lawmakers traditionally balk at big spending and many never fully embraced Trump’s populist approach. Their political DNA tells them to oppose a costlier relief package. But now they’re being asked to stand with the president.

On a conference call Wednesday House Republican lawmakers complained that Trump threw them under the bus, according to one Republican on the private call and granted anonymity to discuss it. Most had voted for the package and they urged leaders to hit the cable news shows to explain its benefits, the person said.

The relief bill Trump is criticizing would establish a temporary $300 per week supplemental jobless benefit, along with a new round of subsidies for hard-hit businesses, restaurants and theaters and money for schools, health care providers and renters facing eviction.

Even though Mnuchin represented the White House in negotiations, Trump assailed the bipartisan effort in a video he tweeted out Tuesday night, suggesting he may not sign the legislation.

Railing against a range of provisions in the broader government funding package, including foreign aid mainstays included each year, Trump called the bill a “disgrace.”

Trump did not specifically vow to use his veto power, and there may be enough support in Congress to override him if he does. But the consequences would be severe if Trump upends the legislation. It would mean no federal aid to struggling Americans and small businesses, and no additional resources to help with vaccine distribution. To top it off, because lawmakers linked the pandemic relief bill to an overarching funding measure, the government would shut down on Dec. 29.

The final text of the more than 5,000-page bill was still being prepared by Congress and was not expected to be sent to the White House for Trump’s signature before Thursday or Friday, an aide said.

That complicates the schedule ahead. If Trump vetoes the package, or allows it to expire with a “pocket veto” at the end of the year, Americans will go without massive amounts of COVID aid.

A resolution could be forced Monday. That’s when a stopgap funding bill Congress approved to keep the government funded while the paperwork was being compiled expires, risking a federal shutdown.

The House is already set to return Monday, and the Senate Tuesday, for a vote to override Trump’s veto of the must-pass defense bill. Democrats announced they will force a roll call vote to pass Trump’s proposal for $2,000 checks, as well as a temporary government funding measure to avert a shutdown, Hoyer said Thursday.

The Senate cleared the huge relief package by a 92-6 vote after the House approved it by 359-53. Those votes totals would be enough to override a veto should Trump decide to take that step.

Related Topics:President Donald TrumpRepublicans
Up Next