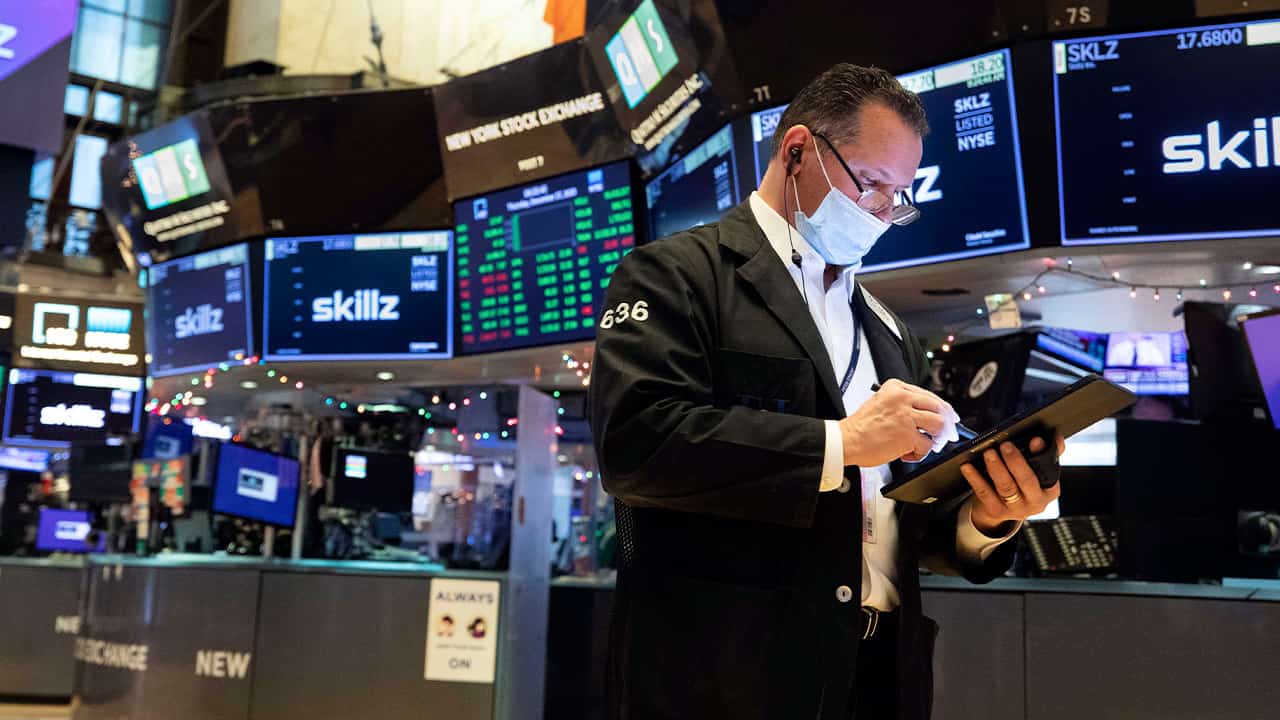 Stocks rose on Wall Street, reaching more record highs, as investors remain optimistic that Washington will deliver another round of financial support for the economy and as vaccines continue to roll out to the public. The S&P 500 rose 0.6% Thursday. Wall Street has been hopeful that Congress will strike a deal on more relief just as the economy shows more signs of stalling. The Labor Department reported that the number of Americans seeking unemployment benefits rose to 885,000 last week, the most since September. Unemployment has been edging higher and retail sales have been hurt as tighter restrictions squeeze people and businesses.

Stocks were steadily higher in afternoon trading Friday as investors remain optimistic that Washington will deliver another round of financial support for the economy as vaccines begin slowly rolling out to the public.

Wall Street has been more hopeful that Congress is getting closer to striking a deal that will give a financial lifeline to people and businesses. Democrats and Republicans have been locked in a partisan fight over the size and scope of any additional package, just as the economic recovery shows signs of stalling amid a surge in virus cases.

Stimulus cannot come soon enough for investors, and more importantly, for businesses like restaurants and theaters as well as the workers in those industries. The Labor Department, in another worrisome sign, reported that the number of Americans seeking unemployment benefits rose to 885,000 last week, the most since September. Unemployment has been edging higher and retail sales have been hurt as tighter restrictions squeeze people and businesses.

Investors received more encouragement from the Federal Reserve, which helped shore up the markets early in the pandemic. The central bank has again pledged to keep buying bonds until the economy makes substantial progress. Still, the Fed has said it can only do so much to tide over the economy and that more financial support from Washington is critical for a continued recovery.

Homebuilders also rose following news from the Commerce Department that showed building permits and housing construction starts rose in November, despite the winter weather and pandemic. Lennar Corp. was up 7.2% for one of the biggest gains in the S&P 500. The Miami-based builder reported quarterly results on Wednesday that topped Wall Street’s forecasts. PulteGroup was up 5.5% and D.R. Horton was up 3.6%.

The gains on Thursday were broad and came from nearly every sector in the S&P 500, with the exception of the energy and telecommunications services. More conservative investments like consumer staples and utilities were the biggest gainers in the market.

Traders continued to bid up shares in smaller companies. That pushed the Russell 2000 small-caps index 1% higher. The index is on track for a gain of more than 8% this month, while the S&P 500 is up around 2%.

Treasury yields rose broadly, a sign of investors’ confidence in the economy. The yield on the 10-year Treasury rose to 0.93% from 0.90% late Wednesday.

Related Topics:EconomyWall Street
Up Next