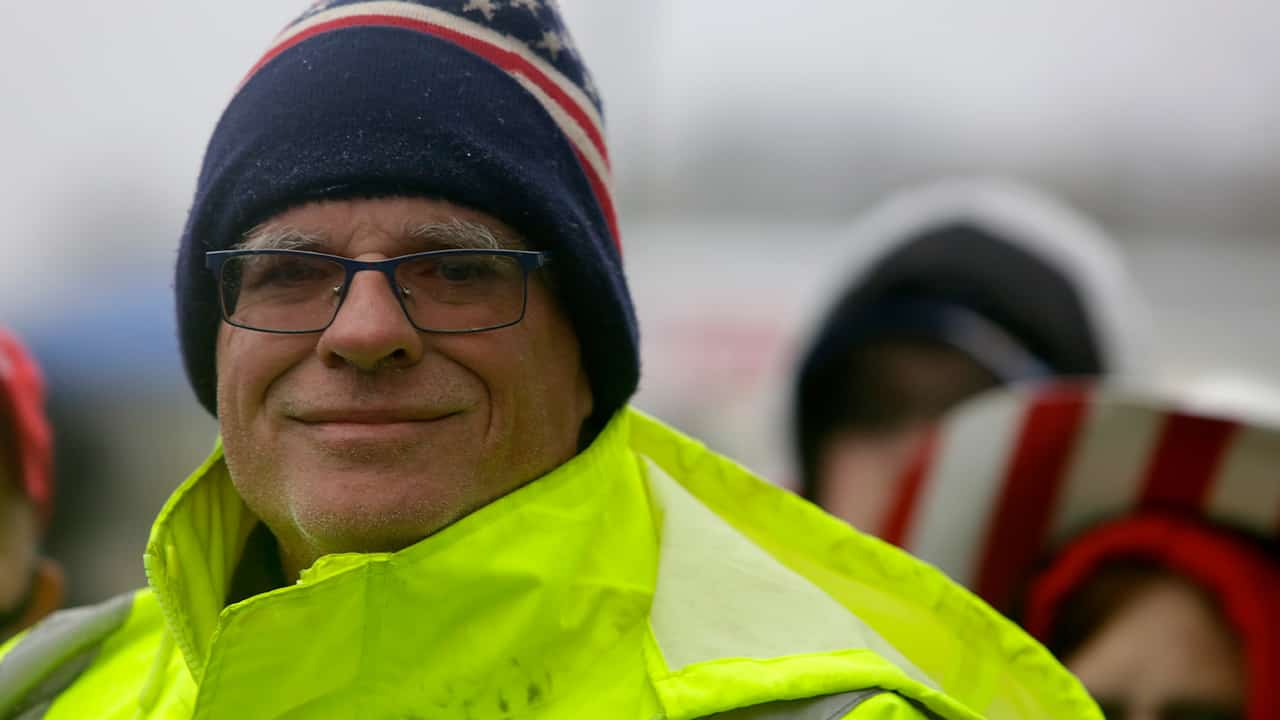 WASHINGTON — Robert Reed says he will always believe the 2020 election was stolen from President Donald Trump. The retired police officer-turned-construction worker believes fraud marred the vote, no matter how many courts rejected that claim. Still, a day after the Electoral College made Joe Biden’s win official, the ardent Trump supporter from the suburbs of Lancaster, Pennsylvania, was ready to move on.

“I think it’s pretty much over,” Reed said of Trump’s ongoing quest to overturn the results of the election. ”I trust the Electoral College.”

For weeks, Trump has been on a mission to convince his loyal base that his victory was stolen and the contest was rigged. With help from conservative media, polls show he’s had considerable success. But now that the Electoral College has formalized Biden’s win and Republican officials, including Senate Leader Mitch McConnell, are finally acknowledging Biden as president-elect, many Trump voters across the country seem to be doing the same.

Interviews with voters, along with fresh surveys of Republicans, suggest their unfounded doubts about the integrity of the vote remain. But there is far less consensus on what should be done about it and whether to carry that resentment forward.

For some, like Reed, the Electoral College vote was the clear end of a process. Others have vowed to continue to protest with demonstrations like the one that turned violent in Washington, D.C., over the weekend. And some said they hoped GOP leaders would press for more investigations to put the doubts Trump sowed to rest.

They are people like Scott Adams, a retiree and Trump voter living in Rehoboth Beach, Delaware, who said he accepts Biden’s victory — but “with reservations.”

Adams said he’s heard too much discussion about irregularities in the vote count on Fox News Channel and conservative talk radio to trust the election’s outcome and doesn’t feel he’ll ever know the true margin of victory. (Biden won the Electoral College by a vote of 306 to 232.)

But Adams doesn’t think the election was rigged enough to change the outcome, even if he believes it was “rigged enough that it should be questioned more.” He’d like to see more investigations.

Republicans across the country — from local officials to governors to Attorney General William Barr — have said repeatedly there is no evidence mass voter fraud affected the outcome. Trump and his allies brought a flurry of lawsuits, but nearly all have been dismissed by judges. The Supreme Court, which includes three Trump-nominated justices, denied requests to hear a pair of cases aimed at invalidating the outcome of the election in key battleground states.

Still, coming to terms with this pile of evidence has been difficult for many Trump voters. They expressed disbelief that Trump could have lost, given the huge crowds he drew to his rallies. Some said their suspicions were heightened by the mainstream media’s reluctance to air Trump’s baseless claims. And they repeatedly pointed to the slower-than-usual vote count as evidence something had gone awry.

The explanation is well known — in many states, an influx of mail-in ballots, overwhelmingly cast by Democrats, were tallied later than ballots cast in person. Still, Reed said he thought the courts should have spent more time investigating.

“I’ll always believe that it was stolen from him. I’ll really never be able to have peace of mind that it wasn’t,” he said.

Others were less willing to go along.

Negrete is among those who holds out hope that Trump can win if the Supreme Court intervenes (there is no indication that will happen) or Congress chooses to accept an “alternative slate” of Trump electors from several states. Election experts have said that scheme has no legal pathway and Republican Senate leaders have discouraged it.

Still, Negrete said, “hopefully Congress will do the right thing” and she expressed frustration with dwindling options.

Biden Has Vowed to Bring Americans Together

“I don’t know what we can do about that. If we don’t have the courts that stand up for us,” she said. “If we don’t have an attorney general that will stand up and say, ‘This was wrong and we need to investigate it.’ What are we supposed to do? Do we need to fight brother against brother? It’s crazy.”

Biden has vowed to bring Americans together and work across the aisle. His success on both fronts may depend on how many Republicans hold on to their election grievances. A Quinnipiac University poll from earlier this month found that 38% of registered voters, including 77% of Republicans, said they believe there was widespread fraud in the presidential election.

And a recent Fox News poll found 36% of voters, including 77% of Trump voters, believe the election was stolen from Trump. However, the same poll also found that about 8 in 10 voters overall, and about half of Trump voters, said they will at least give Biden a chance as president.

Matt Vereline, 52, a member of the pro-Trump group “Long Island Loud Majority” is not in the mood for reconciliation.

Vereline, who lives in Bohemia, New York, is convinced “there was a lot more voter fraud than we know about,” though he’s not sure whether it changed the outcome. But that won’t keep him from rallying around what he thinks was an injustice. After all, that’s what Democrats did to Trump, he says.

“Did they not cry for four years about Russian collusion, which wasn’t proven? So now I’m going to to cry about voter fraud for four years,” he said. “They didn’t accept it. Why should I accept Biden? I know I can’t do nothing about it. I know a rally is not going to change the course of who gets elected president. It’s whatever will be will be. But if my friends want to get together and complain about it in a peaceful way and voice our opinions, I’m going.”

Others believe Biden won fair and square. Steve Volkman, a Republican who works in construction in Mesa, Arizona, said he made peace with Trump’s loss weeks ago.

Both Parties Have Been Focused on Georgia

“I voted for Trump, but people gotta get over it,” Volkman said, while leaning against his pickup truck. “For sure, he (Biden) won the majority vote — landslide. To me, it’s already over.”

Catherine Templeton, a South Carolina Republican who served in former Gov. Nikki Haley’s administration, said that, despite the level of support for Trump in red states like her own, she felt sure voters would be willing to accept Biden as president.

“Obviously, South Carolina supports President Trump, but I think you’ll see when Republicans don’t get their way, they move on,” said Templeton, who lives in Charleston. “It’s time to move on.”

It remains to be seen, for now, how lingering concerns over the integrity of the vote will affect turnout in future elections. Both parties have been focused on Georgia, where a pair of runoff elections will determine which party controls the U.S. Senate.

Denise Adams, 50, said she has her doubts about “questionable activity” in the general election. But she turned out to vote early on Monday in Kennesaw, a suburb northwest of Atlanta.

“I don’t want to lose our freedoms,” she said, repeating misleading GOP claims that the Democrats would usher in “socialism.” “We’re losing our rights and freedoms in our country.”

“I’ve never had a problem before now trusting it, but now I feel like there may be something going on that I don’t trust,” echoed Melissa McJunkin, 40, who remains concerned about the integrity of her vote after hearing stories of voter fraud in the general election, but turned out anyway.

“I think it’s important for what’s going to happen next,” she said.