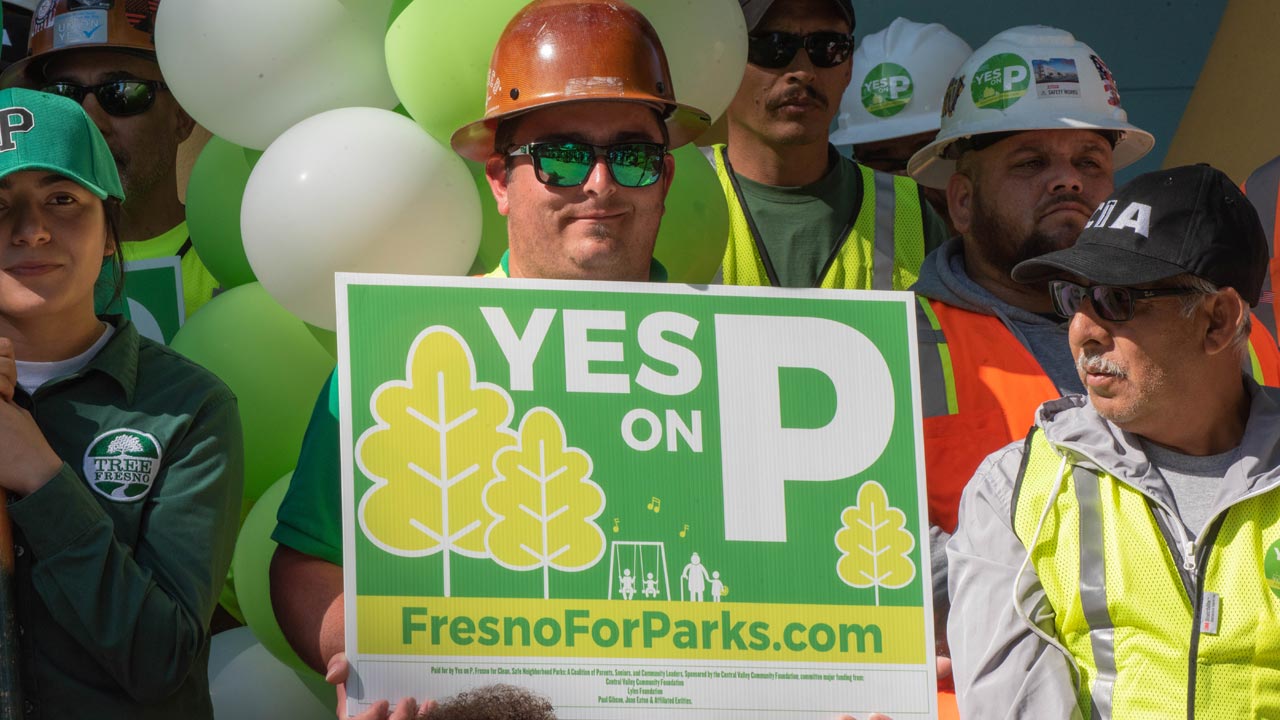 An appellate court panel appeared skeptical Tuesday about whether restrictions on government bodies passing taxes also applies to voters themselves.

If the court rules they don’t, it could mean that the 2018 parks tax initiative that Fresno voters seemingly rejected, could pass after all.

A three-judge panel of the Fresno-based California 5th District Court of Appeal heard one hour of oral arguments Tuesday through video teleconference.

At issue was Measure P, which divided the community and appeared to fail because it did not muster two-thirds of the popular vote. But the court is considering whether Measure P only needed a simple majority to pass.

The judges have not yet made a ruling and did not offer a timetable when their decision could be released.

An attorney involved in the case expects it to wind up in the state’s highest court.

“In any event, if the Court rules against us as I expect it will, then we will petition the Supreme Court for review,” Howard Jarvis Taxpayers Association attorney Tim Bittle said.

The main question argued — what is the proper voting standard for a specific tax when placed on the ballot by initiative?

Proposition 13 of 1978 and Proposition 218 of 1996 set standards for governments that place tax measures in front of the voters, including a requirement for a two-thirds majority to approve a levy that goes to a specific purpose.

“Did the voters intend to include themselves in that term ‘local government’ in cities and counties? The answer is no,” attorney Tom Willis argued on behalf of plaintiff Fresno Building Health Communities.

Even if a petition qualifies for the ballot, it still goes through a governmental body, Bittle said. The petition can either be adopted and enacted by the government or sent to the voters to decide.

“All special taxes, regardless of who proposes them, goes through that funnel and lands on the city council dais,” Bittle said.

Franson asked Willis whether the motivations of Proposition 13 was to limit the power of government. Willis agreed.

“They weren’t scared of themselves, I guess, is one way of looking at it,” Willis answered.

Snauffer was skeptical of Bittle’s argument.

“If it’s proposed by an initiative of the people in a given jurisdiction, I don’t see how that two-thirds vote applies,” he said.

Franson questioned whether a governmental body’s votes to place a petition-based initiative on the ballot is anything more than just an administrative decision. He did not indicate his view on whether that process has an affect on how many votes would be required for the initiative to pass.

Bittle insisted that the two-thirds standard applies in the case of Measure P. He said if only a simple majority vote is needed, governmental bodies would just rely on petitions to pass special taxes.

“Creating a loophole would thwart that intent (of requiring the higher voter threshold),” Bittle told the judges.

Bittle said other similar cases are ongoing, all in the state’s appeals court based in San Francisco.

“Your court is our last hope for protecting the right to an election that the voters gave themselves,” Bittle said. “We already know how the First District Court of Appeal views this.”

2017 Supreme Court Ruling Leads to a New Look on Taxes

The state Supreme Court ruled in 2017 in the California Cannabis Coalition v. City of Upland case that certain aspects of the law did not apply to petition-based initiatives as opposed to those placed on the ballot by a vote of a governmental body.

The Upland ruling dealt specifically about the timing of placing an initiative on a ballot and did not address the vote threshold question.

The First District Court interpreted the Upland case as having included the vote threshold when it considered a similar 2018 tax measure in the same city.

Willis argued that appeal court got it right, that propositions 13 and 218 restrictions do not apply to petition-based initiative.

Measure P Received Majority, But Did it Pass?

Fresno voters rejected Measure P when it only received 52.17% — less than a two-thirds majority as the law seemingly required — or at least how it was interpreted at the time by City Attorney Doug Sloan and accepted by the City Council. The measure aimed to raise the city’s sales tax by three-eighths of a percent.

A coalition led by former mayor Ashley Swearengin and parks advocates, including Fresno BHC, pushed for the tax, which was estimated to raise $38 million for parks and other programs annually during its 30 year life span.

Opposing the tax were Mayor Lee Brand, Jerry Dyer — then police chief and now mayor-elect — and other public safety advocates.

After its apparent defeat, Fresno BHC sued, saying the city’s interpretations of propositions 13 and 218 were wrong and only a simple majority is needed when a question is placed on the ballot through a petition process.

A Fresno County Superior Court judge ruled in favor of the city in 2019 — with the case argued by an intervening party, the Howard Jarvis Taxpayers Association. Fresno Building Healthy Communities appealed, resulting in the case being heard Tuesday.