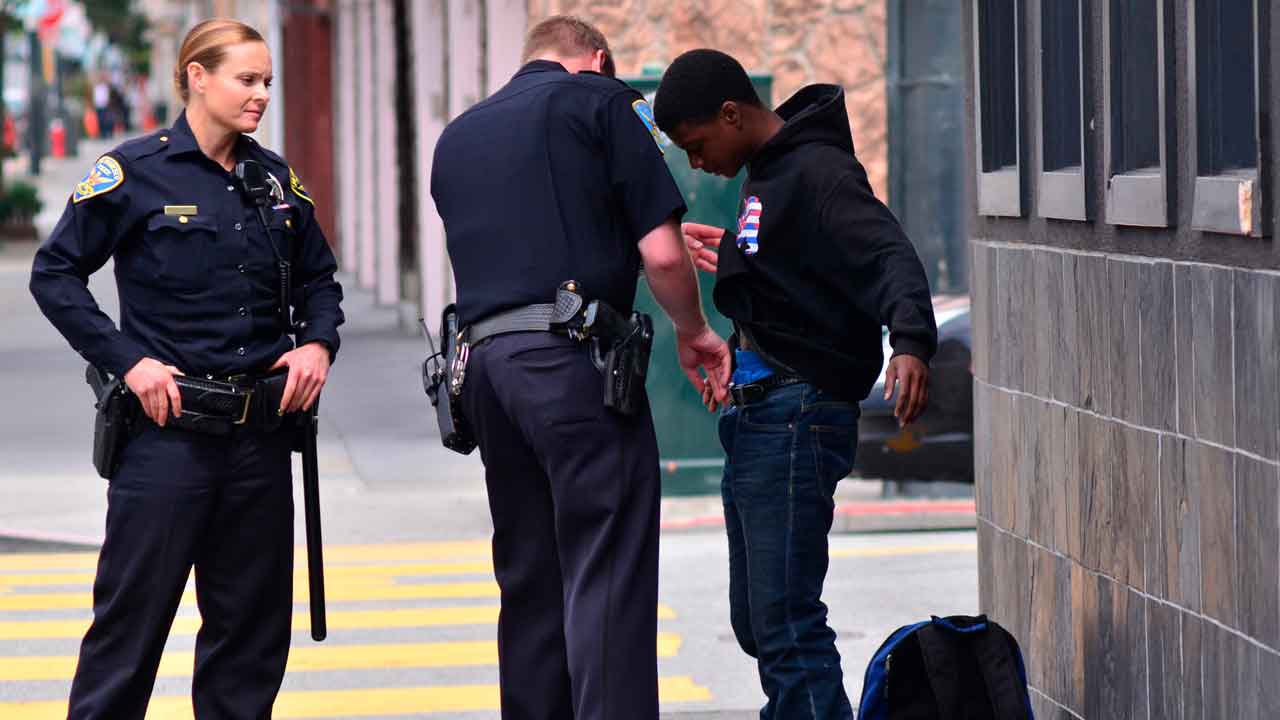 Reedley Police Chief Joe Garza was a little skeptical about the police training session in Madera that he’d signed up for, “Why’d You Stop Me?” After 32 years in law enforcement, Garza has had his share of training opportunities and wasn’t sure what he’d get out of this one.

But the eight hours he spent with the trainers and other officers sparked a realization of how he could be doing his job differently to better serve his community, Garza says.

He was so inspired that he posted on Facebook what the training, which he wants to bring to the Reedley Police Department, meant to him.

“This course caused an epiphany in how I think and how I need to interact with my community,” Garza wrote in his post.

If police do a better job of explaining what they are doing, and why they are doing it, it can create better understanding and strong relationships with the public, he told GV Wire℠.

He only had to think back to a recent incident in Reedley, when a wanted suspect had barricaded himself inside a home. Garza had stopped by the incident on his way home to see how the officers were doing and whether he could give any assistance. “This course caused an epiphany in how I think and how I need to interact with my community.” – Reedley Police Chief Joe Garza

He was approached by a person who asked what was going on. Garza kicks himself now for that missed opportunity to communicate what police were doing and why.

“But there was an opportunity where I could have just sat or talked to the person just for a few extra seconds and said, ‘Hey, this is what we got going on, nothing of concern here. The guy doesn’t appear to be armed or anything like that, but he’s just refusing to come out. As soon as we can coax him to come on out, then everything will be good. But for the meantime, just please stay indoors for your safety and the safety of your family — period. And I’m sure that that person probably would have walked away thinking, ‘Oh, OK, that’s happening in my neighborhood, good to know.’ ”

That kind of openness can help ease tensions with community members who may think negatively about all police because of their own prior experience or the experiences of family members or friends, Garza said.

Police officers also need to adjust their own attitudes about community members who they might automatically think negatively toward because they are a gang member or someone they had arrested previously, said Jason Lehman, the Long Beach police sergeant who founded the “Why’d You Stop Me?” program about a decade ago.

The program provides training to police officers as well as community members, with a goal of reducing acts of violence between them, Lehman said.

“Why’d You Stop Me?” goes a step beyond community policing, where officers are working on relationships with people who are already disposed to like them or at least not actively dislike them, Lehman said.

“We want to impact stakeholders that people see as hopeless, because we teach to see hope in the hopeless. Our stakeholders are people experiencing homelessness, career criminals, gang members,” he said. “We want our community training to be taken to the groups of people that are sometimes indoctrinated to believe that police officers are unjust in the way they do things. And I’ve got to be honest with you, sometimes those are real ideas, there is unjust policing. So we want to teach them not only how to cooperate, but also how to report police misconduct.” “We want our community training to be taken to the groups of people that are sometimes indoctrinated to believe that police officers are unjust in the way they do things. And I’ve got to be honest with you, sometimes those are real ideas, there is unjust policing.” — Why’d You Stop Me? founder Jason Lehman

The organization got its start the day in December 2011 that Lehman, hearing that plans were brewing in the community to kill him and other squad members, came to a high school to talk to a group of students about police procedures.

One of the students stood up at the end of Lehman’s talk and said Lehman had arrested him two years earlier for having a gun in his waistband. The student said he was deeply humiliated by the experience — he was 15 at the time, it happened in front of his girlfriend, Lehman ordered him at gunpoint to drop his girlfriend’s hand and crawl on the ground in the rain toward him, and then put his knee on the teen’s back and cuffed him.

The young man said his embarrassment, and the lack of transparency about his arrest — his mother watched him crawl in the rain and be held down by Lehman, but didn’t see the gun in his waistband — made him enraged toward all police officers.

“When I walked out of that classroom, it’s the one thing he said at the end,” Lehman recalled. “He said, ‘Don’t ever stop doing this, but don’t forget about what we go through. Don’t always worry about yourself. Start thinking more for us.’ And this kid ultimately built up this idea in my head.”

“It is extremely hard to train people that have been raised to be the strongest people in the community, that have been bred to hide emotions, that have built an ecosystem where they think they know what they need to know to get through a contact.” — Why’d You Stop ME? founder Jason Lehman

“I said, ‘Look, these kids always want to know why they got stopped, call it, Why’d You Stop Me?’ ” Lehman said.

He took his community training program to different towns in Southern California over the next several years. In 2016 Lehman got a call from the Salinas Police Department, which had been deemed one of California’s 10 most dangerous cities to live in and was under a Department of Justice mandate to make changes.

The scope of the assignment — 70 community trainings for 13,000 community members, about a tenth of the entire Salinas community, over a two-year period — was massive, but doable, Lehman said. But he said no, at least initially, when Salinas officials said he would also need to train law enforcement officers.

“It is extremely hard to train people that have been raised to be the strongest people in the community, that have been bred to hide emotions, that have built an ecosystem where they think they know what they need to know to get through a contact,” he said. “How am I going to make this training happen?”

Violence Down Since Training

But Salinas had $750,000 in funding available, which Lehman knew would be a big boost for the organization. Training was developed for police, and every Salinas police officer and Monterey County sheriff’s deputy underwent training as did the Salinas community members, he said.

The upshot: A study by the Monterey Institute showed that from 2016 through now there has been a 40% drop in the police use of force, “and we believe that that is because of our training,” he said.

In addition to the Madera County training, Lehman was in the Valley this week to train Fresno police and other officers. The training is free to every law enforcement officer in California, he said.

Fresno police spokesman Jeff La Blue said that COVID-19 has limited the number of officers who can undergo the training. So far, 19 Fresno officers have participated, primarily supervisors, he said.

“We are proponents of the class and of the public going through it (the training),” La Blue said. “They all need to understand both sides.”