These Clovis Restaurants Are Continuing In-Person Dining Despite Lockdown 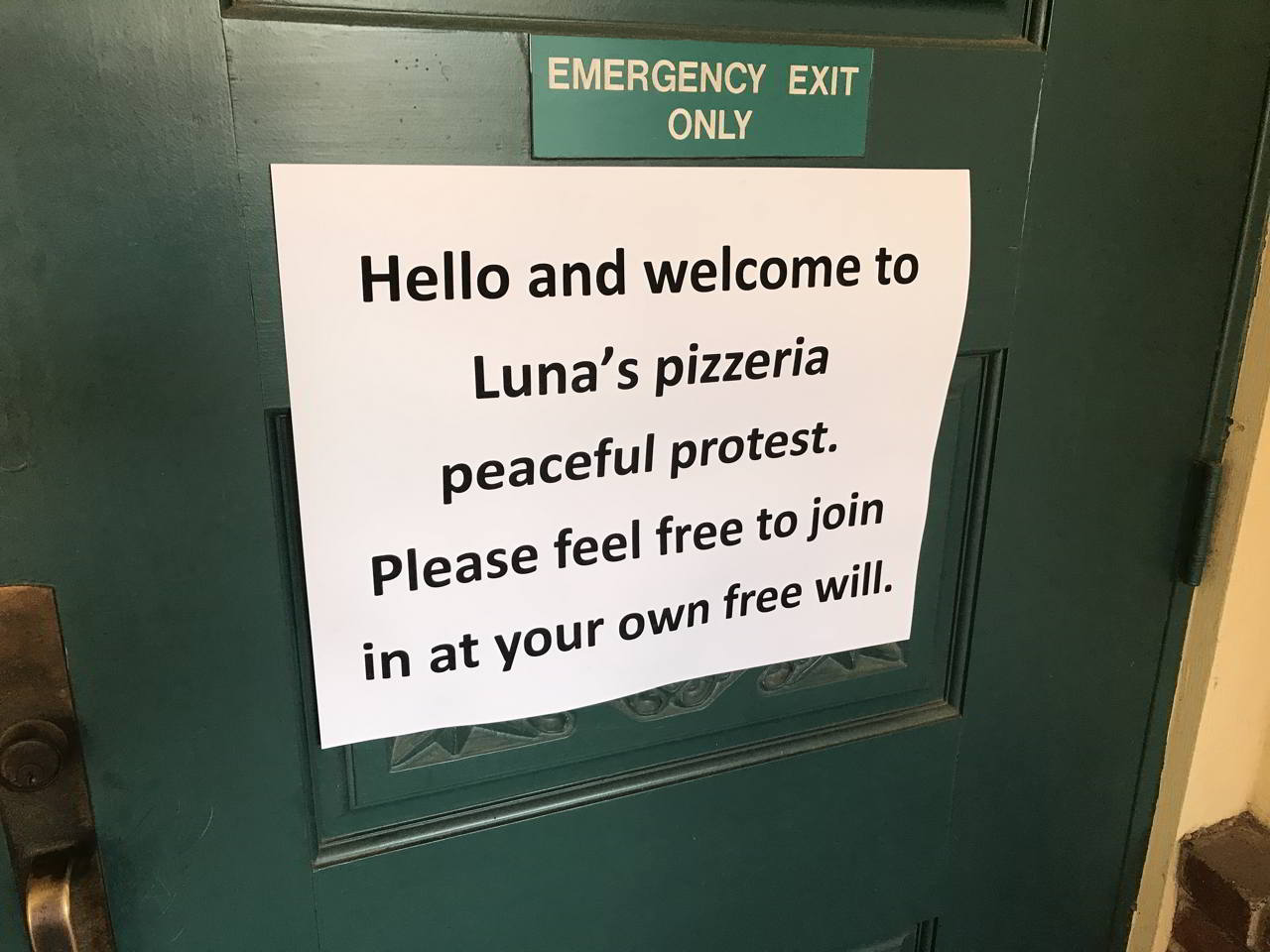 At least four restaurants in Old Town Clovis are continuing to offer either outdoor and/or indoor dining to their patrons in defiance of California’s regional stay at home order.

GV Wire℠ was in Old Town Thursday afternoon and saw a tent set up outside of ‘Blast and Brew‘, people eating inside and outside of House of JuJu, diners entering and exiting from the ‘Old Town Cafe‘, and right next door – Luna’s Pizzeria had shades in their window and signs explaining their ‘peaceful protest.’

Clovis officials says they’ve “provided the requirements of the regional stay at home order to businesses, along with any resources to assist them during this time.”

Andy Haussler, the city’s community and economic development director also said, “The city has not issued fines to businesses owners.”

Instead, Clovis is deferring to other entities on enforcement, he said.

The Streets of Old Town Clovis

GV Wire℠ noticed most people were wearing masks while strolling through the various shops, restaurants, and sidewalks throughout Old Town Clovis.

While walking south on Pollasky Ave. the first restaurant we noticed was Luna’s Pizzeria. The shades were all drawn, door closed, and a menu out front indicated that diners must walk inside to be seated.

A sign on the door of Luna’s read, “Hello and Welcome to Luna’s Pizzeria’s peaceful protest. Please feel free to join in at your own free will.” 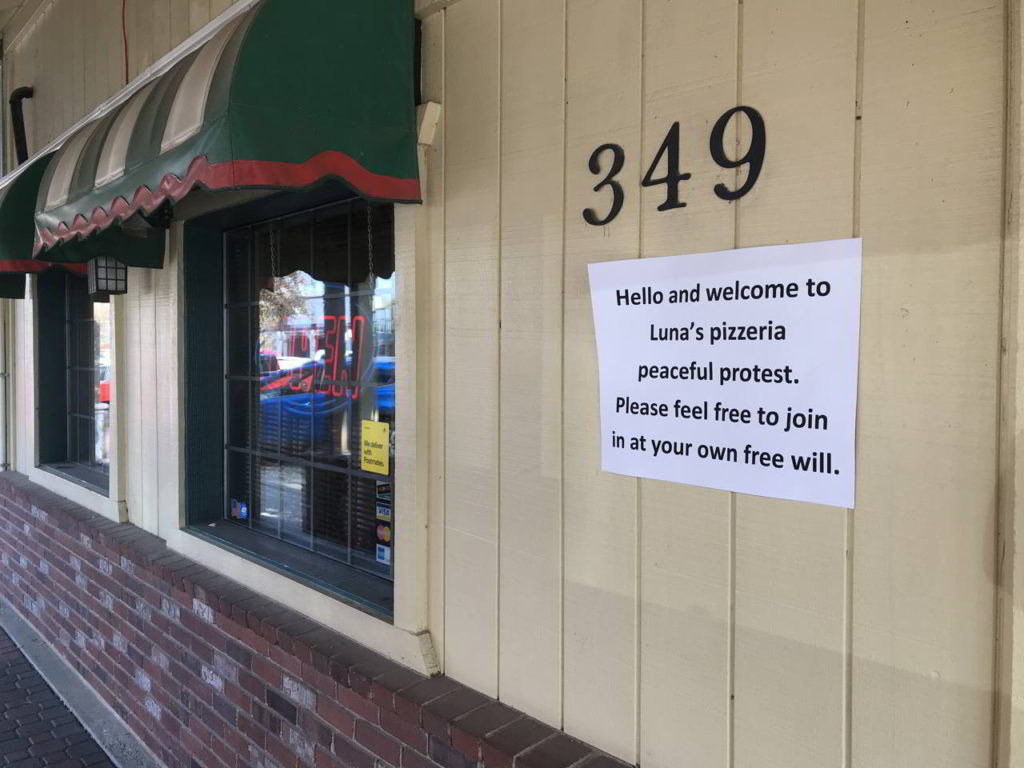 Another sign on the front wall of the business next to the shaded window. (GV Wire/Jim Jakobs)

Next Door to Luna’s Pizzeria

Right next door to Luna’s Pizzeria is the ‘Old Town Cafe’. A peek inside revealed people sitting at what appeared to be socially distanced tables. Folks were coming and going through the front door, some did not have masks on, but the majority did. 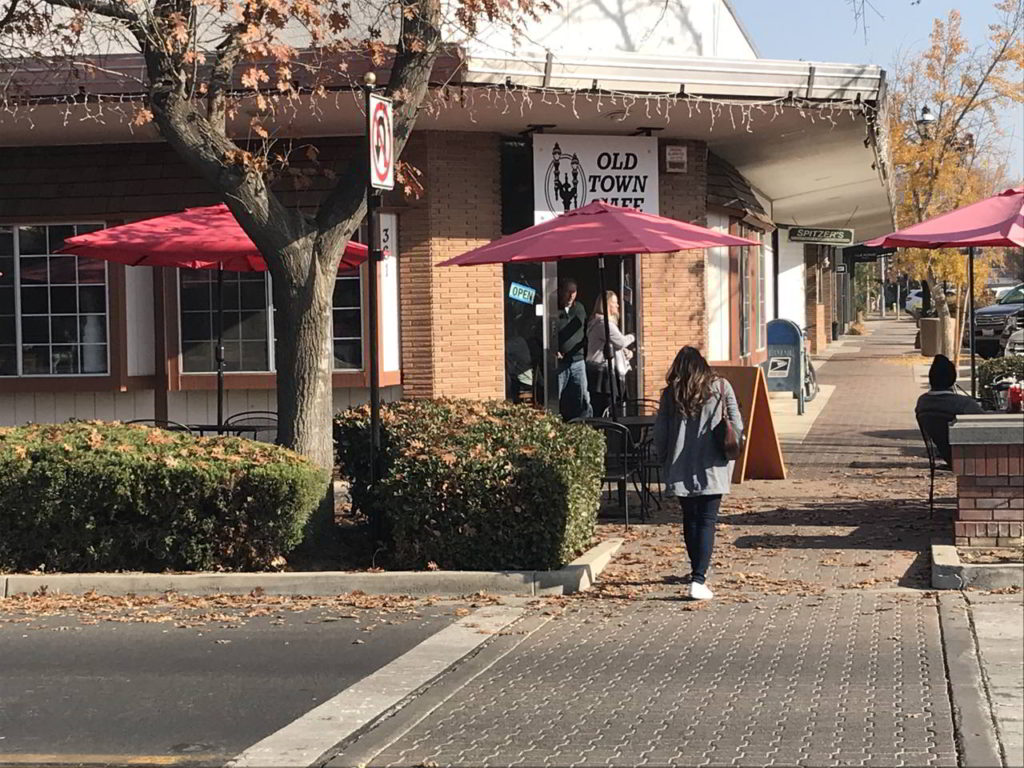 Patrons walking in and out of Old Town Cafe in downtown Clovis. (GV Wire/Jim Jakobs)

House of JuJu & Blast and Brew

A little further down Pollasky we came to the patio area in between the House of JuJu and Blast and Brew.

As expected, there were many people dining inside the House of JuJu. Co-owner Julie Glenn has been outspoken throughout the pandemic that she believes people should have a choice of whether to dine-in or not. Some outside seating was also being utilized by customers. In August, Glenn told GV Wire℠ “This isn’t about the money any longer. It’s about taking a stand for our freedom.”

About a dozen or so people were sitting in the middle patio area having conversations.

Next door, Blast and Brew had an outdoor tent set up that was being used by a few people. It appeared those in the tent were spread out and social distanced.

Blast and Brew says they are only utilizing the patio area for customers waiting on ‘to go’ orders and not serving any customers seated there. The restaurant says customers get their food and can then choose to eat under the tents, or in Centennial Plaza or wherever they choose to do so. 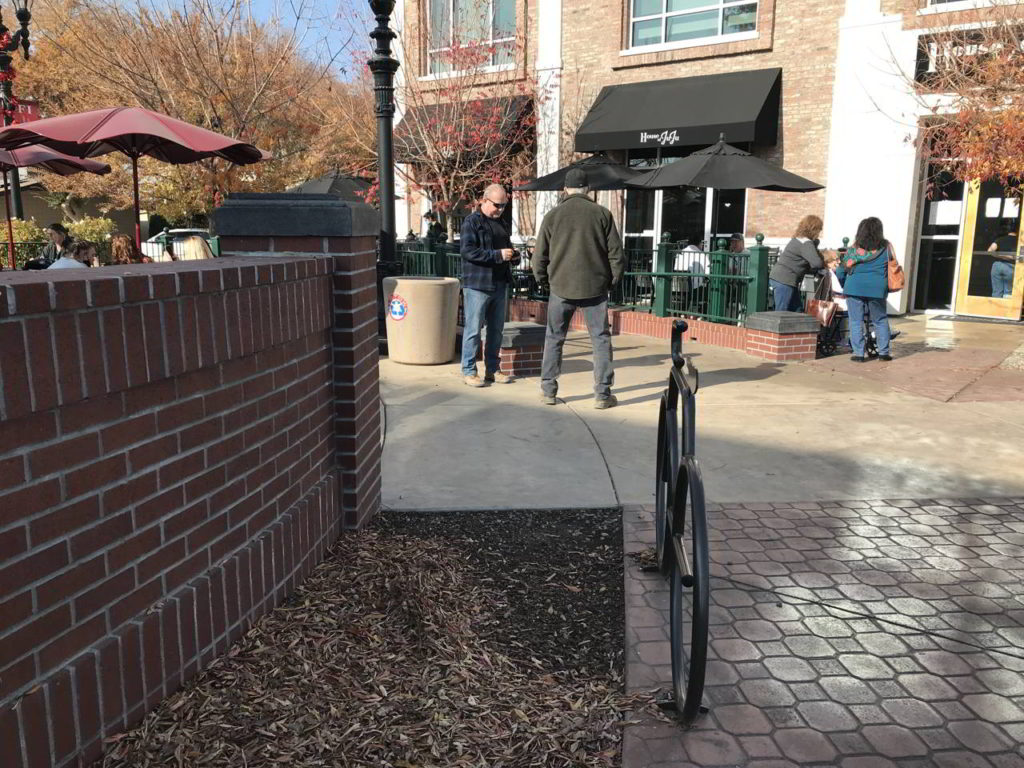 Outside diners and people standing in the patio area near House of JuJu in Old Town Clovis. (GV Wire/Jim Jakobs) 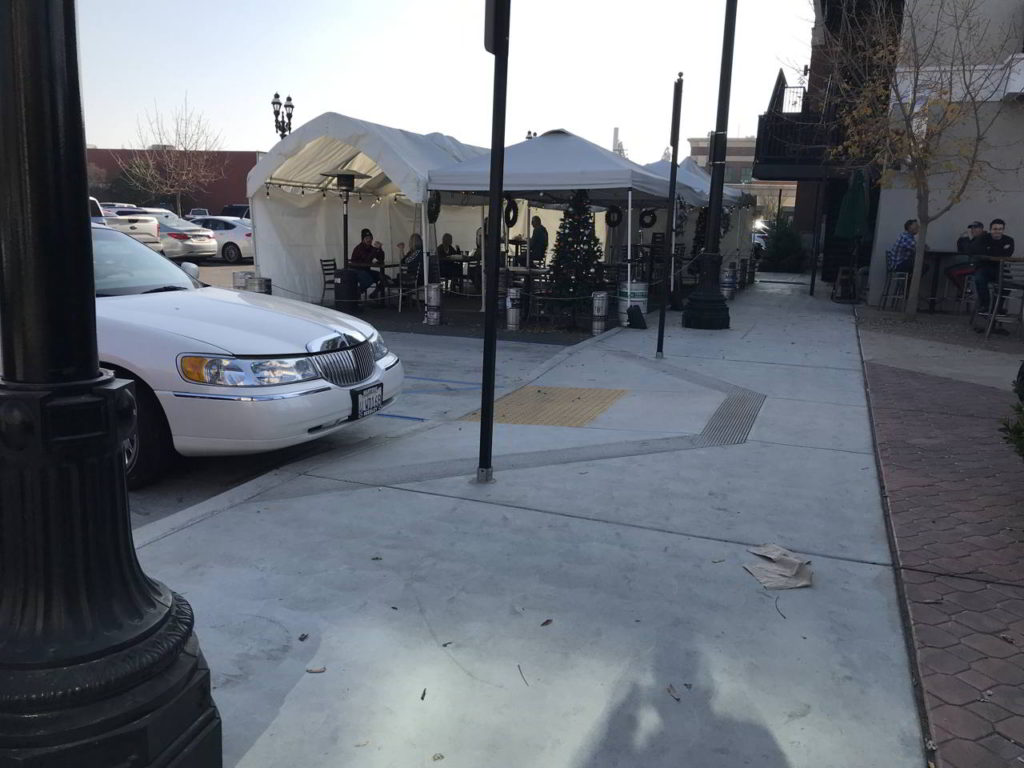 Diners eating in an outside tent next to Blast and Brews in Old Town Clovis. (GV Wire/Jim Jakobs)

“Our local businesses, which have been struggling with the uncertainty of being able to operate, have been impacted heavily during the most recent regional stay at home order issued by the state,” said Haussler. “Unfortunately, this came at the critical holiday season that many businesses depend on for financial viability.”

Haussler says the city will continue to assist small businesses as they work to navigate through, “the maze of restrictions.” The city wants to make every attempt to keep the businesses financially viable while at the same time protecting the health of the community,” he said.

(Story updated with information provided by ‘Blast and Brew’)