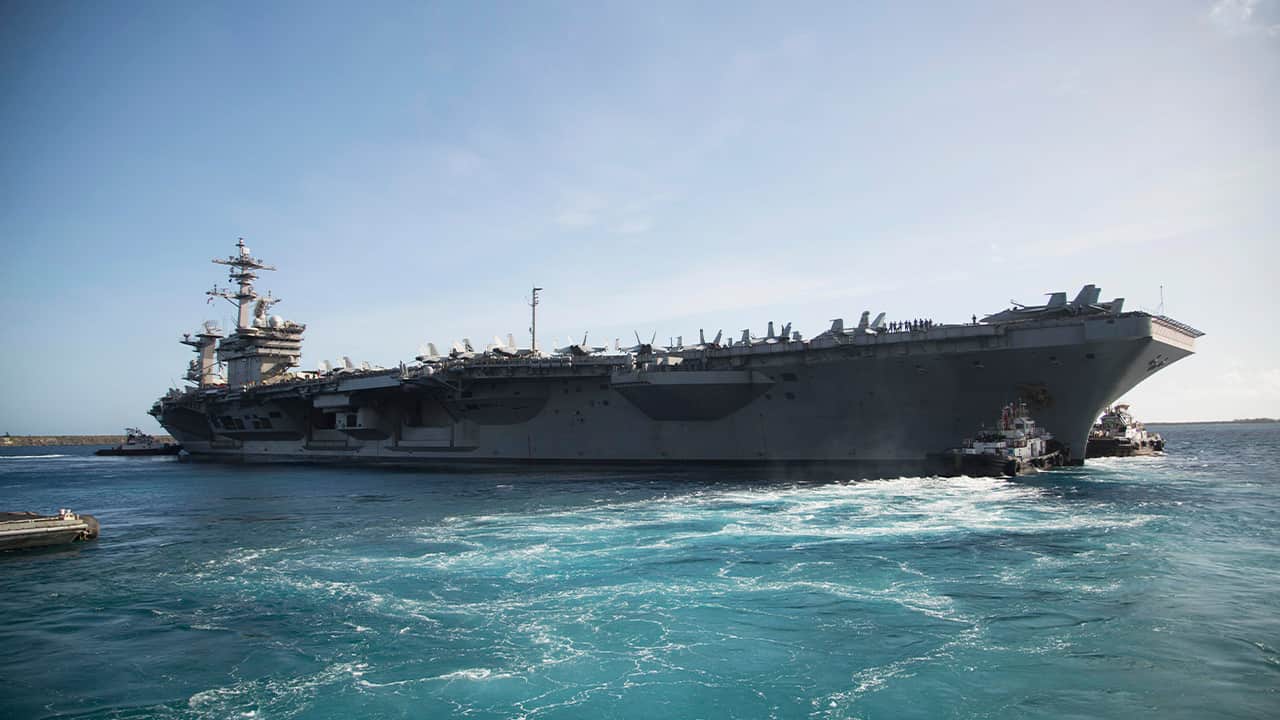 SAN DIEGO — Search crews combed the ocean off Southern California on Friday for a sailor who may have gone overboard from the aircraft carrier USS Theodore Roosevelt.

The search started Thursday morning after a lookout spotted what appeared to be a person in the water, a statement from the San Diego-based 3rd Fleet said.

Three helicopters and a boat were launched in response and one sailor was unaccounted for during a command-wide muster, the statement said.

The U.S. Coast Guard and Navy aircraft and ships were participating.

Related Topics:CaliforniaU.S. Navy
Up Next