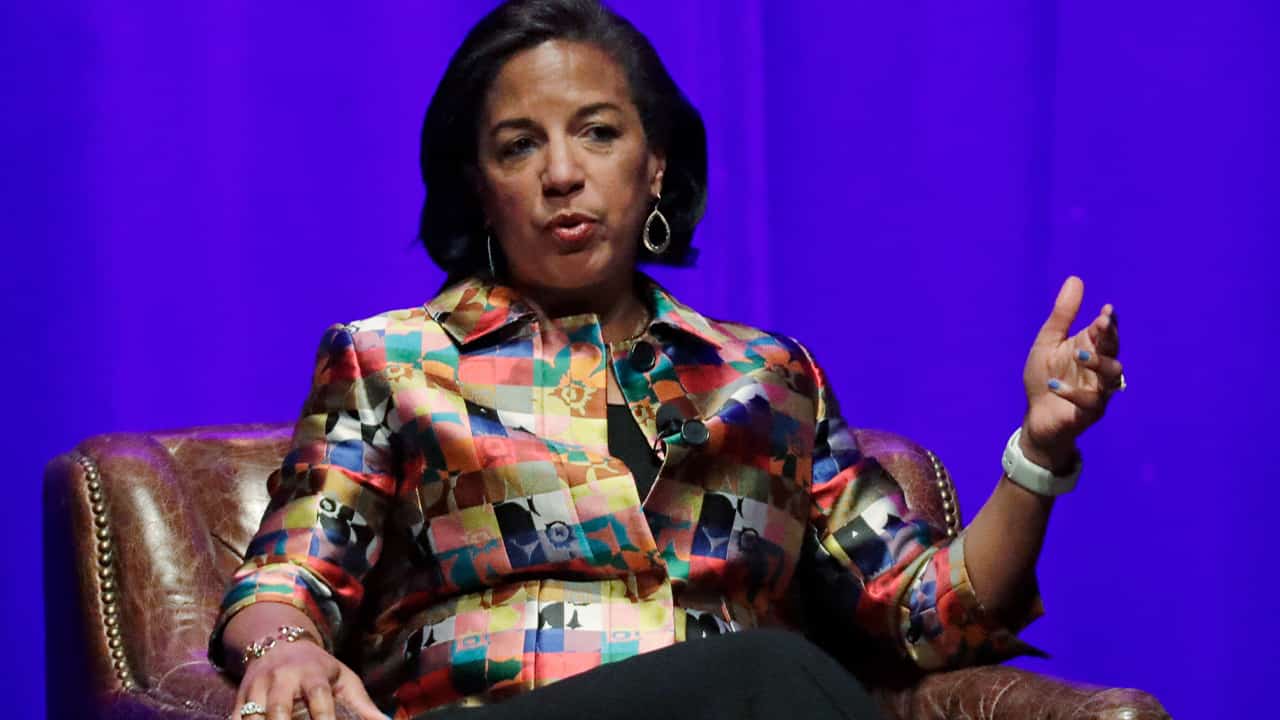 WASHINGTON — President-elect Joe Biden is naming Susan Rice as director of the White House Domestic Policy Council, giving her broad sway over his administration’s approach to immigration, health care and racial inequality and elevating the prominence of the position in the West Wing.

The move marks a surprising shift for Rice, a longtime Democratic foreign policy expert who served as President Barack Obama’s national security adviser and U.N. ambassador. She worked closely with then-Vice President Biden in those roles and was on his short list to become his running mate during the 2020 campaign.

Biden is also nominating Denis McDonough, who was Obama’s White House chief of staff, as secretary of the Department of Veterans Affairs, a sprawling agency that has presented organizational challenges for both parties over the years. But he never served in the armed forces, a fact noted by a leading veterans organization.

In selecting Rice and McDonough, Biden is continuing to stockpile his administration with prominent members of the Obama administration. He will make the formal announcements Friday, along with his nominations of Ohio Rep. Marcia Fudge to run the Department of Housing and Urban Development, Katherine Tai as U.S. trade representative and Tom Vilsack as agriculture secretary. Vilsack filled that same role during Obama’s two terms.

“The roles they will take on are where the rubber meets the road — where competent and crisis-tested governance can make a meaningful difference in people’s lives, enhancing the dignity, equity, security, and prosperity of the day-to-day lives of Americans,” Biden said in a statement.

In choosing Rice to oversee the White House council, advisers said Biden is signaling the importance of domestic policy in his early agenda. Though the council was created with the intention of being on par with the White House National Security Council, it traditionally has had a lower public profile, including for its directors.

Rice is expected to be more of a force, both inside and outside the White House, and her appointment creates a new power center in the West Wing. She’s discussed replicating some elements of the National Security Council in her new role, including a principals committee of Cabinet secretaries and others that could bring more structure to domestic policymaking, but also pull more power into the West Wing.

She’s expected to play an active role in the Biden administration’s response to the coronavirus pandemic. Health care, immigration and tackling racial inequality are also expected to be among the top issues for the domestic policy shop next year.

The 56-year-old Rice will be among the most prominent Black women in Biden’s administration. Rice was also in the running to become Biden’s running mate before he picked California Sen. Kamala Harris.

Since then, Rice has been discussing other roles with the Biden team and was initially seen as a contender for secretary of state. But as a longtime target of Republicans, her prospects for a Cabinet position faded after the election, given the close makeup of the Senate. A pair of runoffs in Georgia next month will determine which party has control, but either configuration will be exceedingly close.

Rice’s role overseeing the council does not require Senate confirmation.

Although Biden has insisted his administration will not simply be a retread of Obama’s presidency, he is bringing back numerous familiar faces. His team has defended the moves as a nod toward experience and the need to hit the ground running in tackling the pressing issues facing the nation across multiple fronts.

Shirley Anne Warshaw, a professor at Gettysburg College who has studied the presidency and Cabinets, said following Obama as he builds out his team gives Biden an advantage.

“This is a much better bench than Obama had because these people have the experience of serving in the Obama administration,” Warshaw said. “In that way, Joe Biden is the luckiest man in the world.”

McDonough, the VA nominee, is an experienced manager who was chief of staff throughout Obama’s second term. McDonough was previously Obama’s deputy national security adviser, including during the Navy SEAL raid in 2011 that killed al-Qaida leader Osama bin Laden, and was a longtime congressional staffer.

McDonough was credited with helping Obama try to bridge divides on Capitol Hill, including around one of his most substantial second-term legislative achievements: the Veterans Choice Act. The legislation, for which President Donald Trump tries to take credit, gave former service members more options to seek care and the VA secretary more authority to fire underperforming staffers.

Biden Is Balancing Numerous Priorities as He Fills Out His Cabinet

The bill came about following exposes during the Obama administration into mismanagement at some VA hospitals and mounting complaints by advocacy groups. As chief of staff, McDonough was also deeply involved in an overhaul of VA leadership after the scandals, which led to the ouster of the department’s secretary.

“We are surprised by this pick. No way to deny that,” said Joe Chenelly, national executive director of AMVETS, or American Veterans. “We were expecting a veteran, maybe a post-9/11 veteran. Maybe a woman veteran. Or maybe a veteran who knows the VA exceptionally well. We are looking forward to hearing from President-Elect Biden on his thinking behind this nomination.”

Biden is balancing numerous priorities as he fills out his Cabinet, including making good on his pledge to have a diverse group of top advisers. That’s created some tensions over top jobs, including agriculture secretary.

Allies of Fudge made no secret of their desire for her to lead the department, given its oversight of food stamps and other programs meant to address food insecurity — one of her longtime priorities. Instead, Biden went with Vilsack, a longtime friend and advocate for Democrats paying more attention to rural America.

A transition official said Vilsack and Fudge spoke Wednesday to lay the groundwork for cooperation between their two agencies on those and other initiatives.

City’s Next Police Chief Has Different Views Than His Predecessors. Here’s What He Said.

US Jobless Claims Jump to 853,000 Amid Resurgence of Virus