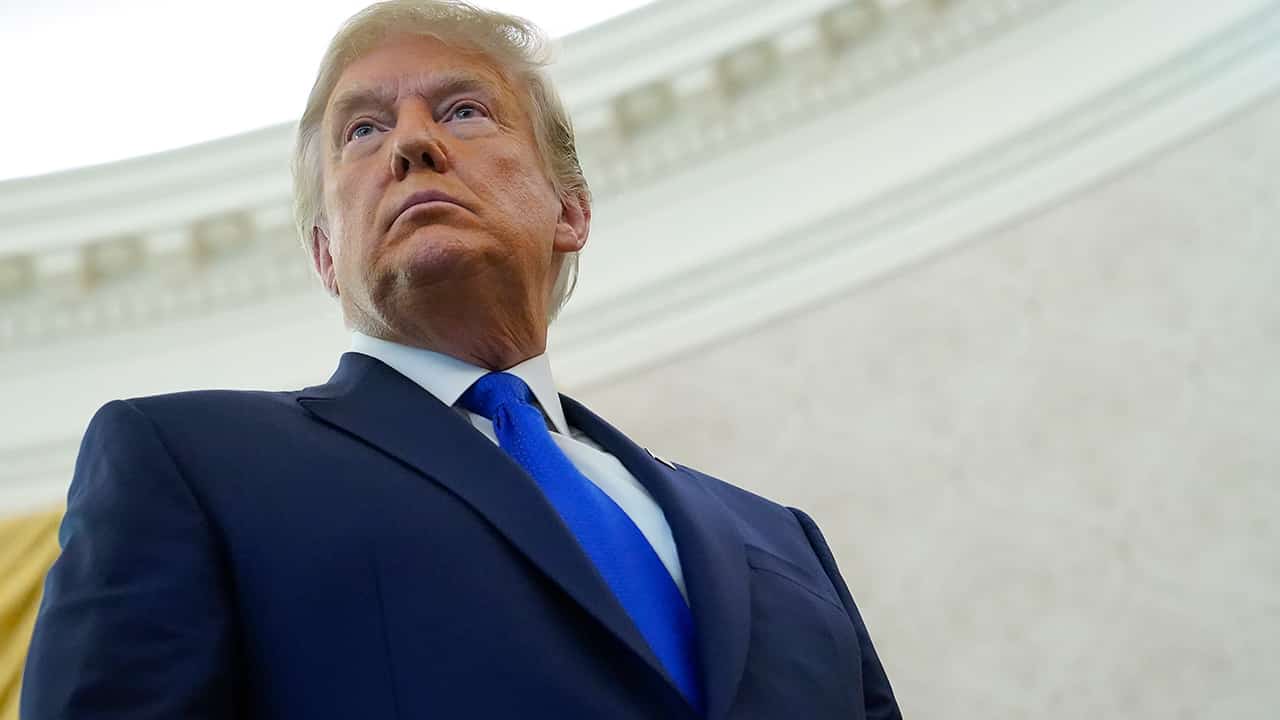 WASHINGTON — President Donald Trump and his allies say their lawsuits aimed at subverting the 2020 election and reversing his loss to Joe Biden would be substantiated, if only judges were allowed to hear the cases.

There is a central flaw in the argument. Judges have heard the cases and have been among the harshest critics of the legal arguments put forth by Trump’s legal team, often dismissing them with scathing language of repudiation.

This has been true whether the judge has been appointed by a Democrat or a Republican, including those named by Trump himself.

The judicial rulings that have rejected Trump’s unfounded claims of widespread voter fraud have underscored not only the futility of the lame-duck president’s brazen attempt to sabotage the people’s will but also the role of the courts in checking his unprecedented efforts to stay in power.

The rebukes have not stopped the litigation. On Tuesday, Texas Attorney General Ken Paxton sued the states of Georgia, Michigan, Wisconsin, and Pennsylvania, alleging that they violated the Constitution based on a litany of already-dismissed complaints. Paxton asked the U.S. Supreme Court to invalidate their 62 Electoral College votes for Biden — a move that would swing the election to Trump and would be unprecedented in American history.

On Monday, U.S. District Judge Linda Parker threw out a lawsuit challenging Michigan’s election results that had been filed two days after the state certified the results for Biden. Parker, appointed by President Barack Obama, said the case embodied the phrase “This ship has sailed.”

“This lawsuit seems to be less about achieving the relief plaintiffs seek … and more about the impact of their allegations on people’s faith in the democratic process and their trust in our government.”

The People Have Spoken

The lawsuit filed on behalf of a group of voters claimed Biden benefited from fraud, alleging, as in much of the other litigation, a massive Democrat-run conspiracy to shift the results. It sought to reverse the certification and impound all voting machines for inspection — “relief that is stunning in its scope and breathtaking in its reach,” the judge said.

“Plaintiffs ask this court to ignore the orderly statutory scheme established to challenge elections and to ignore the will of millions of voters. This, the court cannot, and will not, do,” she said.

“The people have spoken.”

Her ruling stands alongside others in Pennsylvania, Georgia, Arizona and Nevada that have a common thread: They all rejected Trump’s claims.

Even in the face of these losses in court, Trump has contended that, in fact, he won the election. And he’s moved out of the courts to directly appeal to lawmakers as his losses mount. He brought Michigan lawmakers to the White House in a failed bid to set aside the vote tally, and phoned Georgia Gov. Brian Kemp, asking him to order a special legislative session to overturn the states results. Kemp refused. Trump also called Pennsylvania Republican House Speaker Bryan Cutler, who said state law did not give the legislature the power to overturn the will of voters.

And Trump tweeted in all caps, “I WON THE ELECTION, BIG.”

While that is not the case, what is true is that Trump is rapidly running out of legal runway. Out of roughly 50 lawsuits filed, more than 35 have been dropped or dismissed. The U.S. Supreme Court was expected to weigh in later this week in a case from Pennsylvania. A great deal of the lawsuits highlight a lack of understanding of how elections actually work.

In Georgia, U.S. District Judge Timothy Batten, appointed by President George W. Bush, dismissed a lawsuit filed by attorney Sidney Powell, who was dropped from the Trump legal team a few weeks ago but has still continued to spread faulty election claims.

The lawsuit claimed widespread fraud meant to illegally manipulate the vote count in favor of Biden. The suit said the scheme was carried out in different ways, including ballot stuffing, votes flipped by the election system from Trump to Biden and problems with absentee ballots. The judge summarily rejected those claims.

Batten said the lawsuit sought “perhaps the most extraordinary relief ever sought in any federal court in connection with an election.”

He said the lawsuit sought to ignore the will of voters in Georgia, which certified the state for Biden again Monday after three vote counts.

“They want this court to substitute its judgment for that of two-and-a-half million Georgia voters who voted for Joe Biden and this I am unwilling to do,” Batten said.

Trump has appointed more than 150 federal court judges who have been confirmed by the Senate and pushed through three Supreme Court justices.

Much like Trump, his lawyers try to blame the political leanings of the judge after their legal arguments are flayed.

Trump Appointed the Judge Who Wrote the Nov. 27 Opinion

When a federal appeals panel in Philadelphia rejected Trump’s election challenge just five days after it reached the court, Trump legal advisor Jenna Ellis called their work a product of “the activist judicial machinery in Pennsylvania.”

But Trump appointed the judge who wrote the Nov. 27 opinion.

“Voters, not lawyers, choose the president. Ballots, not briefs, decide elections,” Judge Stephanos Bibas wrote as the 3rd U.S. Circuit panel refused to stop the state from certifying its results for Democrat Joe Biden, a demand he called “breathtaking.”

All three of the panel members were appointed by Republican presidents.

And they were upholding the decision of a fourth Republican, U.S. District Judge Matthew Brann, a conservative jurist and Federalist Society member. Brann had called the campaign’s legal case, which was argued in court by Rudy Giuliani, a “haphazard” jumble that resembled “Frankenstein’s monster.”

In state courts, too, the lawsuits have failed. In Arizona on Friday, Judge Randall Warner, an independent appointed in 2007 by Democratic former Gov. Janet Napolitano, threw out a bid to undo Biden’s victory.

Arizona Republican Party Chairwoman Kelli Ward challenged of ballots in metro Phoenix that were duplicated because voters’ earlier ballots were damaged or could not be run through tabulators.

Warner wrote: “There is no evidence that the inaccuracies were intentional or part of a fraudulent scheme. They were mistakes. And given both the small number of duplicate ballots and the low error rate, the evidence does not show any impact on the outcome.”

In Nevada on Friday, Judge James Todd Russell in Carson City ruled that attorneys for Republican electors failed to provide clear or convincing evidence of fraud or illegality.

Nevada judges are nonpartisan. But Russell’s father was a Republican governor of the state from 1951-59.