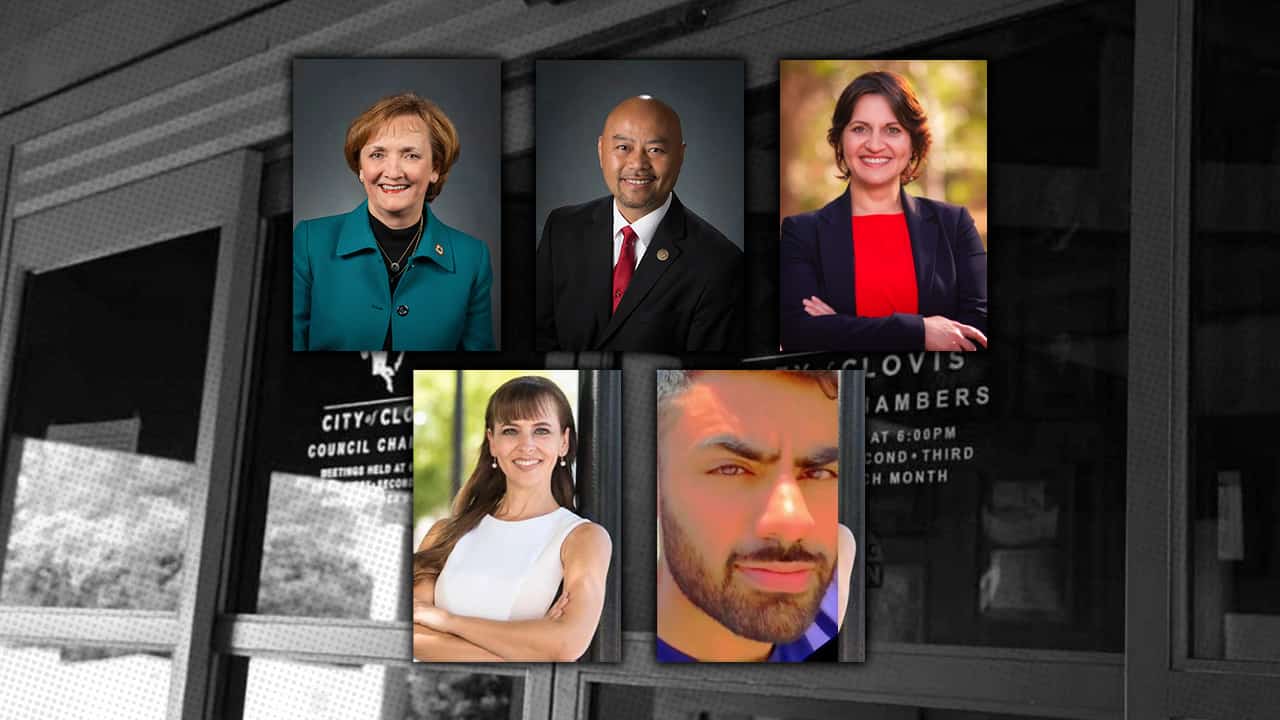 Clovis voters will pick two names from a choice of five candidates for Clovis City Council — the largest field in 13 years.

The election is March 2. This will be the last time the city conducts an election during an odd-numbered year. It may also be the final time for an at-large election in Clovis.

Lynne Ashbeck is running for her fifth term in office, first being elected in 2001. Mouanoutoua is running for his second term. Both were the only names in a “pick-two” race in 2017, with Ashbeck receiving 82% of the votes and Mouanoutoua garnering 49.98%.

Ashbeck, an administrator with Valley Children’s Hospital, has rarely had competition in her prior elections.

She finished first in 2001 and 2005; and second in 2009 (winning a seat after a second-place finish to Nathan Magsig). No election was held in 2013 because of lack of challengers.

Of the six other residents who pulled papers to run for office, only three qualified by Friday’s deadline.

Diane Pearce is the chairwoman of the Fresno County and City Republican Women Federated. She also helps run an entertainment company with her husband, Jeremy Pearce. He performs as an Elvis Presley impersonator.

Jeremy Pearce ran unsuccessfully for Fresno City Council in 2016 — the family has since moved to Clovis.

Noha Elbaz ran for Clovis Unified school board in November, finishing second in a three-person race to Hugh Awtrey. She has a background in school administration.

Herman Nagra is a business owner. His name appeared in the news twice last year on Fox 26 KMPH, first for being attacked at a gas station he operates, and then using the cameras on his Tesla to defend himself from accusations of being at fault in an accident with a wayward bicyclist.

The winner of the March election won’t serve a full four years of the term. Clovis is switching to even-number elections, which will be held during the general election month of November.

That means the council’s other three seats will be on the November 2022 ballot. The next election for the two seats on the March 2021 ballot will be decided in November 2024, four month earlier than it would have otherwise.

The city is also considering moving away from at-large elections to district elections. Last month, the council voted to study the process which will take into account 2020 census and 2021 election data.

[Update 12/14/2020: the wording about Herman Nagra’s vehicular accident has been updated. Nagra was never accused of a hit-and-run.]
Related Topics:Clovis City Council
Up Next

Lawmakers Who Met With Giuliani Scramble After COVID News