Ken Jennings has an undisputed lore on Jeopardy! All-time winning streak, winner of many of the game show’s tournaments — and at least on an interim basis — the successor host to the late Alex Trebek.

But, Jennings may have run into hot water with fans from Fresno, ironic since the current champion is a Fresno State professor.

“The Grapes of Wrath is probably the only movie where the happy ending is a family moving to Fresno,” Jennings tweeted yesterday. In a follow-up tweet, Jennings said “Watching some John Ford in honor of Alex.”

Ford directed the 1940 move “The Grapes of Wrath.”

Reaction to his tweet has been mixed, with some defending the town and others piling on.

Nathan Ahle, president and CEO of the Fresno Chamber of Commerce, said most Fresnans are too smart to take offense.

“We know what the many positives are of living and working here. We’ve seen these types of tweets from folks before, and this community is quick to rally when something is overly nasty or mean-spirited, and what Mr. Jennings said didn’t seem to rise to that level,” Ahle said. “If Mr. Jennings wants to take a trip to Fresno when the pandemic is behind us, we’ll show him what a great community we have here and then he can tell us what he thinks (in the form of a question, of course).”

GV Wire℠ reached out to Jeopardy!, Jennings and ABC 30 for comment, but did not receive one by time of publication.

The city of Fresno did respond, while at the same time congratulating Fresno State professor Fred Nelson’s victory.

“Maybe there’s a former champion who can learn a lesson in grace and humor from someone who found his happy ending in Fresno,” the tweet from the city’s account said.

Congratulations to @Fresno_State professor Fred Nelson on his @Jeopardy victory last night! (Maybe there’s a former champion who can learn a lesson in grace and humor from someone who found his happy ending in Fresno.) #YouDontKenFresno pic.twitter.com/lePCVgNSbK

Jennings Taking Over for Trebek

Long-time host Trebek died Nov. 8. He recorded programs through the end of October, with his final episode airing Jan. 7.

Jennings was named interim host, with production resuming this week. Those shows are expected to air starting Jan. 10.

He won 74 consecutive games in 2004, a record that remains today. He also set an American game show record with $2.52 million in cash winnings, a mark since broken.

With his game show fame, Jennings became a household name. He’s appeared in several Jeopardy! tournaments since, winning $1 million The Greatest of All Time tournament versus James Holzhauer and Brad Rutter earlier this year.

Jennings has taken heat before for prior tweets mocking the disabled, a late Star Wars fan, and Baron Trump, the son of President Donald Trump.

Fresno Professor is a Jeopardy! Champion

On the episode that aired Thursday on ABC 30 and around the nation, Fresno State science education professor Fred Nelson won $20,001 and the right to come back on Friday.

He was the only contestant to come up with the correct response to the final answer:

“Who are Lincoln + Douglas?” as in Abraham Lincoln and Stephen Douglas and their precedent setting debates that have become the model for political dialogue.

Nelson was introduced as “A university professor, originally from Manhattan, Kansas” and did not mention his Fresno State affiliation during the show. During his contestant interview with Trebek, Nelson joked that he’s been fired from every job he’s had except for teaching. 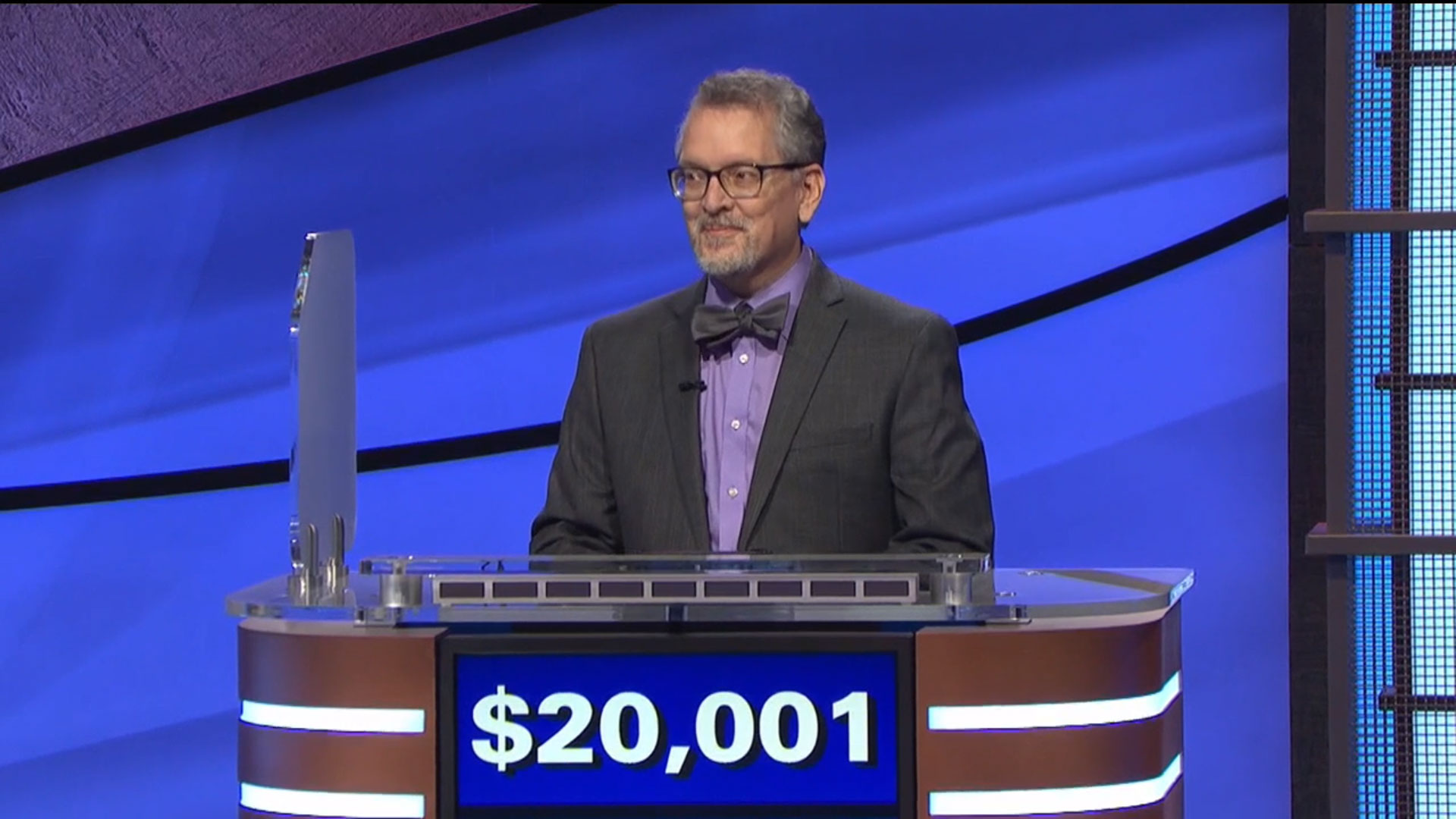