Did He Win Any 'Jeopardy!' Dollars? Fresno Prof Appears Thursday on One of Trebek's Final Shows. 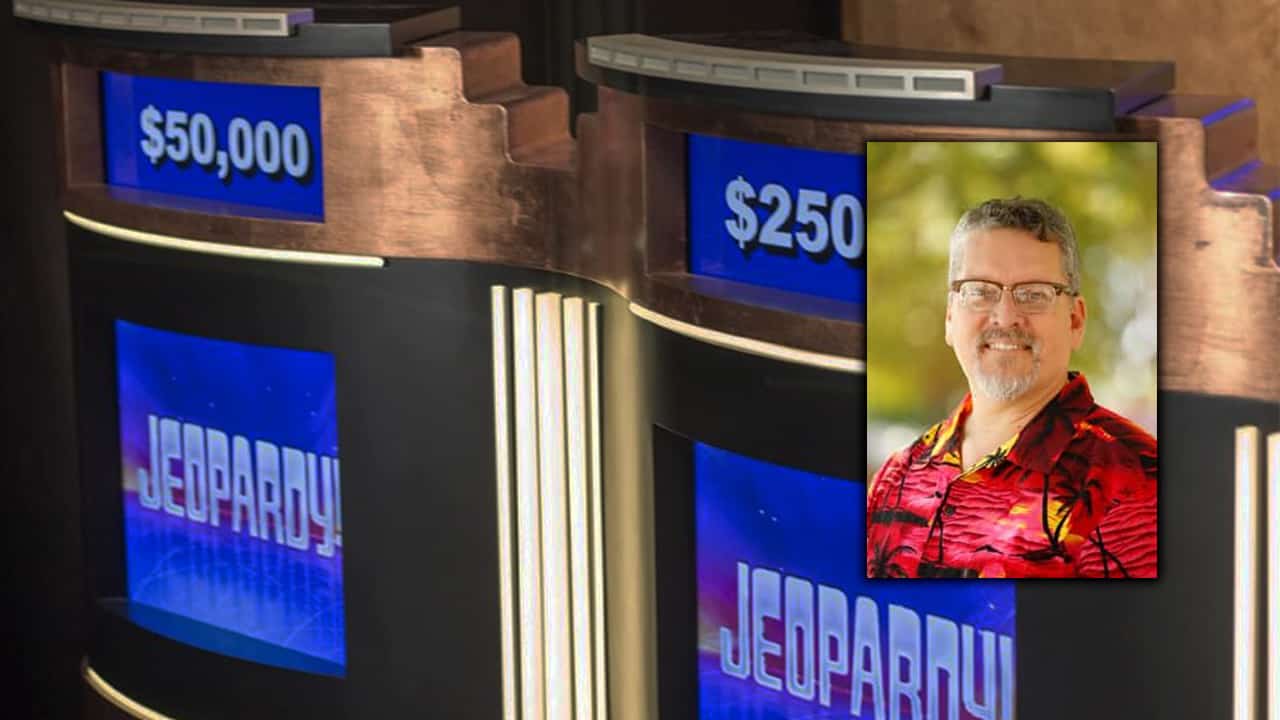 Fresno State associate professor Frederick Nelson was able to tick another item off his bucket list with an appearance on the “Jeopardy!” game show that will air Thursday evening.

Nelson, who under show rules can’t say whether he won or lost, was able to share that he joked with longtime host Alex Trebek about how he might not be recognizable in the suit he donned for the show since he is known for his Hawaiian shirts, sandals, and shorts on campus.

The show was taped in September, about two months before Trebek lost his battle with pancreatic cancer.  Trebek, who set records for game show-hosting longevity, died Nov. 8. His last day in the studio was Oct. 29.

“Alex was a gift to this planet,” Nelson said. “He was simultaneously super smart, funny, professional, and kind.”

Nelson, who is chairman of the Liberal Studies Department and teaches science education, had hoped for categories in science fiction or physics, or his fan-favorite “Lord of the Rings.” Those categories didn’t surface, but he enjoyed tackling music-related questions (and remember, answer in the form of a question).

“Alex really enjoys the game played well and complimented us on our play,” he said. “It felt really good to get a compliment from Alex for play in a category or wagering and answering a Final Jeopardy clue.”

Nelson had come close to appearing on the “Jeopardy!” soundstage before — in 2009 he was in the candidate pool but was not selected.

This year because of coronavirus restrictions, Nelson’s online test in February was followed by a virtual audition of a second test and practice game. He got a call at the end of August inviting him to be a contestant.

His episode (or was it episodes?) was taped on Sept. 15. (Nelson said he was impressed that an entire week of shows is taped in a single day.)

Now that he’s a “Jeopardy!” veteran, Nelson has some buzzer advice for aspiring contestants:

“The hardest part about playing is how to use the buzzer. When the answer is read, there are lights that appear around the game board. When the lights go out, you can click. If you click early, you get locked out from clicking again. Clicking at the right moment takes practice and a fast reaction time.”