Momentum Growing for New Federal COVID Relief. Who Would Get Money? 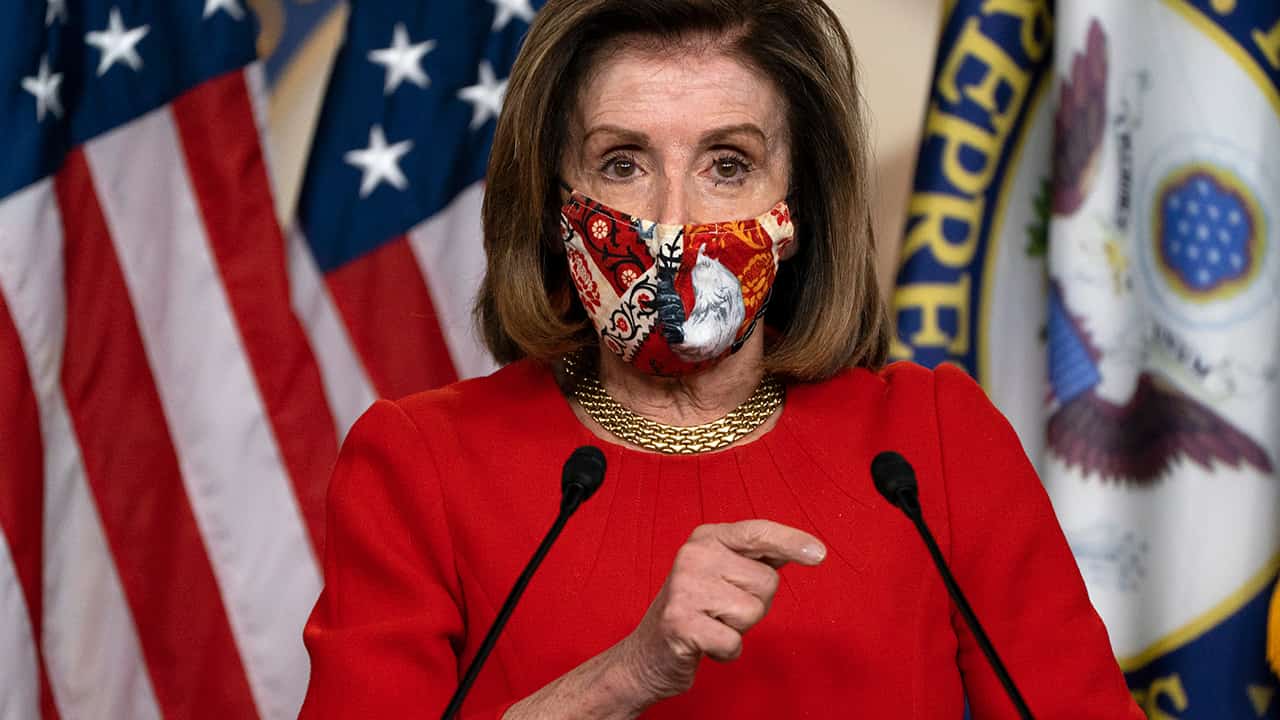 WASHINGTON — House Speaker Nancy Pelosi gave an optimistic assessment of the prospects for a mid-sized COVID-19 relief bill and a separate $1.4 trillion governmentwide spending bill on Friday, teeing up expectations for a successful burst of legislative action to reverse months of frustration on pandemic relief.

Pelosi told reporters that she and Senate Majority Leader Mitch McConnell are in sync on a plan to reach agreement on the massive omnibus spending bill and to add COVID-19 relief to it.

Pelosi said a bipartisan, middle-of-the-road plan being finalized by a diverse gaggle of senators that she has endorsed as a foundation for the relief bill is a good effort, even though it’s a significant retreat from where Democrats stood before the election.

“It’s a good product,” Pelosi said. “It’s not everything we want.” Pelosi had dismissed an even larger package floated by moderates in September as inadequate, but said that the looming arrival of vaccines and President-elect Joe Biden’s victory are a “game changer” that should guarantee more aid next year and the elimination of the pandemic. She called the bill a bridge “until the inauguration and the emergence of the vaccine.”

Pelosi and McConnell often fight and snipe at each other, but they are an unstoppable force when their interests align. They spoke on the phone Thursday, a conversation that came the day after Pelosi signaled a willingness to make major concessions in search of a COVID-19 rescue package in the $1 trillion range.

“We had a good conversation. I think we’re both interested in getting an outcome, both on the omnibus and on a coronavirus package,” McConnell said Thursday.

The pace of the economic recovery has slowed, COVID-19 caseloads are spiraling and the daily death toll is equaling records, a toxic statistical stew that shows the mandate for a second major relief package after months of failed promises. It’s also a promising moment after Biden rallied behind the bipartisan measure and top congressional Democrats began beating a retreat to endorse the $908 billion bipartisan framework as a way to build an agreement.

A Huge Drop in Democratic Demands

Some conservatives, including Republicans from COVID-19 hot spots like North Dakota and Iowa, said they were comfortable with an aid package carrying the almost $1 trillion price tag. The $908 billion cost is what many Republicans, McConnell included, signaled they were willing to accept this summer before scaling back their ambitions to maintain GOP unity.

The scaled-back, bipartisan measure is the product of talks involving Republicans Susan Collins, R-Maine, Lisa Murkowski, R-Alaska, and Mitt Romney, R-Utah, along with Democrats like Joe Manchin of West Virginia and Dick Durbin of Illinois. Also lending credibility to the middle-of-the-road package is a well-intentioned “problem solvers” group that promises to deliver a bipartisan vote.

A key McConnell ally, Sen. John Cornyn, R-Texas, said he is negotiating with fellow Judiciary Committee member Durbin over a provision much sought by Republicans and McConnell in particular that would give a liability shield to businesses, universities and other organizations against COVID-19-related lawsuits.

McConnell himself said a huge drop in Democratic demands — from more than $2 trillion to less than $1 trillion — was “at least movement in the right direction.”

And Trump weighed in to support the idea. Obtaining his necessary signature can be a bit of a high-wire act, especially since any COVID-19 relief is likely to be added to a catchall spending bill.

“I think they are getting very close and I want it to happen,” Trump said.

At stake is whether to provide at least some COVID-19 aid now rather than wait until Biden takes office. Businesses, especially airlines, restaurants and health providers, are desperate for help as caseloads spiral and deaths spike. Money to help states distribute vaccines is needed, and supplemental pandemic unemployment aid that provides additional weeks of jobless benefits expires at the end of the month.

Biden is supporting an additional aid package that’s as large as possible now. He said Wednesday that an aid package developed by moderates “wouldn’t be the answer, but it would be the immediate help for a lot of things.” He wants a relief bill to pass Congress now, with more aid to come next year.

The statement was a significant concession by Pelosi and Schumer, who played hardball this fall during failed pre-election discussions with the administration on a costlier bill. They wanted a more generous unemployment benefit and far more for state and local governments. Their embrace of the $908 billion measure was a retreat from a secret $1.3 trillion offer the two Democrats gave McConnell just on Monday.

The new plan includes a liability shield for businesses and other organizations that have reopened their doors during the pandemic. It’s the first time Pelosi and Schumer have shown a willingness to consider the idea, a top priority of McConnell, and Durbin’s involvement suggests a level of seriousness that had not been previously seen.

McConnell had dismissed the bipartisan offer on Tuesday, instead aiming to rally Republicans around the $550 billion GOP proposal. But McConnell himself endorsed a $1 trillion-or-so plan this summer, only to encounter resistance from conservatives that prompted him to retrench. He has acknowledged that another infusion of aid to states and local governments, a key Pelosi demand, probably will pass eventually.

“There is momentum,” Pelosi said.

US Hiring Slows Sharply to 245,000 Jobs as Virus Intensifies