Virus Deaths in US Top 3,100 in a Single Day for the First Time 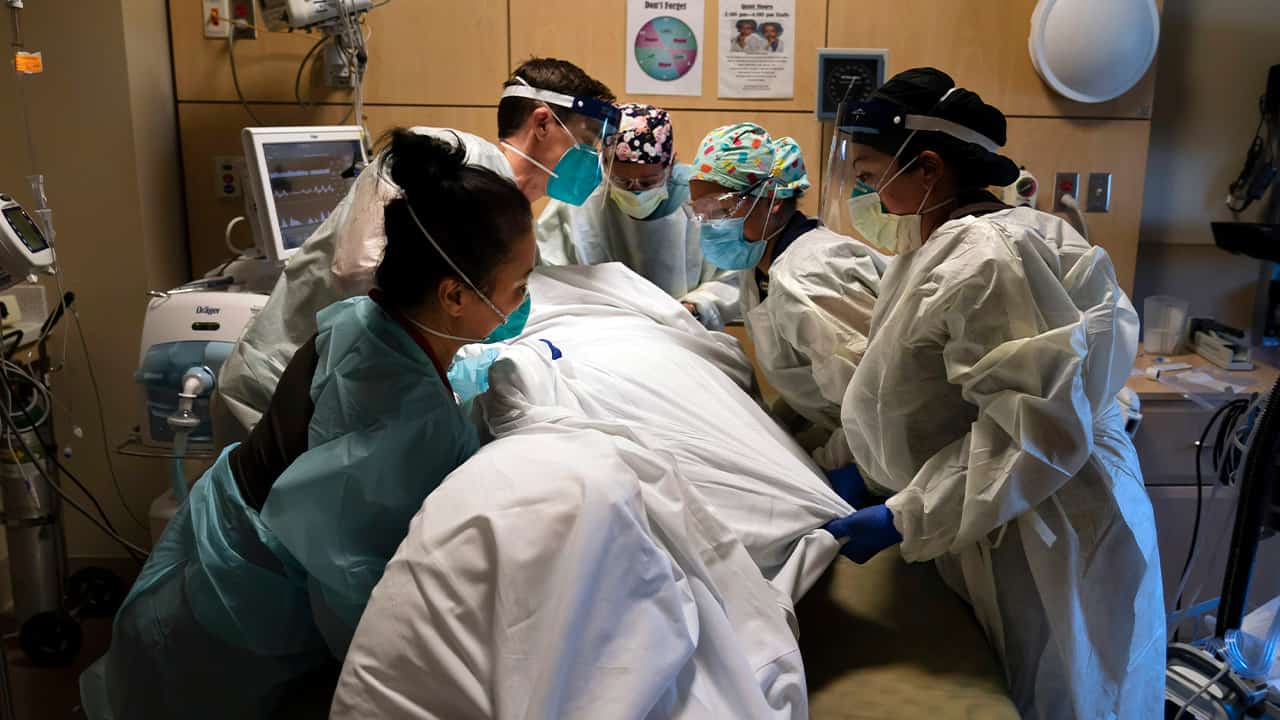 The U.S. recorded over 3,100 COVID-19 deaths in a single day, obliterating the record set last spring, while the number of Americans hospitalized with the virus has eclipsed 100,000 for the first time and new cases have begun topping 200,000 a day, according to figures released Thursday.

The three benchmarks altogether showed a country slipping deeper into crisis, with perhaps the worst yet to come, in part because of the delayed effects from Thanksgiving, when millions of Americans disregarded warnings to stay home and celebrate only with members of their household.

Across the U.S., the surge has swamped hospitals and left nurses and other health care workers shorthanded and burned out.

“The reality is December and January and February are going to be rough times. I actually believe they are going to be the most difficult time in the public health history of this nation,” Dr. Robert Redfield, head of the Centers for Disease Control and Prevention, said Wednesday.

Health authorities had warned that the numbers could fluctuate strongly before and after Thanksgiving, as they often do around holidays and weekends, when because of reporting delays, figures often drop, then rise sharply a few days later as state and local agencies catch up with the backlog.

Nationwide the Coronavirus Is Blamed for Over 270,000 Deaths

Still, deaths, hospitalizations and cases in the U.S. have been on a fairly steady rise for weeks, sometimes breaking records for days on end.

Nationwide the coronavirus is blamed for over 270,000 deaths and about 14 million confirmed infections.

The U.S. recorded 3,157 deaths on Wednesday, according to the tally kept by Johns Hopkins University. That’s more than the number of people killed on 9/11, and it shattered the old mark of 2,603, set on April 15, when the New York metropolitan area was the epicenter of the U.S. outbreak.

The number of people in the hospital likewise set an all-time high Wednesday, according to the COVID Tracking Project. It has more than doubled over the past month.

Also, the number of newly confirmed infections climbed just over 200,000 Wednesday for the second time in less than a week, by Johns Hopkins’ count.