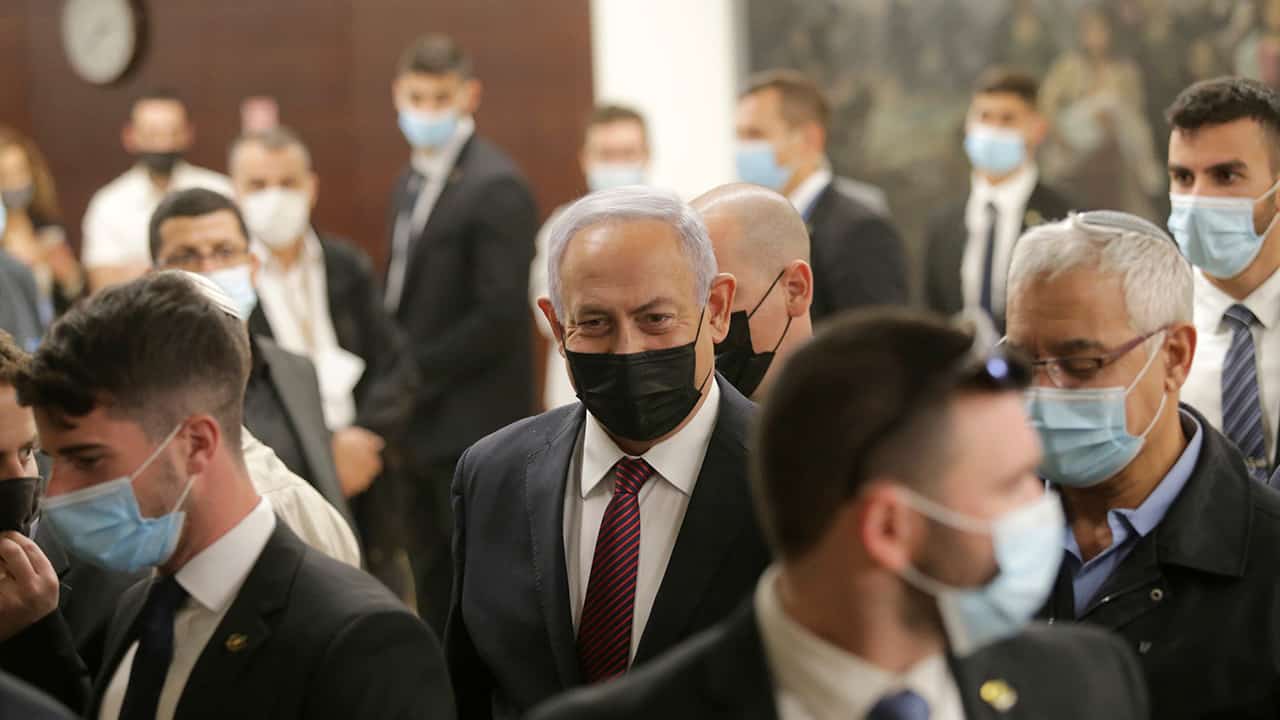 The 61-54 vote came just seven months after the coalition took office in a declaration of national unity to confront the coronavirus crisis. But since then, the alliance between Netanyahu’s Likud Party and Defense Minister Benny Gantz’s Blue and White has been locked in infighting.

The vote gave only preliminary approval to ending the alliance and forcing a new election early next year. The legislation now heads to a committee before parliament as a whole takes up final approval, perhaps as soon as next week. In the meantime, Gantz and Netanyahu are expected to continue negotiations in a last-ditch attempt to preserve their troubled alliance.

By joining the opposition in Wednesday’s vote, Gantz’s party voiced its dissatisfaction with Netanyahu, accusing him of putting his own personal interests ahead of those of the country.

Netanyahu is on trial for a series of corruption charges, and Gantz accuses the prime minister of hindering key governmental work, including the passage of a national budget, in hopes of stalling or overturning the legal proceedings against him.

Opposition leader Yair Lapid, whose Yesh Atid party voted for new elections, accused the government of gross mishandling of the coronavirus crisis and its economic fallout. He said the one thing all citizens share is “the feeling that they lost control over their lives.”

Israel Has Gone Through Two Nationwide Lockdowns Since March

The government still has not yet passed a budget for 2020, a result of the deep divisions produced by its power-sharing agreement. The lack of budget has caused severe hardships and cutbacks for Israelis at a time when unemployment is estimated at over 20% because of the pandemic.

Israel has gone through two nationwide lockdowns since March, and officials are already warning that rising infections could result in a return to strict restrictions that were only recently lifted.

If a budget for 2020 isn’t passed by Dec. 23, Israeli law stipulates an automatic dissolution of parliament and new elections.

Under the coalition deal, Netanyahu is to serve as prime minister until November 2021, with the job rotating to Gantz for 18 months after that. The only way Netanyahu can hold onto his seat and get out of that agreement is if a budget doesn’t pass.

Gantz appears to have concluded that elections are inevitable and the sooner they are held, the better. By advancing the election to early next year, he seems to be banking that Netanyahu will be punished by voters for a still-raging pandemic and struggling economy.

Netanyahu, on the other hand, would benefit by dragging out budget talks and delaying elections to later in the year in hopes that a vaccine will arrive and the economy will begin to recover.

Did He Win Any ‘Jeopardy!’ Dollars? Fresno Prof Appears Thursday on One of Trebek’s Final Shows.