First COVID Vaccinations Expected Within Days as Britain Approves Use 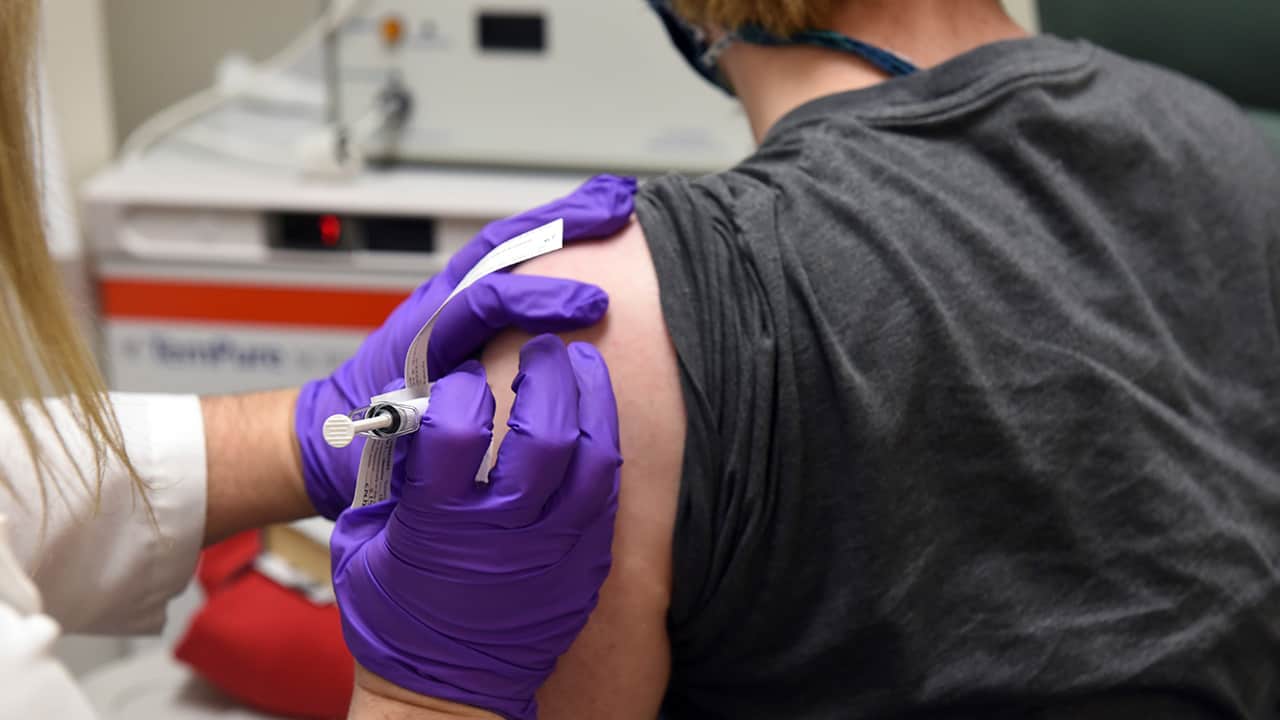 LONDON — Britain authorized a COVID-19 vaccine for use Wednesday, greenlighting the first shot backed up by rigorous scientific review. The first vaccinations are expected within days — a major step toward eventually ending the pandemic.

The go-ahead for the vaccine from American drugmaker Pfizer and Germany’s BioNTech comes as the virus surges again in the United States and Europe, putting pressure on hospitals and forcing new rounds of restrictions that have devastated the global economy. Officials cautioned that several tough months still lie ahead, even in Britain, given the scale of the operation needed to vaccinate large swaths of the population.

The Medicines and Healthcare Products Regulatory Agency, which licenses drugs in the U.K., recommended the vaccine for emergency use after it reviewed a raft of data, including the results of clinical trials that showed it was 95% effective and offered significant protection for older people, among those most at risk of dying from the disease. But the vaccine remains experimental while final testing is done.

“This is, without any shadow of a doubt, an historic day,” said David Harper, senior consulting fellow in global health at the Chatham House think tank. “This is an unprecedented piece of science,” given that the vaccine was authorized less than a year after COVID-19 was discovered.

Other countries aren’t far behind: Regulators in the United States, the European Union and Canada also are vetting the Pfizer vaccine along with a similar shot made by competitor Moderna Inc. British and Canadian regulators also are considering another shot made by AstraZeneca and Oxford University.

British Health Secretary Matt Hancock said the U.K. will begin receiving the first shipment of 800,000 doses of the Pfizer-BioNTech vaccine “within days,” and people will start getting the shots as soon as it arrives. Two doses three weeks apart are required for protection.

The U.K. expects to receive “millions of doses” by the end of this year, Hancock said, adding that the exact number will depend on how fast it can be manufactured and checked for quality.

“The doses that we have for the U.K. are currently being packed (by) our colleagues at Pfizer’s facility in Belgium, ready for shipping very, very quickly,” BioNTech’s chief commercial officer, Sean Marett, told reporters Wednesday.

But doses are scarce as production ramps up. BioNTech, which owns the vaccine, has so far signed deals to supply 570 million doses worldwide in 2021, with options to deliver 600 million more, Marett said. It hopes to supply at least 1.3 billion in 2021.

In Britain, Public Health Officials Plan to Offer the Vaccine First to Those Who Are Most at Risk of Dying

The German company has partnered with Pfizer to deliver the vaccine worldwide, except in China where local company Fosun Pharma will handle distribution.

The BioNTech figures still only represent a fraction of what will be needed as public health officials try to vaccinate much of the world’s population. Experts have said that several vaccines will be needed in order to quickly end the pandemic, which has killed more than 1.4 million people worldwide.

In Britain, public health officials plan to offer the vaccine first to those who are most at risk of dying from the disease and those whose jobs put them at risk of contracting the virus and spreading it to others. The vaccination program will be expanded to others as supplies become available.

The first vaccines will go to nursing home residents and those who care for them, followed by everyone over 80, and healthcare workers. From there, government plans call for vaccines to be offered roughly on the basis of age groups, starting with the oldest people first.

The drugmakers said they would immediately begin shipping limited supplies to the U.K. — and have been gearing up for wider distribution if the shot receives approval from the U.S. Food and Drug Administration, a decision expected as early as next week.

Despite the speed with which they approved the vaccine, British regulators insisted “no corners have been cut” during the review process.

The MHRA made its recommendation following a rolling review of that allowed it to assess information about the vaccine as soon as it became available. The agency began analysis of preclinical data in October, followed by information on manufacturing and quality assurance and finally the results of the clinical trials.

“The safety of the public will always come first,” Dr. June Raine, chief executive of the agency, said during a news conference. “And I emphasize again that this recommendation has only been given by the MHRA following the most rigorous scientific assessment of every piece of data.”

Getting that message to the public will be critical if any vaccination program is to be successful. Some people are worried about getting any vaccine, never mind a new one.

Jacqueline Roubians, a retired nurse, hopes most people will get the shot.

“A lot of people are skeptical but I think once they understand and see everyone else having it without hesitation, I think you’ll find that people will go and have it,” Roubians, 76, said at Brixton Market in London. “People are dying of COVID, so you make that decision: do you want to die or do you want the vaccine?”

In addition to massive logistical challenge of distributing billons of vaccines, the Pfizer-BioNTech one must be stored and shipped at ultra-cold temperatures of around minus 70 degrees Celsius (minus 94 degrees Fahrenheit).

Pfizer says it has developed shipping containers that use dry ice to keep the vaccine cool. GPS-enabled sensors will allow the company to track each shipment and ensure they stay cold.

The company also says it has agreed to work with other vaccine makers to ensure there is sufficient supply and a range of vaccines, “including those suitable for global access.”

Every country has different rules for determining when an experimental vaccine is safe and effective enough to use. Intense political pressure to be the first to roll out a rigorously scientifically tested shot colored the race in the U.S. and Britain, even as researchers pledged to cut no corners.

In contrast, China and Russia have offered different vaccinations to their citizens ahead of late-stage testing.

The vaccine made by Pfizer and BioNTech was tested in tens of thousands of people. And while the study isn’t complete, early results suggest the vaccine is 95% effective at preventing mild to severe COVID-19 disease. The companies told regulators that of the first 170 infections detected in study volunteers, only eight were among people who’d received the actual vaccine and the rest had gotten a dummy shot.

The companies also reported no serious side effects, although vaccine recipients may experience temporary pain and flu-like reactions immediately after injections.

Still to be determined is whether the shots protect against people spreading the coronavirus without showing symptoms. Another question is how long protection lasts.

The vaccine also has been tested in only a small number of children, none younger than 12, and there’s no information on its effects in pregnant women.