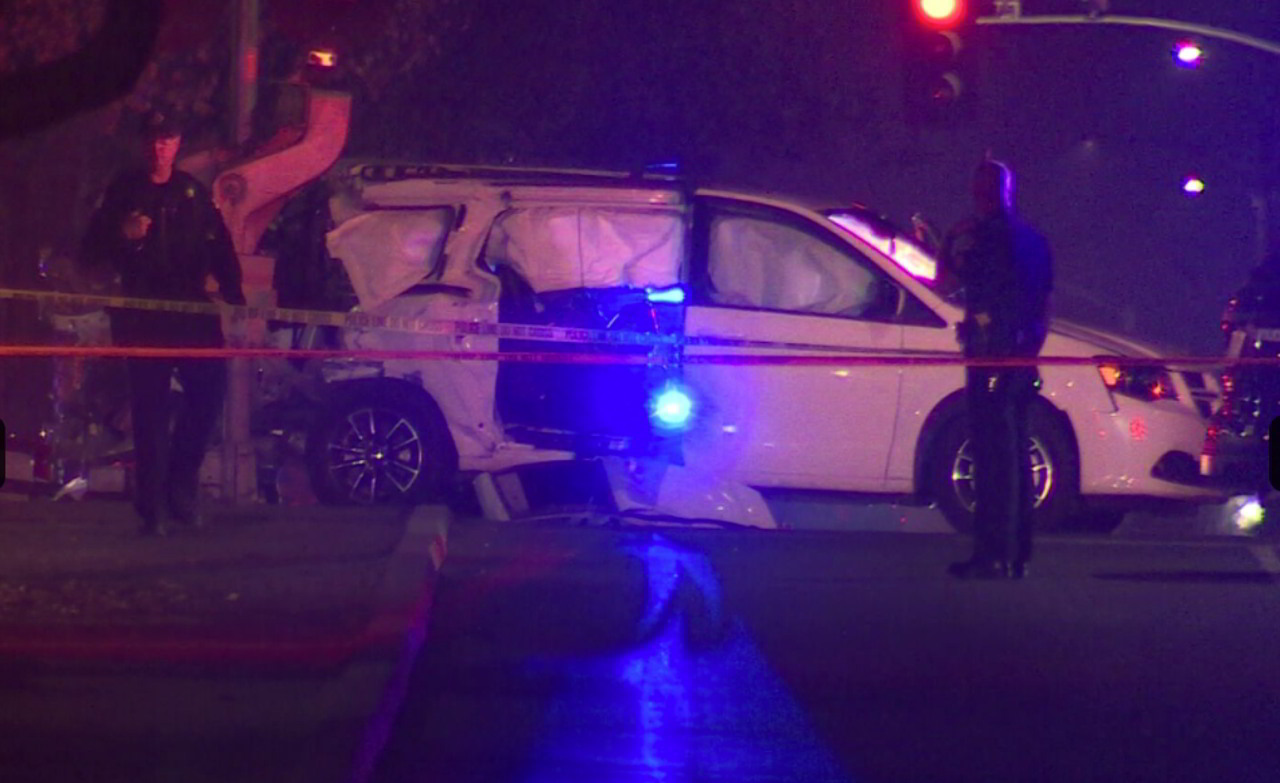 FRESNO, Calif. (FOX26) — A crash between a train and a family’s mini van has left one child dead near Christmas Tree Lane in Fresno.

The crash happened around 5:30 p.m. on Tuesday on the train tracks on Shields and Wishon.

The Fresno Police Department says a family was waiting in line to drive down Christmas Tree Lane when their minivan got stuck on the tracks. The van wasn’t able to make it off of the tracks in time and was hit by a train.

The child was confirmed dead at the scene, and three other family members were rushed to the hospital.