49ers Blindsided by County Rules That Make Them Homeless 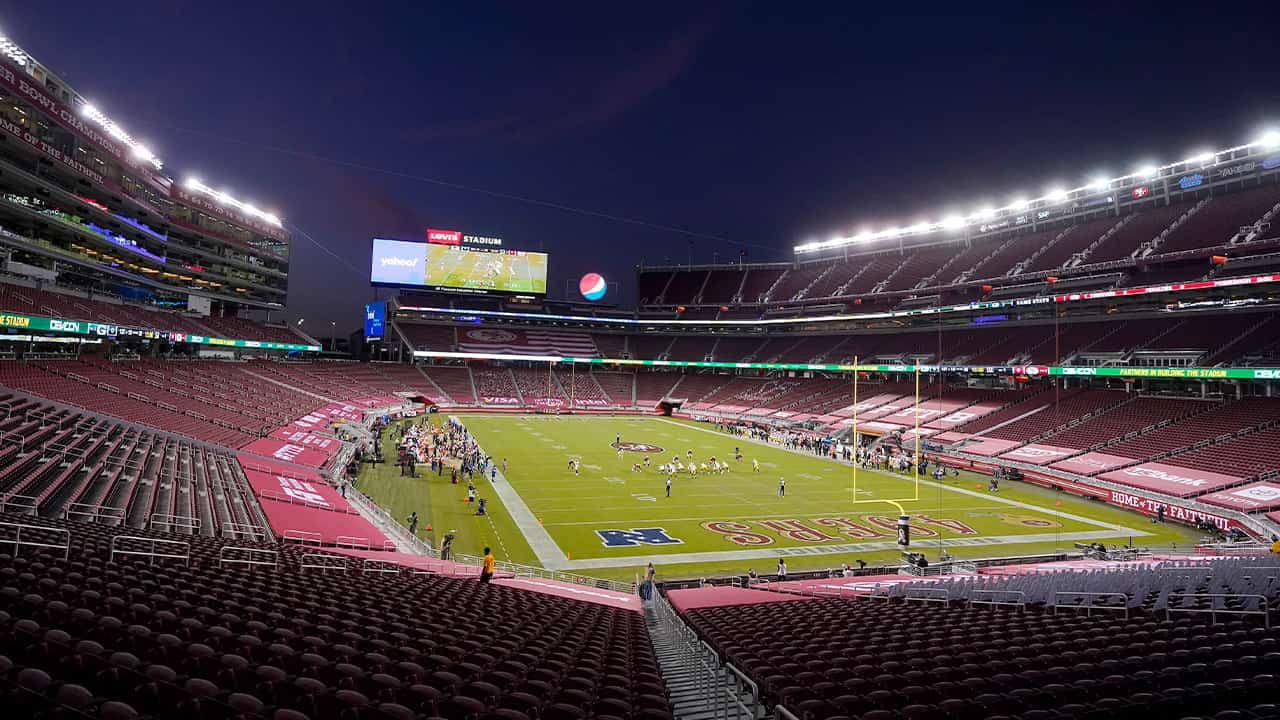 San Francisco coach Kyle Shanahan said the team was blindsided by new coronavirus regulations put in place by Santa Clara County officials that will force the 49ers to find a temporary new home for practice and games.

The county announced the new rules Saturday that include a three-week ban on practices and games for contact sports starting Monday. The Niners were on a plane getting ready to travel to Los Angeles where they beat the Rams 23-20 on Sunday when the players and coaches heard about the new rules that will force the team out of its homes.

“We’ve been working with them as a partner, just trying to figure it out,” Shanahan said. “For us to be heading out here yesterday and the relationship we have with them, for all of our players and coaches and everyone on that plane and our wives to find that out while we’re getting on a plane and no one to tell us. It was just extremely disappointing.”

A county spokeswoman didn’t immediately respond to a request for comment.

Along with banning contact sports, the new rules also require anyone who has traveled more than 150 miles from the county to quarantine for 14 days. The 49ers were set to return from the trip Sunday night just hours before the rules go into effect.

The 49ers will now need to find a new place to practice and to play games. They have two home games scheduled during this three-week stretch: Dec. 7 against Buffalo and Dec. 13 against Washington.

While there are options outside Santa Clara in the Bay Area, including the Raiders’ old home at Oakland Coliseum, it appears more likely that the team will play its home games at an existing NFL stadium out of this market. The Arizona Cardinals and Dallas Cowboys have no home games scheduled on the same day as Niners home games the rest of the season.

“They made that decision and we’ve got to deal with it,” Shanahan said. “But to find that out through a tweet or a press conference where I have an entire plane coming up to me, I have all wives, everyone’s girlfriends, everyone’s family members, kids, saying that what they heard there. Are we going to be gone for the entire month of December? Are we going to be quarantined for 14 days when we get back? That’s all we could talk about for the last 18 hours because we got no answers from them. I was just very disappointed.”

The Niners have a few days to finalize their decision. With their next game not until a week from Monday, the team won’t start practicing until Thursday.

“We’ll see what the future holds,” quarterback Nick Mullens said. “It’s tough for us but it’s more tough for the families. We’ll see what happens. We’ll adjust and we’ll be ready.”

The rules also will impact the San Jose Sharks of the NHL and college teams at Stanford and San Jose State.

Stanford and San Jose State also have several sports in season. The Cardinal have one scheduled home football game left on Dec. 12 against Oregon State and will need to find a place to practice out of the county this week.

The Spartans have home football games on Dec. 5 against Hawaii and Dec. 11 against Nevada. San Jose State practiced before the season a few hundred miles away at Humboldt State because of restrictions in Santa Clara County.

San Jose State officials planned to meet with county officials on Sunday to get more details and then will formulate a plan.

“We are in a fluid situation with our football and basketball teams since their seasons are in progress,” athletic director Marie Tuite said. “We will make decisions on team practices and when and where our contests are being played in conjunction with university administration and the Mountain West.”

Stanford’s second-ranked women’s basketball team will not play its scheduled home game Monday against San Diego. The team is looking for a place to practice.

The NHL hasn’t announced a date for the start of training camp but the Sharks have said they would look into alternate sites if needed. Several Sharks players have been holding informal workouts at the team facility in small groups.

Related Topics:coronavirusSan Francisco 49ers
Up Next