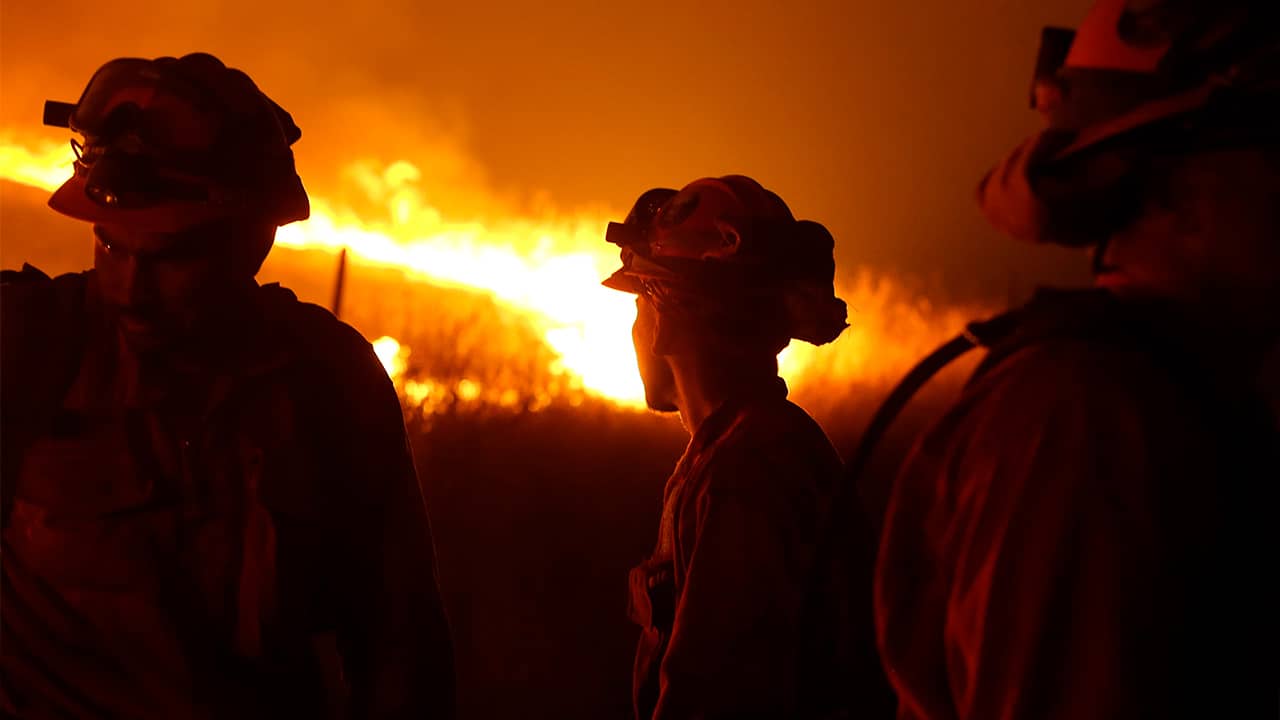 SACRAMENTO — Among the thousands of firefighters who battled record-setting wildfires in California this year was Bounchan Keola, a 39-year-old immigrant from Laos serving a 28-year prison sentence for a gang-related shooting when he was 16.

One of roughly 1,800 inmates fighting fires, Keola said he struggled to see through the smoke during his first assignment while getting doused with chemicals used to fight the flames. When it was over, he was stunned to see people from the community lining up to thank him as he walked back to the bus.

“For the first time in my life, I felt good about myself,” he said.

Keola was set to be released in October. His sister took a week off work to get ready, buying him clothes, shoes and some face masks. But days before he was to be freed, Keola learned he would not be going home. Federal agents from Immigration and Customs Enforcement picked him up and transferred him to an immigration detention facility in McFarland.

Keola is a legal resident of the U.S., having fled Laos with his parents when he was 2. But federal law allows for the deportation of immigrants with certain criminal convictions.

And while California law prohibits local agencies from cooperating with federal immigration authorities for some crimes, it doesn’t apply to the state prison system. California prison officials routinely cooperate with federal immigration authorities, advocates say, transferring released inmates to their custody so they can begin deportation proceedings.

This year alone, the state has transferred an estimated 1,265 inmates to federal immigration authorities, according to Sarah Lee, community advocate for the Asian Law Caucus.

The Fight Surfaced Again on Thursday

But Democratic leaders have been dismayed by Newsom’s policy of transferring inmates to federal immigration authorities. They have repeatedly asked him to stop, even passing a bill last year to effectively ban the practice. But Newsom vetoed it, saying he was concerned it would “negatively impact prison operations.”

The fight surfaced again on Thursday, when the state Senate called a public hearing to question California Department of Corrections and Rehabilitation officials about the transfers.

“These are people who have done their time. They paid their debt to society,” said state Sen. Scott Wiener, a Democrat from San Francisco. “We should be integrating them back into our community, and not facilitating the Trump deportation machine.”

Newsom’s office did not respond to a request for comment. But Heidi Dixon, chief of case records services for the California Department of Corrections and Rehabilitation, cited a law that says the state “shall cooperate with the United States Immigration and Naturalization Service … for the purpose of conducting and expediting deportation hearings and subsequent placement of deportation holds.”

“It’s our responsibility to notify ICE of the offender’s release date. “It’s up to ICE on whether or not they choose to pick up the offender,” Dixon told lawmakers during a public hearing.

Wiener disagreed, saying the Newsom administration was interpreting the law “as broad as someone could possibly stretch the language.”

Keola spoke to reporters by phone on Thursday from a federal immigration detention center. His lawyer, Anoop Prasad, said Keola’s family fought alongside U.S. soldiers during the Vietnam war. They fled the country when the war ended to avoid persecution and settled in California in 1988, where they became permanent residents.

He said Keola lived in a poor neighborhood with high rates of violence and joined a gang for protection. In 2001, he was convicted of second-degree attempted murder, voluntary manslaughter and assault with a firearm, the San Francisco Chronicle reported.

But during his time in prison, Keola’s good behavior eventually earned him a security level low enough to volunteer as a firefighter, Prasad said.

A federal judge has ordered Keola to be deported, but before that can happen Laos has to agree to take him. Prasad said Keola doesn’t have a birth certificate or other documents showing he was born in Laos, and he doesn’t have any family members who live in the country. Laos officials plan to interview him next month.

“I’m trying to be patient, just hoping that I’ll get out of here soon and not face deportation and go back to a country I know nothing of and where my family and I fled for a better life,” he said. “I’m just asking for a second chance to live this American life and to be a firefighter.”