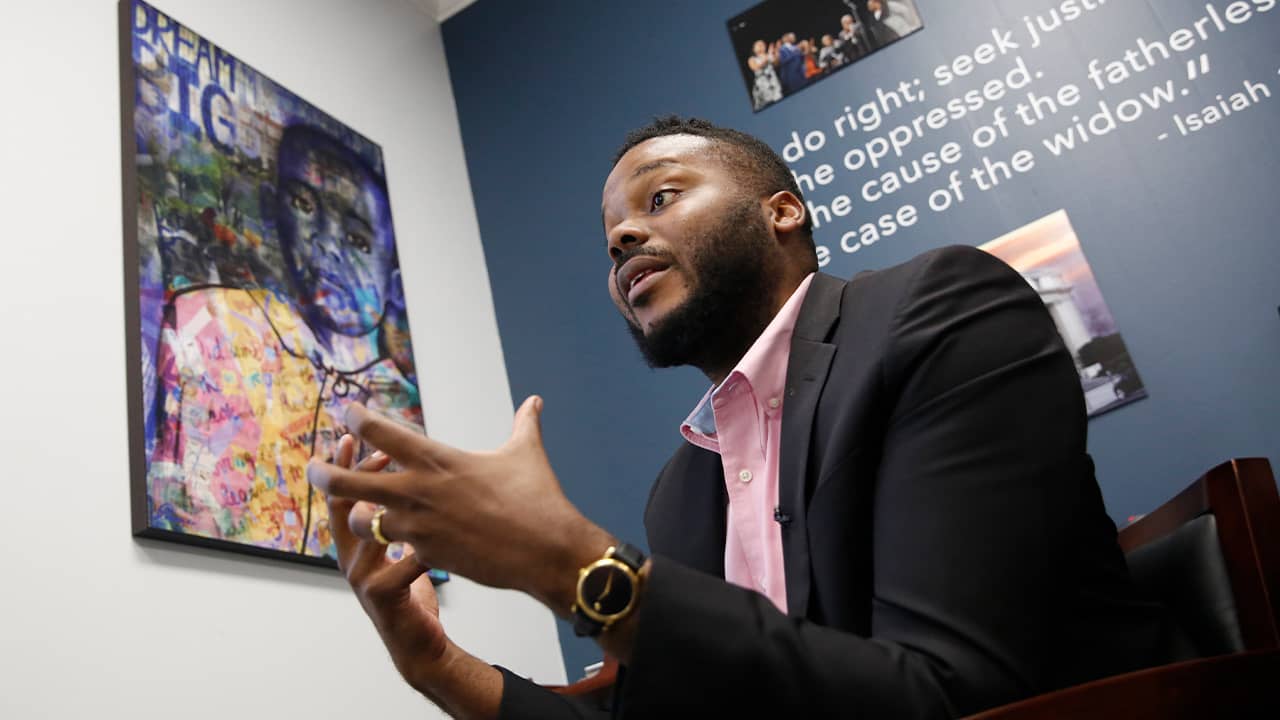 SACRAMENTO — One of the youngest mayors in the country, who garnered national attention for starting a privately funded program to give poor people $500 a month in guaranteed income, conceded that he has lost his bid for reelection in Stockton.

Four years after winning more than 70% of the vote, Mayor Michael Tubbs, 30, lost by more than 10 percentage points.

He conceded the race to Kevin Lincoln on Tuesday after an update of counted ballots showed he trailed by nearly 12,000 votes, with fewer than 12,000 ballots left to count.

“I am honored to have served as your mayor, and I will continue to support the work needed to move our city forward,” Tubbs said in a news release. “I congratulate Kevin Lincoln and wish him the best as our new mayor.”

It was a surprising defeat for Tubbs, the city’s first Black mayor, whose previous political campaigns were endorsed by the likes of Oprah Winfrey and Barack Obama. His compelling personal history — raised by a single mother while his father was in prison before getting a degree from Stanford and interning at the Obama White House — earned him national attention.

But he was most known for being one of the first mayors to revive a “universal basic income,” an old idea that got new life as the key plank in Andrew Yang’s unsuccessful presidential campaign.

Last year, Tubbs started the Stockton Economic Empowerment Demonstration, a privately funded program that gave 125 people $500 a month for two years to spend however they wanted. A team of academic researchers is monitoring the participants to measure the money’s impact on a range of issues, including mental and physical health.

The Program Made Him a Star

Financed in part by the nonprofit led by Facebook co-founder Chris Hughes, the program included a “storytelling” component that resulted in lots of news coverage, part of Tubbs’ goal to push other governments to adopt similar programs. Since then, mayors in 25 other cities have pledged to start their own guaranteed income programs as part of a group that Tubbs founded called Mayors for a Guaranteed Income.

The program, plus some of Tubbs’ other initiatives, made him a star. But it was an image that didn’t sit well with some of Stockton’s voters, according to Lee Neves, a Stockton-based political consultant who was not involved in the campaign.

“Stockton is a blue-collar town, and Michael brought in some ideas that I don’t think a lot of Stockton was comfortable with,” he said.

Voters chose Lincoln, a 40-year-old Republican who is Latino and Black. He was born and raised in Stockton but left to join the Marines in 2001. He later landed an assignment on Marine One, the helicopter that carries the president, during George W. Bush’s administration. He returned to California and worked for a private security company in Silicon Valley before coming home to Stockton to be executive pastor of LifeSong Church.

Lincoln said he’s already left his job at the church and will take office in January. He won’t oversee Tubbs’ guaranteed income program because it is run by a nonprofit that’s separate from the city. He said his goal is to focus on the priorities of Stockton residents.

“There has been a disconnect and a lack of trust and transparency between the residents of Stockton and their elected (officials),” Lincoln said. “Putting the needs and priorities of the people of Stockton first is going to take each and every one of us increasing our level of engagement.”