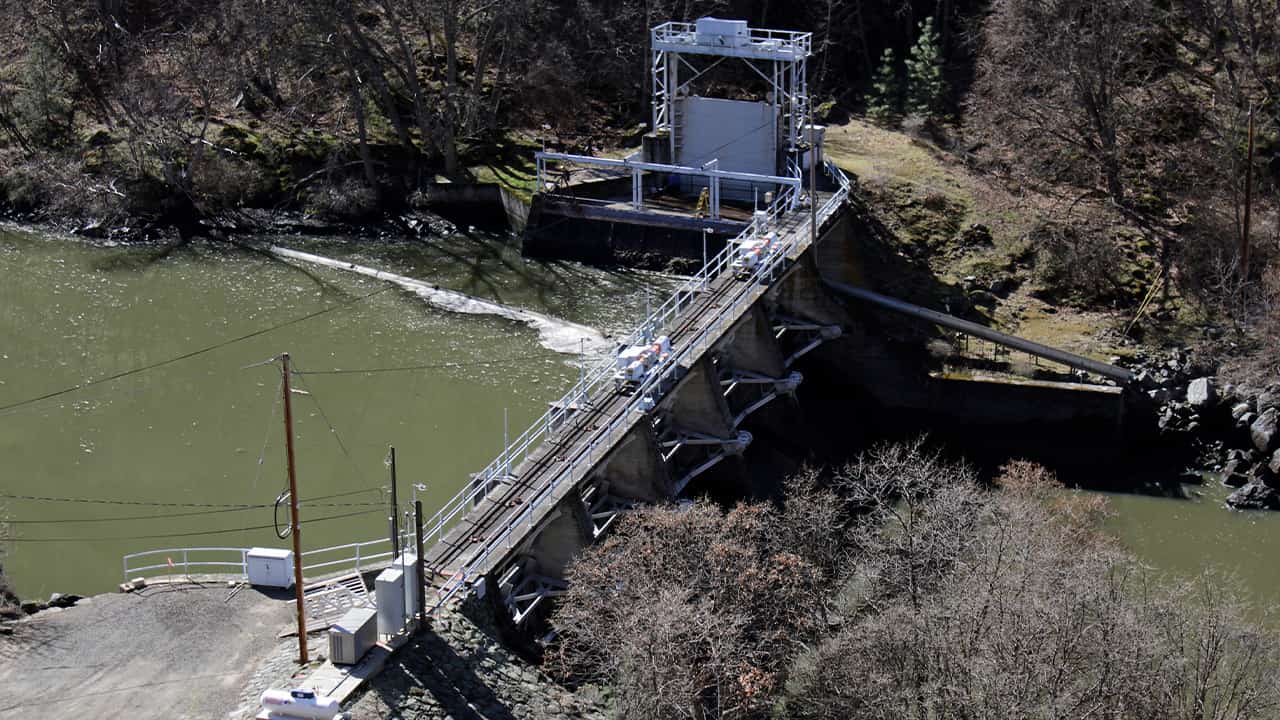 PORTLAND, Ore. — An agreement announced Tuesday paves the way for the largest dam demolition in U.S. history, a project that promises to reopen hundreds of miles of waterway along the Oregon-California border to salmon that are critical to tribes but have dwindled to almost nothing in recent years.

If it goes forward, the deal would revive plans to remove four massive hydroelectric dams on the lower Klamath River, emptying giant reservoirs and reopening potential fish habitat that’s been blocked for more than a century. The massive project would be at the vanguard of a trend toward dam demolitions in the U.S. as the structures age and become less economically viable amid growing environmental concerns about the health of native fish.

Previous efforts to address problems in the Klamath Basin have fallen apart amid years of legal sparring that generated distrust among tribes, fishing groups, farmers and environmentalists. Opponents of dam removal worry about their property values and the loss of a water source for fighting wildfires.

“It is bleak, but I want to have hope that with dam removal and with all the prayers that we’ve been sending up all these years, salmon could come back. If we just give them a chance, they will,” said Chook Chook Hillman, a Karuk tribal member who’s been fighting for the dam removal for years. “If you provide a good place for salmon, they’ll always come home.”

A half-dozen tribes spread across Oregon and California, fishing groups and environmentalists had hoped to see demolition work begin as soon as 2022. But in July, U.S. regulators stalled those plans when they questioned whether the nonprofit entity formed to oversee the project could adequately respond if there were cost overruns or accidents.

The new plan makes Oregon and California equal partners in the demolition with the nonprofit entity, called the Klamath River Renewal Corporation, and adds $45 million to the project’s $450 million budget to ease those concerns. Oregon, California and the utility PacifiCorp, which operates the hydroelectric dams and is owned by billionaire Warren Buffett’s company Berkshire Hathaway, will each provide one-third of the additional funds.

Parties to the new agreement shared details with The Associated Press in documents and interviews ahead of a news conference scheduled Tuesday.

The Federal Energy Regulatory Commission must approve the deal. If accepted, it would allow PacifiCorp and Berkshire Hathaway to walk away from aging dams that are more of an albatross than a profit-generator, while addressing regulators’ concerns. Oregon, California and the nonprofit would jointly take over the hydroelectric license from PacifiCorp until the dams are decommissioned, while the nonprofit will oversee the work.

Buffett called the reworked deal a solution to a “very complex challenge.”

“I recognize the importance of Klamath dam removal and river restoration for tribal people in the Klamath Basin,” Buffett said in a statement. “We appreciate and respect our tribal partners for their collaboration in forging an agreement that delivers an exceptional outcome for the river, as well as future generations.”

Removed would be the four southernmost dams in a string of six constructed in southern Oregon and far Northern California beginning in 1918.

They were built solely for power generation. They are not used for irrigation, not managed for flood control and have no “fish ladders,” or concrete chutes that fish can pass through.

They have blocked hundreds of miles of potential fish habitat and spawning grounds, and fish populations have dropped precipitously in recent years. Salmon are at the heart of the culture, beliefs and diet of a half-dozen regional tribes, including the Yurok and Karuk — both parties to the agreement — and they have suffered deeply from that loss.

Coho salmon from the Klamath River are listed as threatened under federal and California law, and their population in the river has fallen anywhere from 52% to 95%. Spring chinook salmon, once the Klamath Basin’s largest run, has dwindled by 98%.

Fall chinook, the last to persist in any significant numbers, have been so meager in the past few years that the Yurok canceled fishing for the first time in the tribe’s memory. In 2017, they bought fish at a grocery store for their annual salmon festival.

“At its heart, dam removal is about healing and restoration for the river, for the salmon, and for our people,” Yurok Tribe chairman Joseph James said. “We have never wavered from this obligation, and we are pleased to see dam removal come closer to reality through this agreement.”

PacifiCorp has been operating the dams under an extension of its expired hydroelectric license for years. The license was originally granted before modern environmental laws and renewing it would mean costly renovations to install fish ladders. The utility has said energy generated by the dams no longer makes up a significant part of its portfolio.

In the original deal, PacifiCorp was to transfer its license and contribute $200 million to bow out of the removal project and avoid further costs and liability. An additional $250 million comes from a voter-approved California water bond.

U.S. regulators, however, agreed only on the condition that PacifiCorp remain a co-licensee along with the Klamath River Renewal Corporation — a nonstarter for the utility.

They Say Their Waterfront Property Values Are Already Declining

Residents have been caught in the middle. As tribes watched salmon dwindle, some homeowners around a huge reservoir created by Copco Dam, one of those slated for removal, have sued to stop the demolition.

They say their waterfront property values are already declining because of news coverage associated with demolition and they worry about losing a water source for fighting wildfires in an increasingly fire-prone landscape. Many also oppose the use of ratepayer funds for the project.

On Tuesday, some Oregon lawmakers issued statements saying Gov. Kate Brown had violated her authority by authorizing the deal without legislative approval.

Further upstream, farmers who rely on two other dams are watching carefully. The removal of the lower four dams won’t affect them directly, but they worry it could set a precedent for dam removal on the Klamath.

More than 1,720 dams have been dismantled around the U.S. since 2012, according to American Rivers, and 26 states undertook dam removal projects in 2019 alone. The Klamath River project would be the largest such project by far if it proceeds.