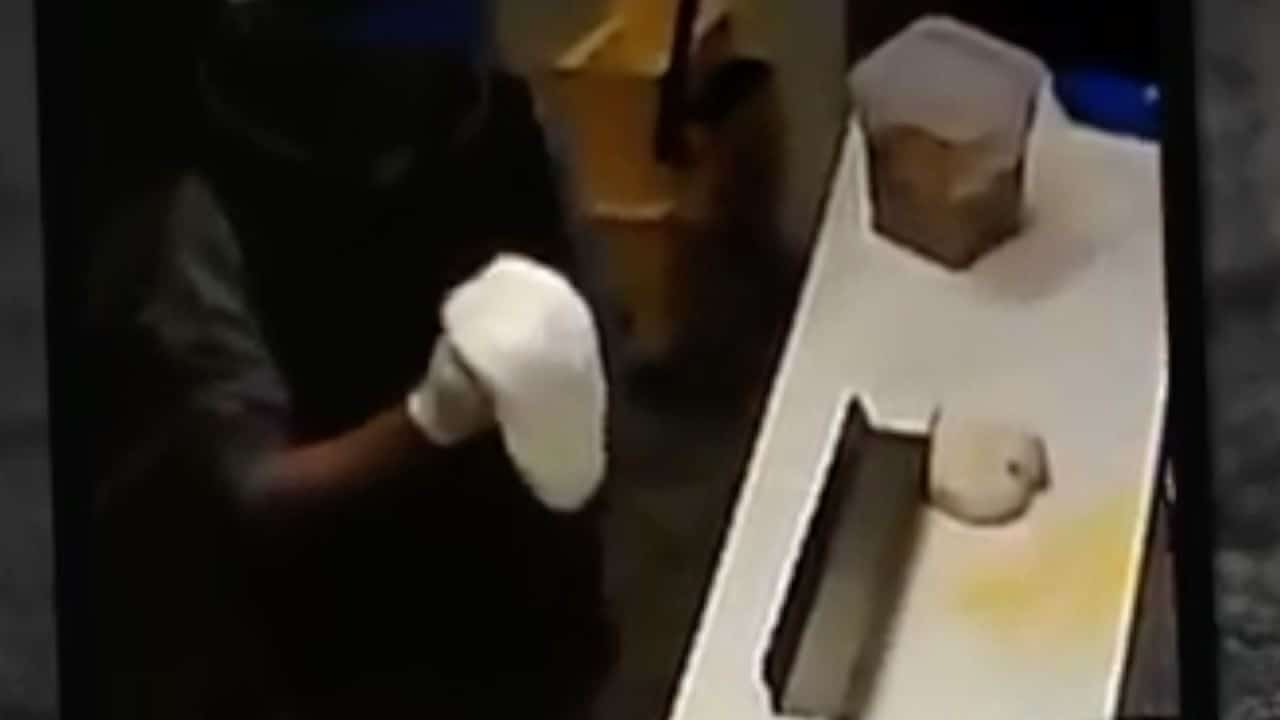 A thief took a break during his burglary of a Southern California pizzeria to make himself a pizza pie before fleeing with the restaurant’s delivery car, authorities said.

The suspect, later identified as 25-year-old Oscar Sanchez, broke into Big Slice Pizza in Fullerton on Nov. 8, police said. He was arrested on Wednesday and police posted security video of the pizza-making to Facebook on Friday.

Prosecutors have charged him on suspicion of grand theft, grand theft auto, second degree burglary, the possession of burglary tools and other crimes, The Orange County Register reported. It was not immediately clear if he had an attorney who could speak on his behalf.