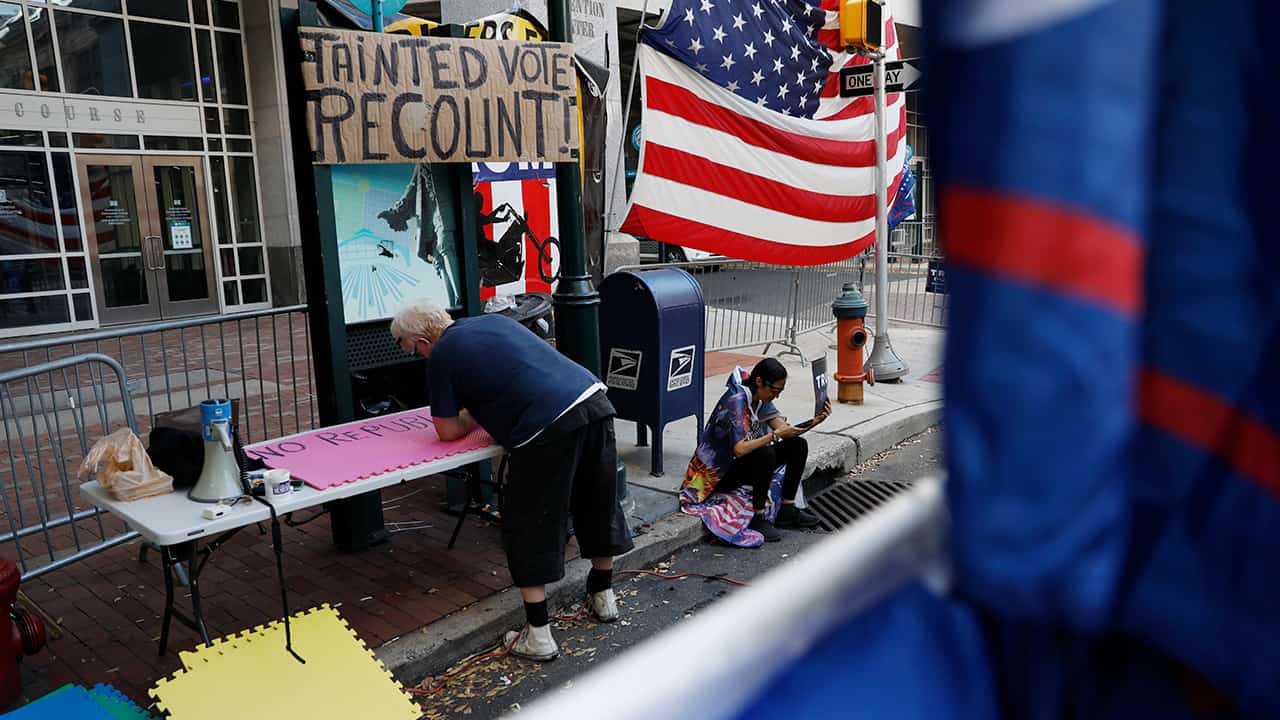 PHILADELPHIA — A federal appeals court in Philadelphia on Friday rejected an effort led by a Republican congressional candidate to block about 9,300 ballots that arrived after Election Day.

Smith said the panel sought to uphold “a proposition indisputable in our democratic process: that the lawfully cast vote of every citizen must count.”

The ruling involves the Pennsylvania Supreme Court’s decision to accept mail-in ballots that arrived by Friday, Nov. 6, three days after the close of polling places. That court had agreed with Democratic state officials who wanted to extend the deadline amid concerns about Postal Service delays and the pandemic.

State Republicans have separately asked the U.S. Supreme Court to review the issue. However, there are not enough late-arriving ballots to change the results in Pennsylvania, given President-elect Joe Biden’s lead. The Democratic former vice president won the state by about 60,000 votes out of about 6.8 million cast.

Separately, a national law firm that came under criticism for its work for the Trump campaign has asked to withdraw from a lawsuit that seeks to stop Pennsylvania officials from certifying the election results.

Legal giant Porter Wright Morris & Arthur filed the motion to withdraw Thursday, leaving local election lawyer Linda A. Kerns of Philadelphia as the campaign’s only remaining attorney on the federal court case in Williamsport. Kerns was meanwhile in court for the Trump campaign Friday in a state case in Philadelphia that involves a challenge to about 8,300 mail-in ballots in which voters made alleged technical mistakes. The judge in that case did not immediately rule.

The Trump campaign or Republican surrogates have filed more than 15 legal challenges in Pennsylvania as it seeks to reclaim the state’s 20 electoral votes, but have so far offered no evidence of any widespread voter fraud. They’ve pursued similar litigation in other battleground states, including Georgia, Arizona, Nevada and Michigan.

Porter Wright, amid criticism that law firms were helping Trump defy the will of the American people, appeared to take down its Twitter feed Tuesday after it was inundated with attacks. Federal Election Commission records show Trump and the Republican National Committee have paid the firm $732,824.92 since February, including $143,312 from an RNC account dedicated to “recount” efforts.

The firm did not reply to specific questions about the Twitter feed or whether it would likewise step down from other election cases involving President Trump. In a statement earlier this week, the firm said it had a long history of handling election law cases for Democratic, Republican and independent campaigns and issues.

“At times, this calls for us to take on controversial cases. We expect criticism in such instances, and we affirm the right of all individuals to express concern and disagreement,” the Ohio-based firm said.

The appeals court, in denying a request for a temporary injunction Friday, said it was not ruling on the wisdom of the extension or the state court’s power to grant it. Instead, the court said the private citizens who sued — the congressional candidate and several voters — do not have the right to stop ballots from being counted that were filed by voters following the stated rules. The ruling upheld a decision issued by a federal judge in Pittsburgh.

Related Topics:2020 ElectionPhiladelphia
Up Next