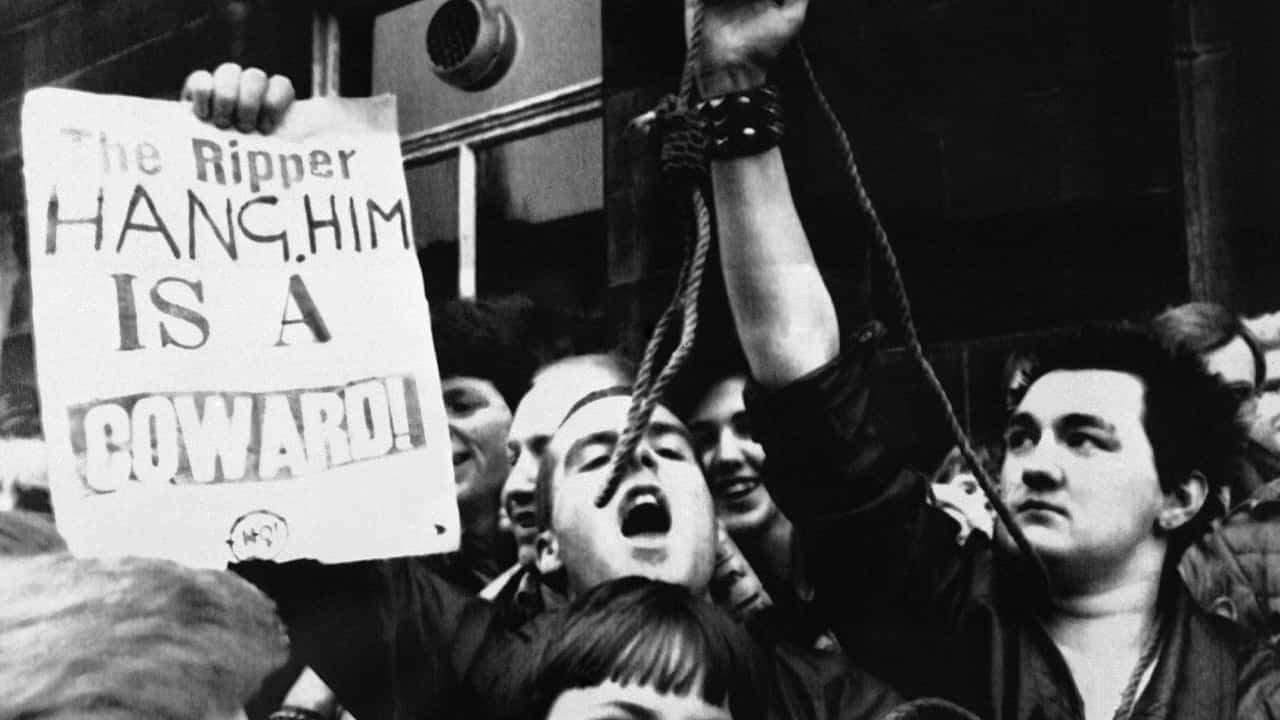 LONDON — The British serial killer known as the “Yorkshire Ripper,” a man who instilled terror and fear across northern England in the 1970s, died Friday at a hospital there. He was 74.

Peter Sutcliffe, a former grave digger, was serving concurrent life sentences for killing 13 women in Yorkshire and northwest England between 1975 and 1980.

This 1978 file photo shows Peter William Sutcliffe, the alleged ‘Yorkshire Ripper’. On Friday, Nov. 13, 2020, Britain’s Prison Service said that serial killer Peter Sutcliffe _ known as the Yorkshire Ripper died in the hospital. Sutcliffe was serving a life sentence after being convicted of murdering 13 women in northern England between 1975 and 1980. (AP Photo, files)

British media reported he had refused treatment after testing positive for COVID-19 and was suffering from a number of underlying health conditions. His death will be investigated by the coroner.

Sutcliffe’s barbaric attacks on young women were compounded by the police incompetence that allowed him to evade arrest and continue killing. The manhunt for the Ripper was one of the biggest the country had ever known, with some 2.5 million hours spent trying to catch him. Documentaries have chronicled how stubborn U.K. investigators stuck to their theories, missing key leads, ignoring contradictory evidence and wasting time in the hunt for the killer.

Although he was interviewed nine times in the investigation, Sutcliffe was only caught after being found with a prostitute in his car.

He was arrested on Jan. 2, 1981, in the English city of Sheffield, and later confessed, although he denied it at his trial. He was convicted on May 22, 1981, at London’s Central Criminal Court of 13 counts of murder, seven cases of attempted murder and was sentenced to 20 concurrent life terms.

During his trial, even Sutcliffe expressed surprise that he was able to carry on for so long.

The Police Had Found Themselves Overwhelmed With Information

“It was just a miracle they did not apprehend me earlier — they had all the facts,” he said.

The police had found themselves overwhelmed with information, and a card system they created was improperly cross-referenced, causing key facts to be misplaced. Details about his appearance, such as a gap in his teeth and size seven feet, were not flagged.

During one of his interviews, officers showed Sutcliffe a picture of the Ripper’s boot print near a body but failed to notice that he was actually wearing the boots in question.

In another blunder, a victim who survived being hit in the head with a hammer, Marcella Claxton, was able to help police produce an image of the suspect that later proved to be accurate. But her testimony was discounted by police, who thought she was not a Ripper victim because she was not a prostitute, as were some of his other victims.

After he was convicted, Sutcliffe spent a long time in Broadmoor Hospital in Berkshire. He was transferred to HMP Frankland in 2016 after being deemed stable enough to serve time in prison.

Sutcliffe reportedly suffered from a range of poor health conditions before his death, including heart trouble, diabetes and obesity.

Top Officials: Nov. 3 Election Most Secure in US History