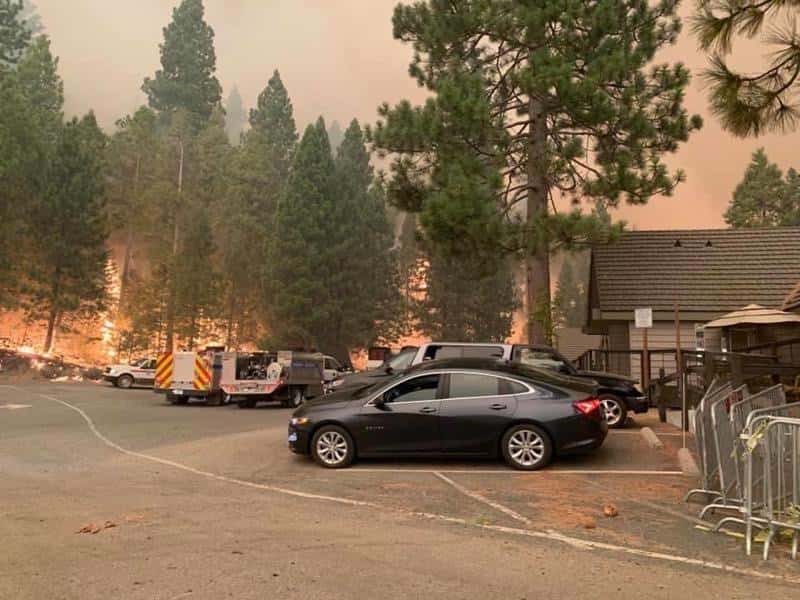 Within days of sparking on Sept. 4, California’s Creek Fire was powerful enough to produce its own pyrocumulonimbus — a thunderhead of wind, rain, smoke and fire. The mushroom-cloud-like plume was the largest ever seen in the U.S., a monumental illustration of a catastrophic fire season and of the scale of loss below: tens of thousands of acres burning in the Sierra National Forest, at the southern end of the mountains John Muir called the Range of Light.

Now the largest single-ignition fire in state history, the Creek Fire is still burning, consuming huge swaths of that mixed-conifer landscape every day, at one point traveling an unprecedented 15 miles in one day. But a few rare spots have been spared. One is a cut of land just east and south of Shaver Lake. It is a stark contrast with the nearly 400,000 acres of forest to the north and west that have burned so severely that much of the landscape, said Kent Duysen, the owner of a nearby sawmill, looks like a “nuclear site.”

But around Shaver Lake, years of strategic tree-thinning and prescribed burning by forward-thinking foresters likely made the difference. “It’s because of the fuel reduction we did. That was the only reason that those lands survived,” said John Mount, a retired forester for Southern California Edison.