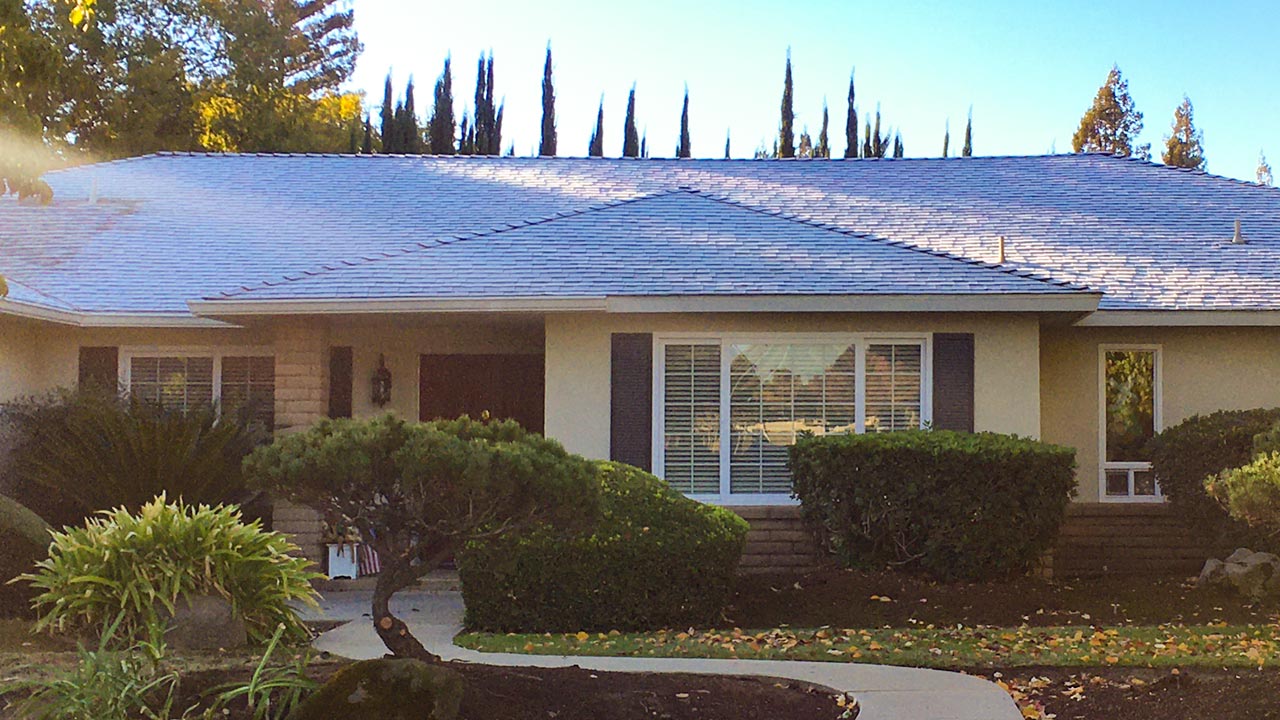 Yosemite, Shaver Lake, and the Grapevine all received varying amounts of snowfall over the weekend. On the Valley floor, overnight temperatures in Fresno fell to 32 degrees Monday morning, down to 31 degrees in Lemoore and 30 in Madera, the National Weather Service office in Hanford said.

Forecasters issued another freeze warning for Tuesday morning which could possibly continue through Wednesday morning.

Fresno received about a tenth of an inch of rain from the weekend storm, the Weather Service said, with other areas of the Valley floor receiving more, including Delano with four tenths of an inch.

Price says it was a short burst and the hail melted away pretty quickly.

A bit of #hail falling in NE Fresno. pic.twitter.com/uY10HKsdJM

The precipitation at higher elevations appears to have helped firefighters who’ve been battling the Creek Fire Since September 4. “It wasn’t a lot of snow and it was really patchy but it was just enough with the higher relative humidity to put the fire to bed, for the most part,” said Alaska Incident Management Team Operations Section Chief Casey Boesflug. The fire is 379,729 Acres and 70% contained.

Some of the low temperatures in the past 12 hours reported by the weather service include:

Here is a graphical image of precipitation totals from the weekend storm system. Values are compiled from automated gages, courtesy of the California-Nevada River Forecast Center. #cawx pic.twitter.com/znRw3GGx51

The Fresno County Sheriff’s Office posted several photos of snow on the ground in and around Shaver Lake Sunday morning.

Shaver Lake Pizza posted on Facebook, “It’s that time of year where we remind everyone to check in with CHP & Caltrans on current road closures and chain requirements. Due to many of the Sno-parks and other play areas being damaged in the fire, it may be a bit before things get back to normal.”

KABC-TV reported cold weather and blowing snow made for hazard driving conditions, prompting the California Highway Patrol to escort drivers through the Grapevine on Sunday.

The Fort Tejon CHP reports Monday morning the Grapevine is open with no foreseeable threat of a closure in the near future. “It’s sunny and about 30 degrees this morning,” writes the CHP on their Facebook page.

KABC reporter Leanne Suter posted video of what the conditions were like there Sunday night.

The USFS says after more than two months, Mother Nature finally lent a helping hand to firefighters. Light precipitation in the form of snow at higher elevations and rain at lower elevations fell over the fire area Saturday.

It marked the first wetting rain (one-tenth of an inch or more) in the area since May 18, a period of 172 days. Though it was just a dusting, the snow that fell in the high-country wilderness along the Fish Creek drainage below Pumice Butte on the northeast corner of the fire about 5 miles south of Mammoth, where the fire has been most active in recent days, definitely helped subdue fire behavior.

More snow is forecast today, with 4-8 inches expected between 4,000-7,000 feet elevation and 10-16 inches at higher elevations. At lower elevations below 4,000 feet, forecasters are calling for 0.25 to 0.75 inches of rain. It remains to be seen if the storm system will produce a season-ending event but “it bodes very well,” said incident Fire Behavior Analyst Byron Kimball. “We may see smoke but we definitely won’t see any movement because the fine fuels have been taken out of the equation,” he said.

A virtual public meeting will be held Monday at 7 p.m. and will air live on the Sierra National Forest Facebook page (www.facebook.com/SierraNF) and the Creek Fire YouTube channel  (https://bit.ly/2HhOSh8).