For decades, Fresno has battled with the proliferation of liquor stores across the city. In response, the City Council last month enacted new development rules aimed at reducing the number retailers that sell beer, wine and spirits in Fresno.

But even after developers of a proposed 7-Eleven store in central Fresno — across the street from Roosevelt High School — abandoned plans to sell alcohol because of council objections, they still struggled to get approval for their store.

Neighbors filed protests, complaining about potential tobacco sales, traffic and pollution. The land is zoned for commercial use, meaning the developer had a right to build a store. But the inclusion of gas pumps in the plans, which require a Conditional Use Permit, gave councilmembers the chance to scrutinize the project Thursday – and ultimately decide its fate. 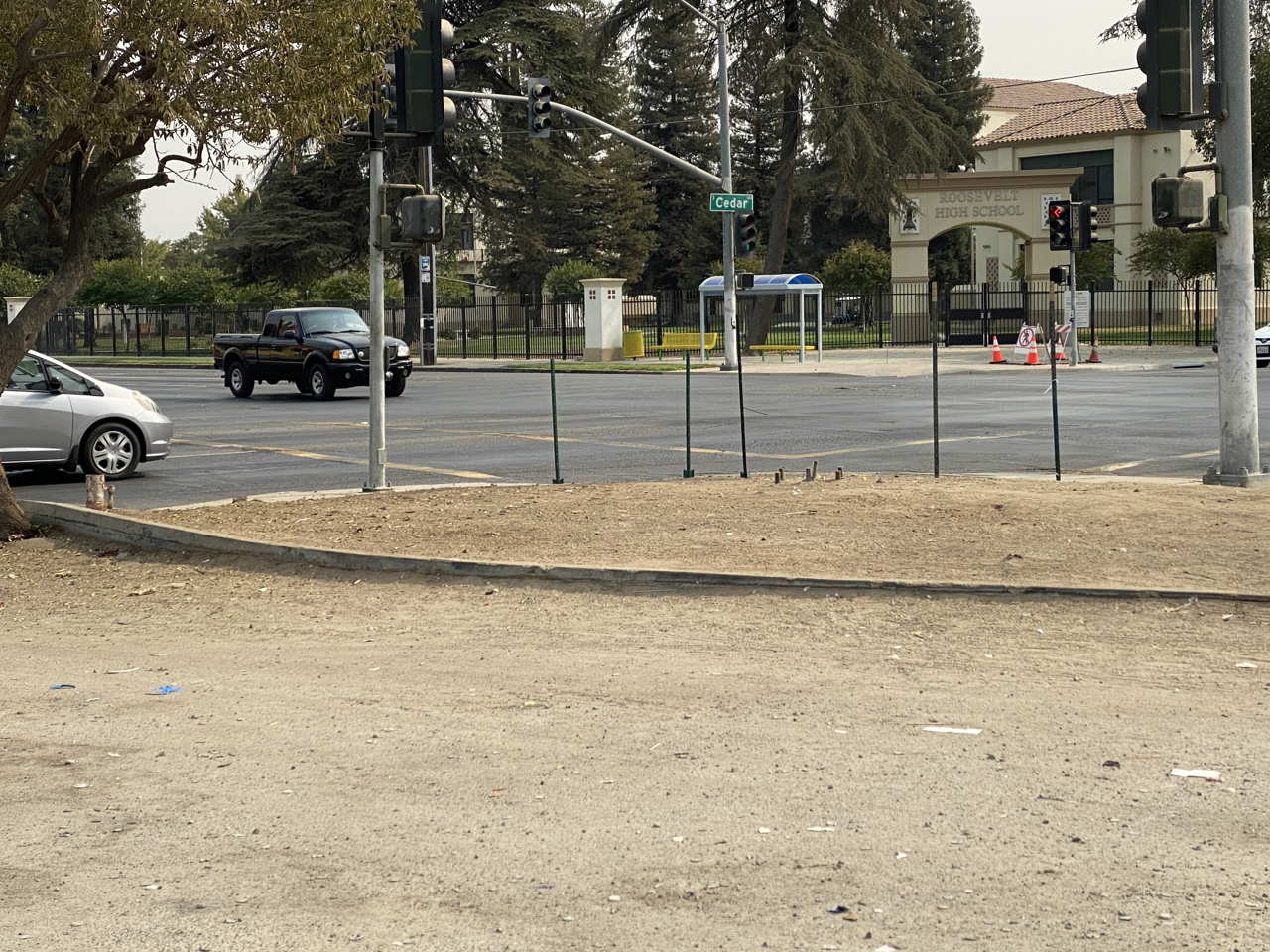 This empty lot, across the corner of Roosevelt High School, is slated to be the site of a future 7-Eleven. (GV Wire/David Taub)

Esparza: No Alcohol There, Ever 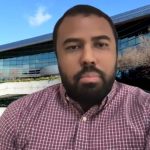 “Lock alcohol out and throw the key away ultimately is my goal here.” — Councilman Nelson Esparza

In September, the planning commission gave its blessing to the convenience store/gas station project. But, it was appealed by the area’s councilman, Nelson Esparza, who echoed the concerns of the planned store’s neighbors.

“No one is asking for another convenience store. We want to go beyond just sort of stopping the bad and looking towards opportunities for healthier developments within the community,” Esparza said.

Esparza was also concerned that an alcohol sales could be allowed at some point in the future. He vowed not to let that happen.

“Lock alcohol out and throw the key away, ultimately, is my goal here,” Esparza said.

City Council President Miguel Arias was leery of promises made by the store’s developers to keep the property clean.

“I’ve seen a 7-Eleven across the street with this promise of high standards. But operationally, there isn’t any follow through,” Arias said.

Sid Wiener, developer for 7-Eleven, told the City Council that his revised application revised the design of the building to match that of neighboring Roosevelt High. He also committed $30,000 for the purchase of a scoreboard for the school’s football stadium, a move applauded by the schools athletic director Larry Lopez.

The 7-Eleven operator previously committed to selling fresh fruit in the store and Wiener even committed to making a $5,000 contribution to help maintain nearby parks.

As the discussion continued, other council members asked whether Wiener and the store operators would commit to adding a mural at the property and to offer Roosevelt students internships or jobs. Wiener did not oppose those ideas, but said he could not make promises on the various requests.

“One, I think it’s unseemly. Two, I think it’s wrong,” Bredefeld said. “Whoever comes before us with a prospective business, I don’t think we should be hitting them up here because we hold a lot of power over their project. And what if they don’t want to do it and yet they meet all the requirements?”

Arias agreed with Bredefeld on that point.

“I think is dangerous grounds when we start asking business applicants to pay for public facilities,” Arias said.

While Arias joined Esparza in opposing the 7-Eleven’s permit, it was ultimately approved on a 5-2 vote.

Last month the city council approved the Residential Neighborhood Market Act. The legislation greatly restricted land use for any store wishing to sell alcohol. One changes is for those future businesses to purchase at least one additional state liquor license from an existing store owner, and retire it.

Even with the law’s passage, council is grappling with concerns that the potentially costly rule will hamper the establishment of  new neighborhood grocery stores. A supplemental bill is in the works to provide financial incentives or offsets for healthy food stores in underserved areas.

While the RNMA does not officially go into effect until Nov. 15, there are currently three pending store applications moving through the city’s approval process.

On Wednesday night, the planning commission approved one CUP for a liquor store-gas station combination in northeast Fresno.

The commission also denied an appeal from a proposed 7-Eleven at Chestnut and Olive — from a different developer than the Tulare and Cedar site — upholding a planning department decision not allowing them to sell alcohol.

The big difference between the two was a ‘saturation’ of existing liquor stores in each proposed location. There are no alcohol retailers nearby to north Fresno location, but two are located in the vicinity of the proposed 7-Eleven.

During Thursday’s meeting, the council approved a CUP for a Johnny Quik Food Store to sell beer and wine, with several restrictions. The limitations included no alcohol sales after 12 a.m., the installation of an art or mural project, and no outdoor Amazon deliver boxes permitted.